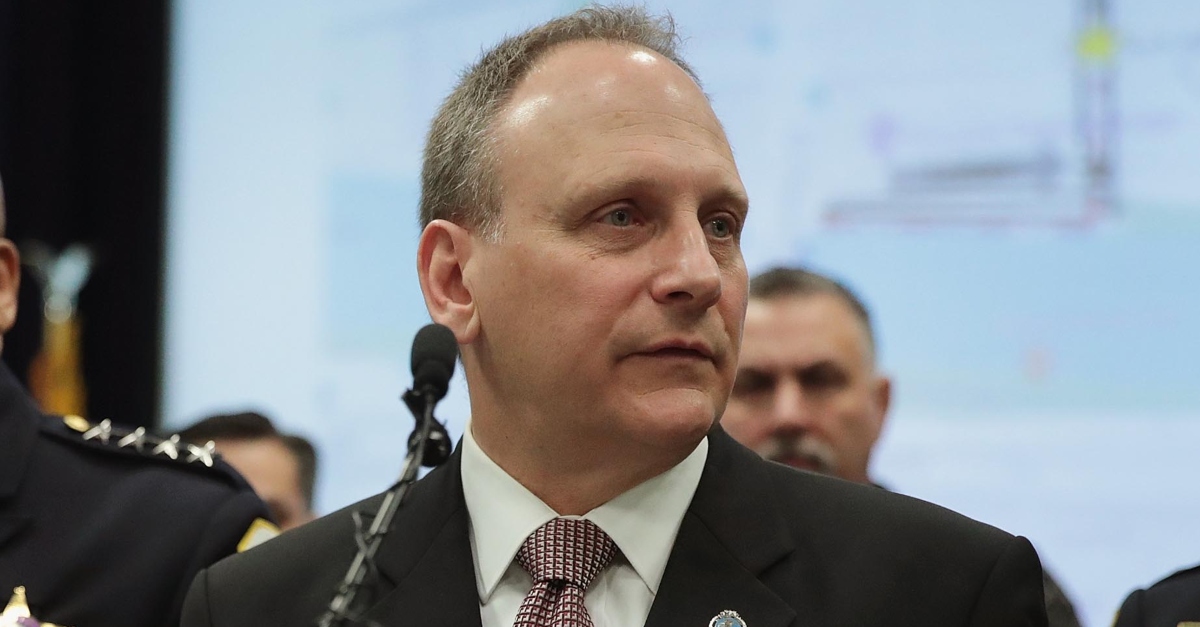 Commander Edward Wodnicki was reassigned pending the Chicago Police Department investigating the allegation that he led Indiana State Police on a 100 mph pursuit. Law&Crime readers might remember him as lead investigator in the Jussie Smollett investigation.

Chicago PD executed over 50 search warrants and subpoenas during investigation of the case, according to Edward Wodnicki https://t.co/MfyQuQi1uf pic.twitter.com/NvPVf59LOP

“Based on information received from the Indiana State Police regarding Commander Wodnicki, Chicago Police Superintendent Eddie Johnson has ordered an internal investigation into the entirety of a June 12, 2019 traffic stop,” CPD spokesman Anthony Guglielmi said in a statement obtained by  The Chicago Tribune.

Wodnicki will work with the Bureau of Technical Services in the meantime. He was on the way to work on a case in Chicago at the time of the June 12 incident, Guglielmi said. It was a death investigation.

“Where he was in Indiana and all that part, the traffic stop itself, all of that will be a focus of the Internal Affairs investigation,” said Guglielmi.

It was unclear why Wodnicki was in Indiana at the time, by Chesterton, about 45 miles away from Chicago. Cops said Wodnicki was speeding at over 100 mph while on a cell phone at a 70 mph zone.

“On his cell phone,” the trooper wrote. “He is not stopping. Passing. Waved at me when I pulled up next to him.”

State police went as far as to put out spike strips, and Wodnicki stopped before running those over, they said.

Porter County Prosecutor Gery Germann said that Wodnicki was issued a ticket for only going 80 mph after investigators determined the commander wasn’t fleeing, just trying to get to work.

“Once we got everything organized, we weren’t overly concerned with it,” he said.