‘Doomsday Preppers’ Charged in Physical, Sexual Abuse of 2 Victims in Their Care: Deputies 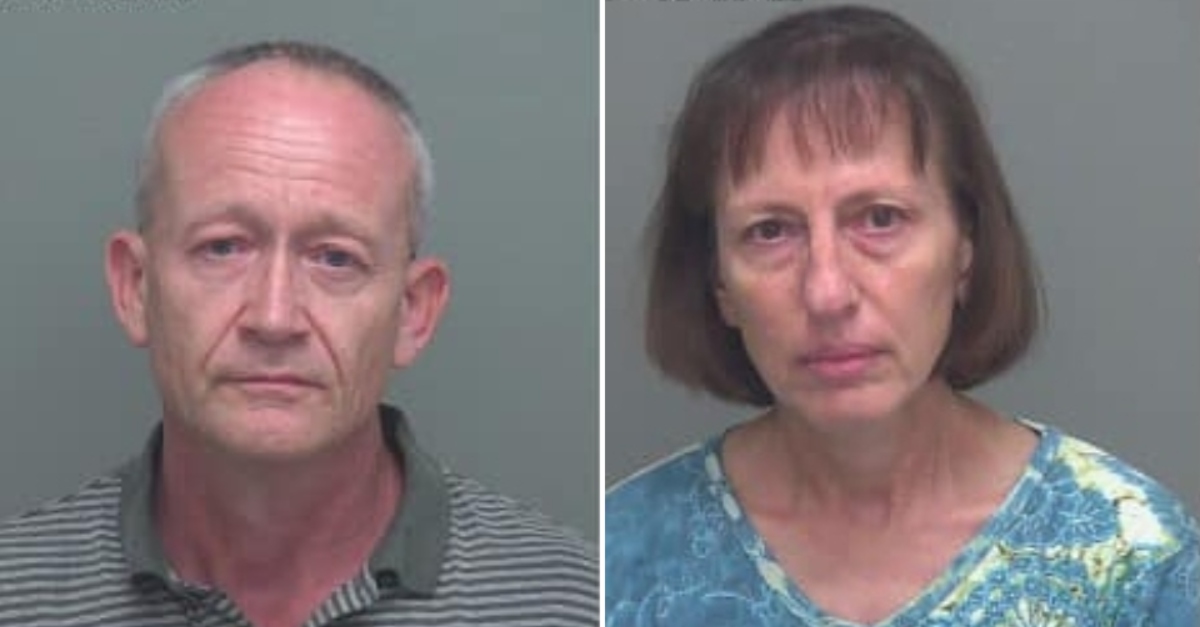 Florida couple Mirko Ceska, 58, and Regina Ceska, 55, were arrested Friday in the sexual and physical abuse of two victims, said the Wakulla County Sheriff’s Office. The former is charged with sexual battery, sexual assault, abuse, and neglect. The latter faces counts of neglect and failure to report abuse.

Deputies vaguely described the two alleged victims as “females,” who were in the defendants’ “custodial responsibility.” In any case, the pair reported the abuse to deputies on July 1, officials said.

They claimed they had escaped from the Ceskas three days before. The “females” said the defendants had subjected them to physical and sexual abuse for years, according to the sheriff’s office. They gave a pretty detailed description of life with this couple, investigators said.

From the news release by the Wakulla County Sheriff’s Office:

The females described Mr. and Mrs. Ceska as doomsday preppers who had getaway properties located throughout the United States and food rations and weapons stored in the event of a major calamity. The females stated they had been trained to raise pigs, raise sheep, grow various fruits and vegetables, sheer sheep, utilize a loom, and sew. The females reported they were utilized as farm labor and began each day at 5:30 a.m.

According to authorities, the alleged victims said the Ceskas kept them from going anywhere, prevented them from having friends, prohibited them from possessing cell phones, and ordered them not to talk to people in public areas.

They stated they were not allowed to agree, talk or shake hands with anyone in public; rather, they were instructed to always look happy. The[y] stated that if they didn’t smile, they would get punished.

Abuse include verbal outbursts, limiting their food, and beatings. For example, Mirko Ceska beat one of the alleged victims with a metal rod, authorities said. Investigators claimed that the alleged victim did have bruises on her back and arm. Other evidence included video showing Mirko screaming at the victims over “stolen food.” There was also an internet search history on his phone concerning “incestuous video.”

While Regina Ceska isn’t charged with sexual assault, she allegedly provided “support” in some of those acts, deputies said.

It’s unclear if the defendants have attorneys in this matter.