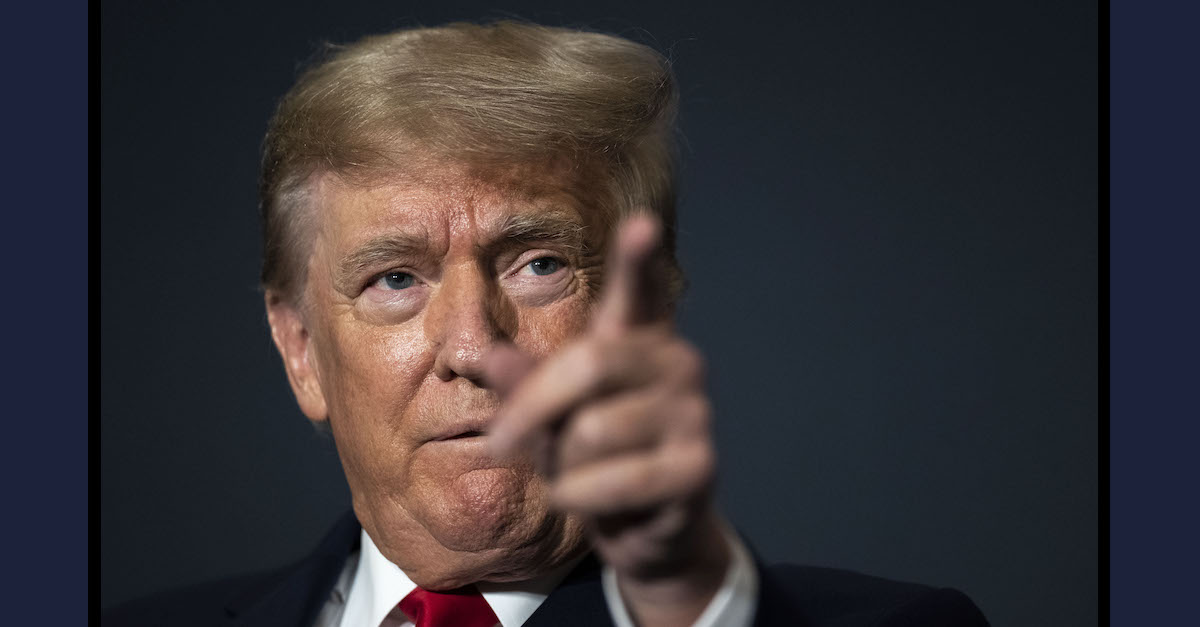 The 22-page motion in opposition the DOJ’s motion for a partial stay pending appeal attempted to undercut the government’s “serious harms” position by pointing to recent “unauthorized leaks” of information about the allegedly “classified records” in question.

“The Government is apparently not concerned with unauthorized leaks regarding the contents of the purported ‘classified records,’ and would presumably be prepared to share all such records publicly in any future jury trial,” the motion argues in a footnote – which contains a link to a Sept 6, 2022 Washington Post story titled: “Material on foreign nation’s nuclear capabilities seized at Trump’s Mar-a-Lago.”

While not the locus of the 45th president’s legal argument, or even necessarily front and center in the motion, the issue of leaks is already, and may increasingly be, a salient point in the upcoming disputes.

“[F]or the record, these leaks are very problematic,” national security attorney Kel McClanahan, who has generally been critical of Trump’s legal position in the case, tweeted on Monday morning. “They already formed the basis of Cannon’s original order. I understand why the person is leaking them, but they need to keep in mind that if they end up losing this fight, it will be in large part because of them.”

The foremost legal argument advanced in the motion asking Trump-appointed Judge Aileen Cannon to deny the stay is that the judge “was correct” and well within her authority when she granted Trump’s request to appoint a special master to review the documents for attorney-client privilege and executive privilege in the first place.

At the heart of the smaller dispute within the broader dispute, Trump argues, are the underlying allegations in the case itself.

From the filing, at length [emphasis in original]

President Trump clearly has an individual interest in and need for the seized property. The record reflects the material seized from President Trump’s home includes not just “personal effects without evidentiary value” but also approximately five hundred pages of material that is likely subject to attorney-client privilege, as well as medical documents, and tax and accounting information. [ECF Nos. 40-2, 48]. The Government contends that President Trump can have no such interest in the purported “classified records.” But, again, the Government has not proven these records remain classified. That issue is to be determined later.

“However, there still remains a disagreement as to the classification status of the documents,” the filing goes on. “The Government’s position therefore assumes a fact not yet established.”

In last week’s motion for a stay pending appeal, DOJ attorneys wrote that “the government and the public are irreparably injured when a criminal investigation of matters involving risks to national security is enjoined.”

The government argued that, although Cannon’s order would not “impede the classification review and/or intelligence assessment by the Office of the Director of National Intelligence,” the joint FBI-DOJ own assessment of the documents could not be “readily segregated” from that being done by the intelligence community. All of those ongoing assessments, the DOJ claims, are necessary to “mitigate any national security risks presented.”

Trump’s latest motion rubbishes those concerns – and again, the issue of leaks becomes paramount to the argument.

“[T]he Government advances the untenable position in its Motion that the secure review by a Court appointed and supervised special master under controlled access conditions is somehow problematic and poses a risk to national security,” the first footnote concludes.

In response to the DOJ’s complaint that a special master review would make the “expeditious” resolution of the case less likely, Trump says slowing down the proceedings won’t result in irreparable harm.

“[N]either leaks nor the prospect of a public jury trial appear to raise any concerns regarding irreparable harm,” another footnote says. “Apparently, only the secure review by a Court appointed and supervised special master under controlled access conditions poses a risk to national security.”