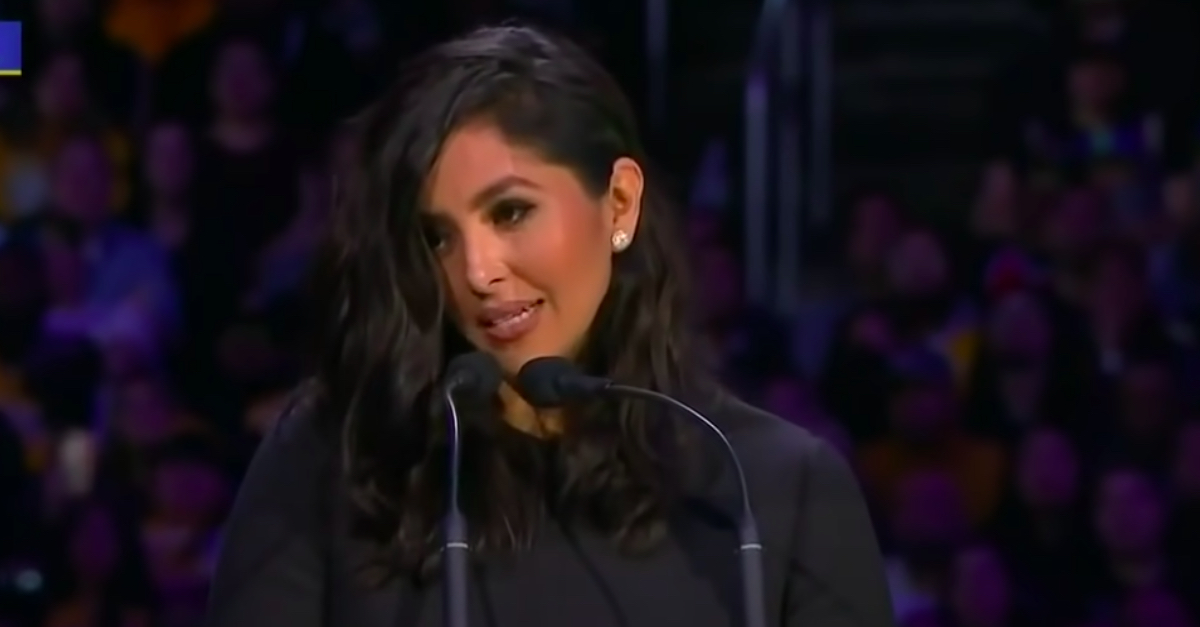 A federal judge in California ruled that the identities of four Los Angeles County sheriff’s deputies who allegedly took unauthorized, grisly photos from the site of the deadly helicopter crash that killed Kobe Bryant, daughter Gianna Bryant, and seven others can be made public via a lawsuit by the late NBA superstar’s widow, Vanessa Bryant.

U.S. District Judge John F. Walter of the Central District of California on Monday rejected the L.A. Sheriff Department’s request to seal the names and ranks of the deputies as well as verbatim quotes from an Internal Affairs Bureau report on the matter.

Emphasizing the court’s “strong presumption of access” and the public’s vested interest in cases involving police misconduct, Judge Walter, an appointee of George W. Bush, reasoned that the department had failed to meet the “compelling reason” standard for keeping the names and ranks of the accused deputies confidential.

“Although the Court recognizes that this case has been the subject of public scrutiny and media attention and that the Deputy Defendants are legitimately concerned that they will encounter vitriol and social media attacks, such concerns, by themselves, are not sufficient to outweigh the public’s strong interest in access,” Walter wrote. “Moreover, Defendants’ concern that hackers may attempt to seek out and gain access to the individual deputies’ devices to locate any photographs and publish them is totally inconsistent with their position that such photographs no longer exist.”

Attorneys representing the department had argued that revealing “personally identifying information” (PII) about the deputies would pose a direct threat to their health and safety.

“[T]he incident in question has already generated significant vitriol and social media attacks against the individuals involved,” department attorneys wrote last month in a motion to keep the information sealed. “Most importantly, tabloids have used hackers in similar cases to obtain access to electronic files stored on personal devices or in the cloud. Not sealing the Deputy Defendants’ names increases the risk that hackers will seek out and try to gain access to the individual deputies’ devices to locate any photographs and publish them to the public. Plaintiff should want sealing for this same reason.”

Vanessa Bryant initially filed the civil lawsuit against the department and L.A. County last year after the department acknowledged that several of its deputies had shared photos of the crash site without authorization. Bryant is seeking damages for invasion of privacy and negligence.

“As the district court stated in [Macias v. Cleaver], ‘contrary to Defendants’ assertions otherwise, courts have recognized that victims, witnesses, and other officers may be more likely to participate in investigations or discipline proceedings if they believe their reports of misconduct will be thoroughly and fairly investigated,’” he wrote. “Moreover, Sheriff [Alex] Villanueva’s promise to publicly release the IAB report after the conclusion of the investigation undermines Defendants’ purported concern in the disclosure of the limited excerpts at issue here.”

Nine people died in the helicopter crash on January 26, 2020: