‘I Did Not Do It’: Federal Court Vacates Murder Conviction of Woman Who Was Dubbed ‘Black Widow’ After Real Estate Mogul Husband’s 1994 Death 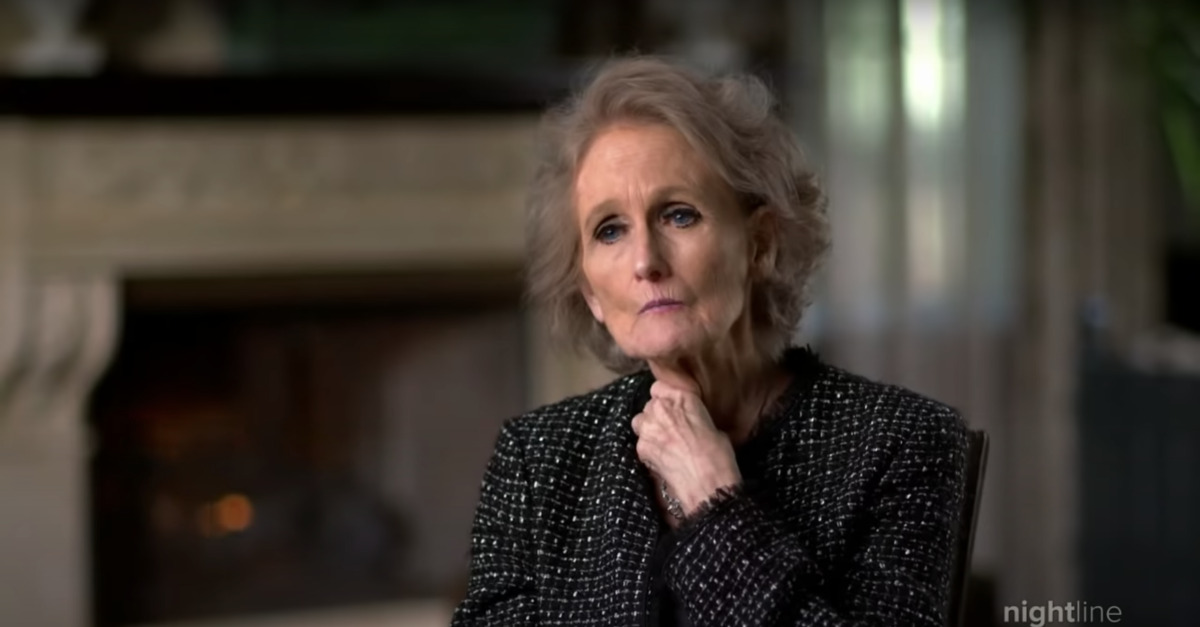 Vindication has come for a septuagenarian Las Vegas woman who served well over a decade in prison after she was convicted of murdering her husband for his vast fortune in 1994.

Ron Rudin, a 64-year-old millionaire real estate baron, disappeared in December 1994 while walking back to his office from his wife’s antique shop. His charred and dismembered remains were eventually recovered near Lake Mohave, an artificial reservoir on the Colorado River created in 1951 as part of the Lake Mead national recreation area, some 45 miles outside of Las Vegas. Near the remains were the remnants of a similarly burnt trunk. Police also determined that Ron Rudin had been shot four times in the head.

Some blood spatter was discovered in the bedroom of the couple’s home–after what police said was an attempt to clean the blood away. Police would later interview a handyman who claimed he was hired by Margaret Rudin to clean up a blood-covered mattress and some blood on a section of carpet. Authorities later determined that the victim was shot with his own gun–one that had been stolen and reported missing in 1988. The couple had been married the year before–the fifth marriage for both bride and groom.

In 1997, a grand jury indicted Margaret Rudin for the murder of her husband–though she previously left the state.  In 1999, after some two-and-a-half years, she was arrested in Massachusetts.

Dubbed the “Black Widow” by local media over the large sum of money she stood to inherit, but ultimately did not due to a lawsuit filed by her slain husband’s estate, the since-exonerated woman was found guilty by jurors in Clark County in May 2001 and sentenced to life in prison with the possibility of parole after 20 years in August 2001. In January 2020, she was paroled.

Throughout her long period of incarceration, Margaret Rudin maintained her innocence, that prosecutors acted outside the scope of the law, and that her legal defense was never up to par. Most of her appeals went nowhere–though solely for procedural reasons. She was never allowed to present her claims in court on the merits.

In September 2014, the U.S. Court of Appeals for the Ninth Circuit again dismissed her claims, this time a habea corpus petition, on procedural reasons while taking stock of some of the underlying issues surrounding her case.

From that opinion at length:

We are troubled by the outcome of this case for many reasons. Margaret Rudin’s direct appeal and collateral review proceedings have been pending in either state or federal court for a combined total of 13 years. She has potentially meritorious claims that she has suffered prejudice at the hands of her own attorneys’ egregious misconduct. Yet she has never had an opportunity to present those claims in court.

Rudin’s defense counsel, [Michael] Amador, indisputably engaged in egregious professional misconduct during the course of her underlying criminal trial. On direct appeal of her judgment of conviction, the Nevada Supreme Court acknowledged that Rudin’s trial was plagued not only with inadequacies on the part of defense counsel, but also with prosecutorial misconduct and legal error on the part of the State and the court.

Less than a year later, the Ninth Circuit withdrew the above opinion and signed off on a lower court ruling that the defendant was entitled to a new trial. Less than a year after that, the U.S. Supreme Court denied a petition from the Silver State challenging the grant of a new trial.

On Sunday, U.S. District Judge Richard Boulware II vacated Margaret Rudin’s conviction. As a result, she will no longer be subject to any conditions of parole or supervised release.

From the 68-page ruling:

Rudin is entitled to relief on the merits because she was denied effective assistance of counsel at trial in violation of the Sixth and Fourteenth Amendments. This Court therefore will grant a conditional writ of habeas corpus vacating Rudin’s convictions, subject to the State’s ability to retry Rudin per the conditions and time periods established at the end of this order.

The court elaborated on the ineffective assistance of counsel claims by noting allegations against her trial attorney:

Anita Jackson, a staff assistant to Amador from November 2000 until she resigned after the trial in May 2001, attested in a post-trial affidavit, inter alia, that: (1) Amador lied to the court because he had book and movie contracts regarding the Rudin case; (2) Amador put the contracts “in his little safe in the back closet” and indicated he did not want anyone to find them; and (3) Amador was affiliated with WeaselSearch.com, a website that covered the entire trial

The state now has 30 days to decide whether or not to appeal the court’s ruling or re-file murder charges against her.

“Margaret has served her complete sentence in prison and the further prosecution of Margaret Rudin accomplishes nothing,” Greg Mullanax, an attorney who represented Margaret Rudin during the years-long appeals process, said in a statement obtained by Las Vegas NBC affiliate KSNV. “Margaret will be 79 years old in a couple of weeks and would like to live her remaining years in peace.”

Clark County prosecutors say that their office re-trying the case is exceedingly unlikely.