Why Was David Malpass in Ukraine? | Law & Crime 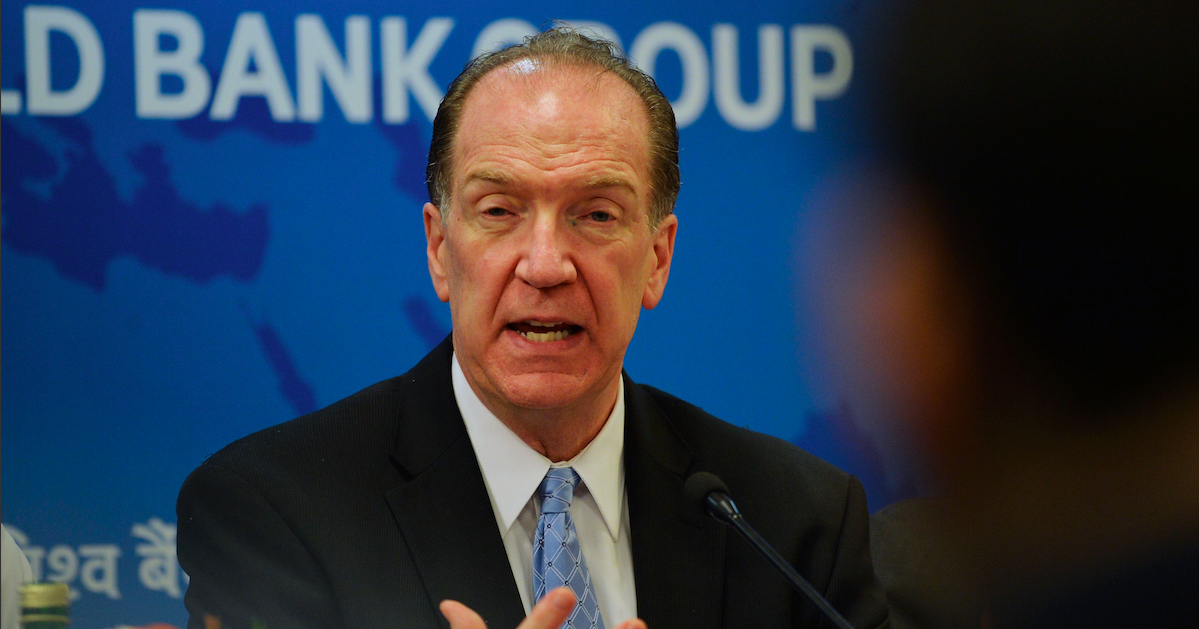 A bloc of House Democrats want answers as to why David Malpass, the Trump-appointed president of the World Bank Group (WBG), met with the president of Ukraine in Kyiv less than a month after the infamous Trump-Zelensky call. They said they were “concerned with at least the optics” of the visit.

The WBG is a multi-national development bank centered in Washington, D.C., that provides financial assistance and investments in nations struggling economically.

Reps. Jim Himes (D-Conn.), Denny Heck (D-Wa.), Ed Perlmutter (D-Colo.), Juan Vargas (D-Calif.), Jennifer Wexton (D-Va.) and Stephen Lynch (D-Mass.) signed a letter to Malpass on Wednesday, asking the former Trump economic advisor to explain the purpose behind his meeting with the Ukrainian president, and whether it was in any way connected with President Donald Trump’s efforts to secure investigations of former Vice President Joe Biden, Hunter Biden, and the debunked CrowdStrike conspiracy theory. A whistleblower complaint about all of this was, of course, what sparked the impeachment inquiry.

“[W]e have concerns that your August 23, 2019 meeting with President Volodymyr Zelensky also coincided with the apex (July 25, 2019 – September 11, 2019) of President Trump’s campaign to pressure Ukraine’s President Zelensky into opening a criminal investigation of his political opponents,” the letter stated. “Since your visit, the World Bank has approved no new projects in Ukraine, so we would like to better understand the purpose of your visit to Kyiv and to share what the Bank can do to assist Ukraine and its people going forward.”

Following their meeting, Zelensky thanked Malpass for supporting Ukraine and reiterated his commitment to eradicating corruption in the country.

“We are a different team,” Zelensky said a few days later, differentiating his administration from his predecessors. “We do not have time at all. Our key tasks are not just to fight corruption, but to overcome it.”

The undersigned U.S. representatives similarly asserted that the continued support of the WBG was crucial to ensuring Ukraine’s continued progress, particularly “at a time when faith in Ukrainian public institutions is low and its democratic tradition remains fragile.”

“It is for this reason that we are concerned with at least the optics of our August 23, 2019 meeting with President Zelensky,” they wrote. “Given the massive and multifaceted nature of President Trump’s illicit scheme (which involved U.S. government officials, Trump Campaign surrogates, and private citizens who communicated with the Ukrainian Government through both official and unofficial backchannels), we worry that the intent of your trip to Kyiv may be misconstrued by those in the international community.”

The lawmakers then listed a series of questions regarding the genesis of the trip, who was involved in coordinating the meeting, and who accompanied Malpass to Ukraine, among other things.

You can read the letter below:

Letter to David Malpass by Law&Crime on Scribd