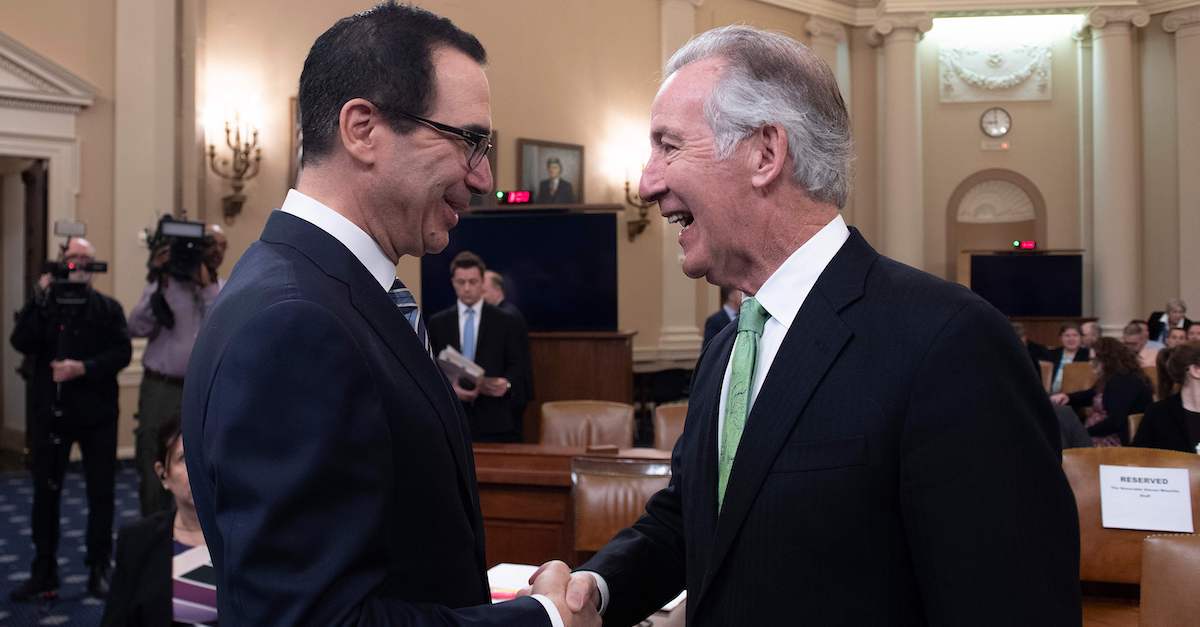 House Ways and Means Committee Chairman Rep. Richard Neal (D-Mass.) released a statement on Thursday, saying that his committee will respond if President Donald Trump does not back down from his threat to impose tariffs on Mexico.

“The President’s proposed tariffs would hurt American workers, businesses, and consumers,” Neal said in the statement. “Commandeering U.S. trade policy to influence border security is an abuse of power. If the President does not declare a national emergency and attempt to put these tariffs into place, I will introduce a resolution of disapproval to stop his overreach.”

Neal, in case you’ve missed it, is also locked in a fight with the administration to obtain Trump’s tax returns. Treasury Secretary Steven Mnuchin has repeatedly said that the House Ways and Means Committee lacks a “legitimate legislative purpose,” and he declined to comply with the wide-ranging demand. Neal’s statement on the Mexican tariffs comes as the Trump Administration continues negotiations with Mexico over a trade agreement and the flow of migrants over the border.

Trump has threatened to impose tariffs if these negotiations fail. Trump said on Thursday that the negotiations are making progress but “not nearly enough.”

“We told Mexico the tariffs go on and I mean it, too. And I’m very happy with it,” he said.

President Trump: "We told Mexico the tariffs go on and I mean it, too. And I'm very happy with it." https://t.co/iF7eY1GmlW pic.twitter.com/kEWeJSF1FX

Mexican Foreign Minister Marcelo Ebrard said he is “optimistic” that a deal will be reached. If no deal is reached, the Trump Administration will impose 5 percent tariffs on all Mexican goods starting on Monday, June 10. The tariffs will rise by 5 percent each month until they reach 25 percent in October.

A potential Neal resolution could easily pass the Democratic-controlled House. Even some Senate Republicans have voiced concerns with Trump’s tariff plan. Senate Majority Leader Sen. Mitch McConnell (R-Ky.) said that Senate Republicans are “not fans of tariffs” and that “we are still hoping that this could be avoided.”

Trump has also said that U.S. Senators who oppose him on tariffs “have no idea what they’re talking about.”