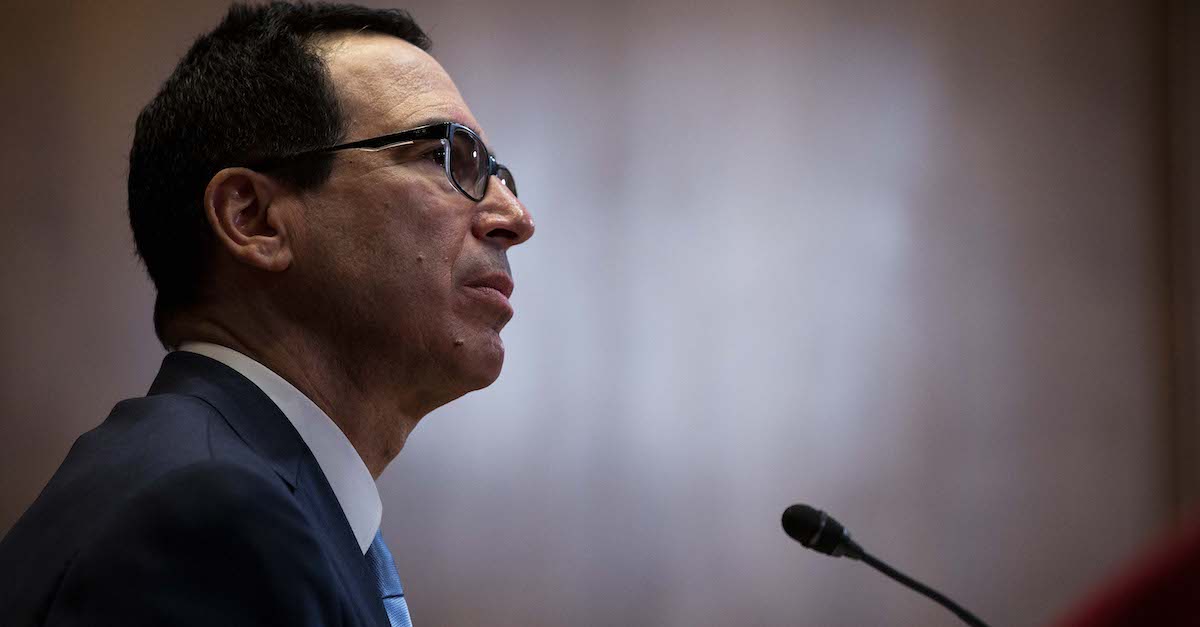 “For the same reasons, we are unable to provide the requested information in response to the Committee’s subpoena,” he added. “As I explained in my May 6 letter, the Department of Justice has informed us that it intends to memorialize its advice in a published legal opinion as soon as practice.”

This is an identical argument to the one Mnuchin made on May 6. It seemed obvious all along that this would be how Mnuchin would respond to requests deemed “unprecedented.”

Chairman Neal claimed that the Committee was “considering legislative proposals and conducting oversight related to our Federal tax laws, including, but not limited to, the extent to which the IRS audits and enforces the Federal tax laws against a President.”

“Under the internal Revenue Manual, individual income tax returns of a President are subject to mandatory examination, but this practice is IRS policy and not codified in the Federal tax laws,” Neal added. “It is necessary for the Committee to determine the scope of any such examination and whether it includes a review of underlying business activities required to be reported on the individual income tax return.”

Neal numbered seven areas to be responsive to the request. These included: Trump’s 2013-2018 tax returns; tax returns of eight Trump-related entities (pictured below); statements about whether these tax returns are or were ever under audit (as Trump has repeatedly said in an effort not to release his personal tax returns); statements as to why there was an audit if there was one; all administrative files related to Trump and these entities; a statement in the event that Trump or these entities did not file tax returns last year.

Even if the Democrats’ subpoena effort fails at the federal level, there is a back-up plan in the works.

Great to see Mnuchin defend the federal tax system. Things may play out quite differently in New York, though. https://t.co/4jgcLkhsI3 https://t.co/9IUROE8bxb

As Law&Crime reported before, the New York lawmakers have voted on a bill geared towards making Trump’s state tax returns available for viewing by members of Congress, despite U.S. Treasury denials.

Mnuchin Letter no. 2 by Law&Crime on Scribd