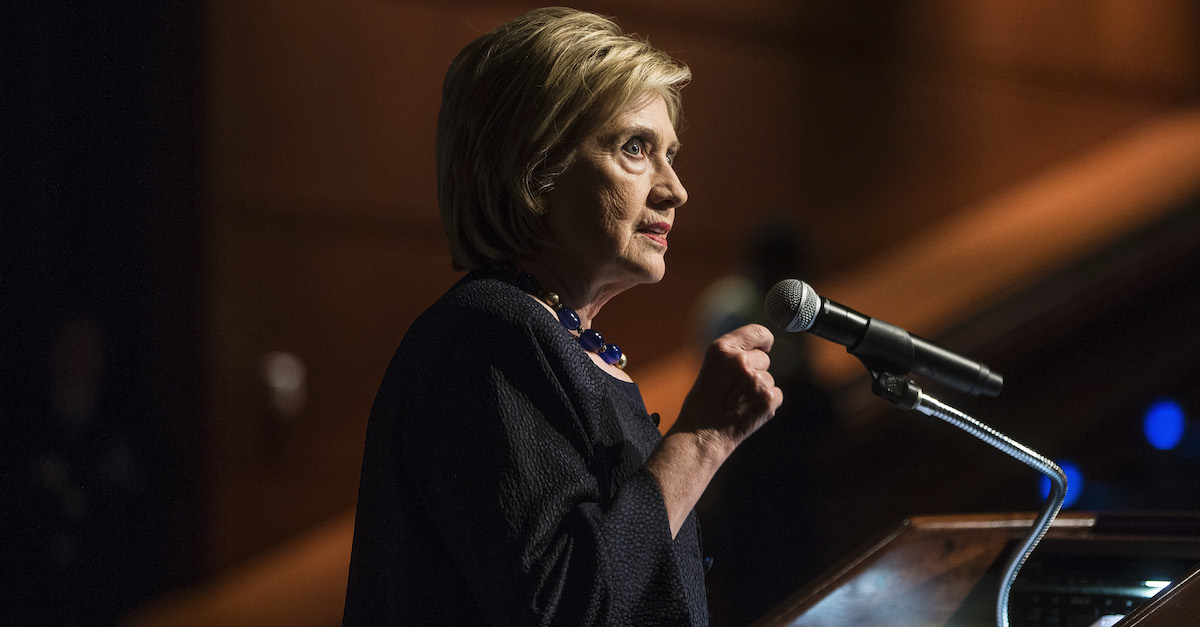 During that interview, as most to all of you surely know by now, Giuliani offered a denial and then an admission within a span of seconds on whether he asked Ukraine to investigate Joe Biden, a Democratic presidential candidate hoping to defeat President Donald Trump in 2020.

The president asked a foreign power to help him win an election.

“The president asked a foreign power to help him win an election. Again,” Clinton remarked.

The Giuliani three-step (No I Didn’t, Yes I Did, If I Did It…) was met with derision and scorn online into the morning. The context has to do with a whistleblower complaint that reportedly concerned a troubling  “promise” President Trump made to a foreign leader. The Washington Post was the first to the story on Wednesday, and they advanced it on Thursday by saying that the complaint involved Ukraine.

Trump has repeatedly denied that anything troubling occurred and called such claims politically-motivated fake news; legal experts have countered that and explained why the whistleblower complaint is not fake news.

The latest reporting on the situation, from the Daily Beast, quoted a “senior adviser to [Ukraine’s] interior minister” who said Ukraine is ready to investigate Biden’s son Hunter Biden if the Trump Administration makes an “official request.”

Anton Geraschenko said that investigation is not open, but could be. He also claimed Trump is “now looking for kompromat to discredit his opponent Biden [and] to take revenge for his friend Paul Manafort, who is serving seven years in prison.”