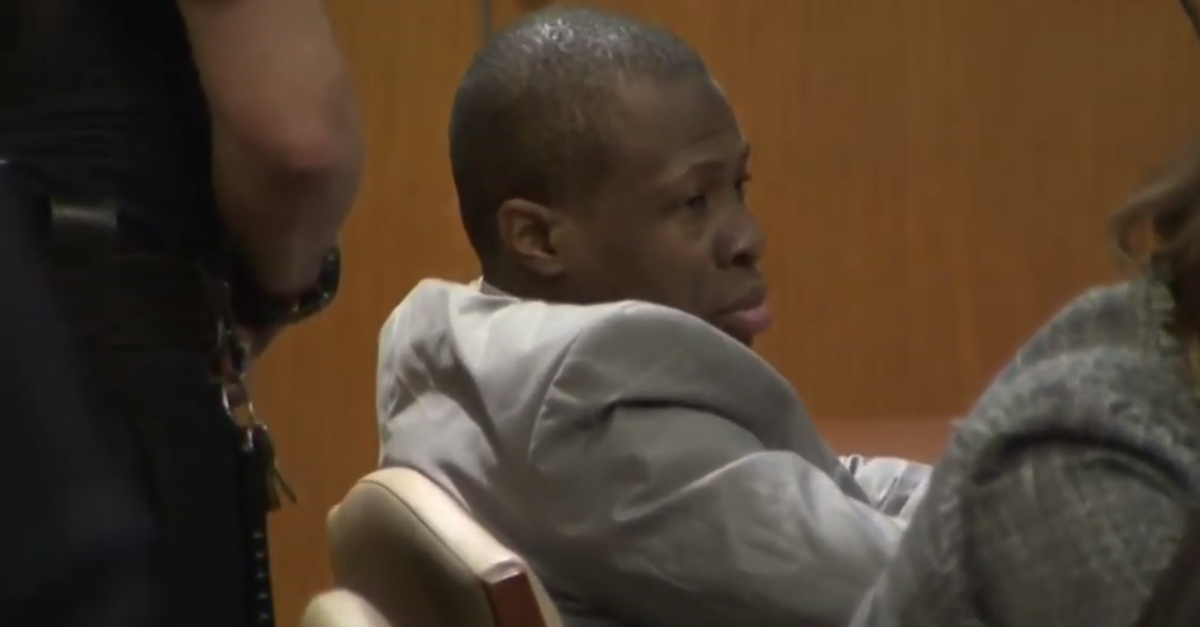 New York man Chanel Lewis is still guilty of murder in the eyes of the law. A judge dismissed a defense motion to vacate his conviction in the murder of Karina Vetrano on Monday.

Sentencing was originally scheduled for last Wednesday, but was postponed over alleged juror misconduct. Sentencing is now set for Tuesday.

Juror Christopher Gooley stepped forward and testified that he felt pressured to reach a guilty verdict, saying that the jury foreman had prejudged the case, according to Newsday.

Prosecutors said Lewis killed Vetrano while she was out on a jog in the Howard Beach neighborhood of Queens. They were strangers to one another. Cops said that the defendant confessed and that there was DNA evidence linking him to the murder. The defense argued that this confession was coerced and suggested the DNA might’ve ended up at the scene some other way, but not because of murder.

The first trial resulted in no verdict because of a deadlocked jury, but the second trial ended in a guilty verdict.

WATCH: Family & friends of Karina Vetrano, a jogger murdered in Queens in 2016, exuberantly cheered & applauded in a NY courtroom as a guilty verdict was read against Chanel Lewis, the man charged with her murder. As Vetrano’s father left the courtroom, he shouted, “Jubilation!” pic.twitter.com/hV8BRhaVpz

The defendant’s mother continues to insist that he is innocent.

Chanel Lewis’ mother says Karina Vetrano killer is still out there. Says her son was railroaded by a racist justice system. ⁦@wcbs880⁩ pic.twitter.com/d15SXiMnsq