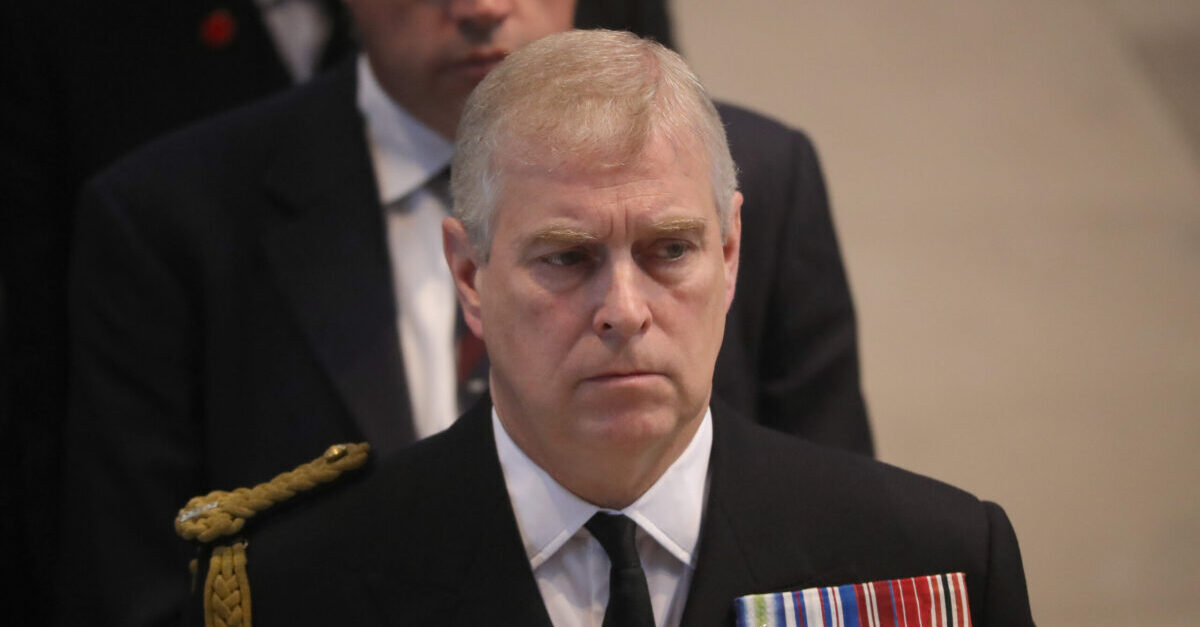 U.S. federal prosecutors are taking legal steps to secure testimony from Great Britain’s Prince Andrew about Jeffrey Epstein’s alleged sex trafficking schemes, reports say. The reports are sourced to unnamed officials. ABC News says that Prince Andrew is being sought as “a witness,” not as “the target” of any investigation, despite alleged victim Virginia Roberts Giuffre’s claims that she was 17 when Epstein trafficked her and ordered her to have sex with the prince.

Prince Andrew says he was never properly asked to meet with U.S. authorities and eventually turned down a chance at voluntary cooperation. However, the reports say federal authorities are now invoking the Mutual Legal Assistance Treaty, or MLAT, NBC News and ABC News both report. The MLAT is “similar to a subpoena,” NBC noted.

Prince Andrew at one point denied having met Giuffre, but a photo showing the two of them together indicates otherwise. Andrew has also said he was having pizza with his daughter in 2001 when Giuffre says he was having sex with her. The royal even cited his purported past inability to sweat as proof that he did not sexually assault Giuffre. Andrew has denied involvement, generally, with any wrongdoing on behalf of Epstein, his former friend.

MLATs “provide for the sharing of information and evidence related to criminal investigations and prosecutions, including drug trafficking and narcotics-related money laundering,” a report to Congress states. “Both parties are obligated to assist in the investigation, prosecution and suppression of offenses in all forms of proceedings (criminal, civil or administrative).”

Most MLATs “have covered a broad range of crimes with no requirement that a request for assistance relate to activity that would be criminal in the requested State,” that report goes on to say. “The means of obtaining evidence and testimony under MLATs also range broadly.”

The treaty itself, signed into law during the Clinton Administration, says the U.K. and the U.S. “shall provide mutual assistance” in proceedings which “shall include . . . taking the testimony or statements of persons; providing documents, records, and evidence; serving documents,” and other criminal law procedures.

The treaty requires “central authorities” to be appointed in each country for handling requests. In the United States, the Attorney General or his or her designee is named; in the United Kingdom, the Secretary of State for the Home Department or a designee handles cross-Atlantic requests for cooperation.

However, the rights in the treat are subject to caveats. A country can refuse a cooperation request if it believes it “would impair its sovereignty, security, or other essential interests would be contrary to important public policy.”  Other exceptions include matters which would result in double jeopardy, military law matters, and “political” offenses.  The treaty does call for a back-and-forth process of negotiation on just how much one country can legally help another before any final denial is issued.

Prince Andrew’s attorneys were not impressed by the move.

“The Duke of York has on at least three occasions this year offered his assistance as a witness to the DOJ,” said the prince’s legal team in a statement obtained by ABC News.  “Unfortunately, the DOJ has reacted to the first two offers by breaching their own confidentiality rules and claiming that the Duke has offered zero cooperation. In doing so, they are perhaps seeking publicity rather than accepting the assistance proffered.”

“Any pursuit of an application for mutual legal assistance would be disappointing, since the Duke of York is not a target of the DOJ investigation and has recently repeated his willingness to provide a witness statement,” the statement continued.  “It is hoped that this third offer has not been the cause of the most recent leak about the Duke of York.”