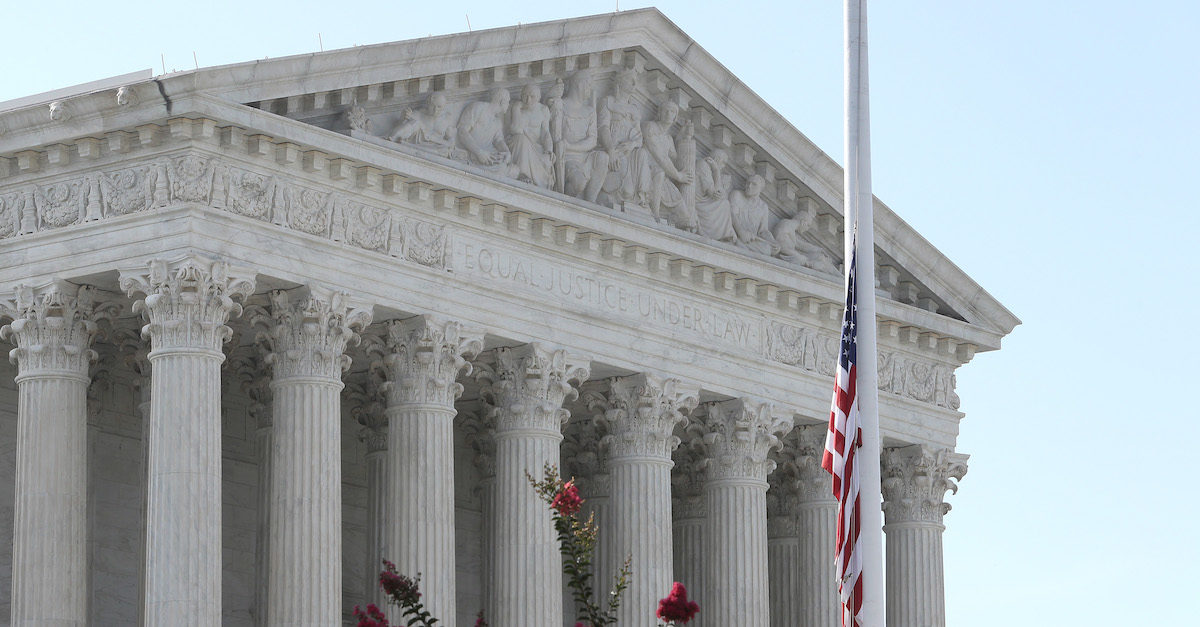 The U.S. Supreme Court on Monday agreed to hear a case involving an immigrant who argued that if he’s deported back to his home country of Guatemala, he will be kidnapped or killed. The U.S. Court of Appeals for the Sixth Circuit ruled in October that Agusto Niz-Chavez, a Guatemalan native and citizen who came to the U.S. illegally in 2005, was not entitled to the withholding of removal or relief under the Convention Against Torture (CAT). Niz-Chavez then petitioned the Supreme Court for a writ of certiorari.

Under 8 U.S.C. §1229, The U.S. Attorney General may cancel the removal of certain immigrants scheduled to be deported. In order to be eligible for such cancellation, the non-permanent resident must have ten years of continuous presence in the United States.

However, §1229 also imposes what’s called a “stop-time rule” on the non-permanent resident’s initial ten years during which the government can literally “stop the clock” on an immigrant’s continuous residence accrual by serving a “notice to appear under section 1229(a),” which, in turn, defines a “notice to appear” as “written notice . . . specifying” information related to the government’s initiation of a removal proceeding.

In his petition to the Supreme Court, Chavez argued that the government has consistently refused to abide by the explicit text of the statute while still seeking to invoke the stop-time rule against immigrants by failing to serve a “specific notice document that provides a noncitizen being placed in removal proceedings with all of the required information in one place,” arguing that the government “almost never includes the time and place of proceedings in serving notices to appear.”

Niz-Chavez had been in the U.S. since 2005 and received his first notice to appear in immigration court in May 2013. His attorneys argued that the notice did not contain all of the requisite information for such a notice as ordered by the Supreme Court in Pereira v. Sessions.

In Pereira, the Court held that serving an immigrant with a defective Notice to Appear does not allow for invocation of the “stop-time rule,” pausing the accrual of time for eligibility to apply for cancellation of removal.

Niz-Chavez previously testified that prior to leaving Guatemala, neighboring villagers murdered members of his family and took their land, threatening that if they ever returned they too would be murdered. He’s lived in Detroit since 2007 and has three children, all of whom are U.S. citizens. He further testified that he was gravely concerned that upon being returned to Guatemala he would be killed or kidnapped.

A hearing on the merits took place in September 2017 and he was given 30 days to voluntarily remove himself from the country or face deportation.

The Justices likely will not hear the case until the next term which is scheduled to begin in October.

See the full peition for cert below: