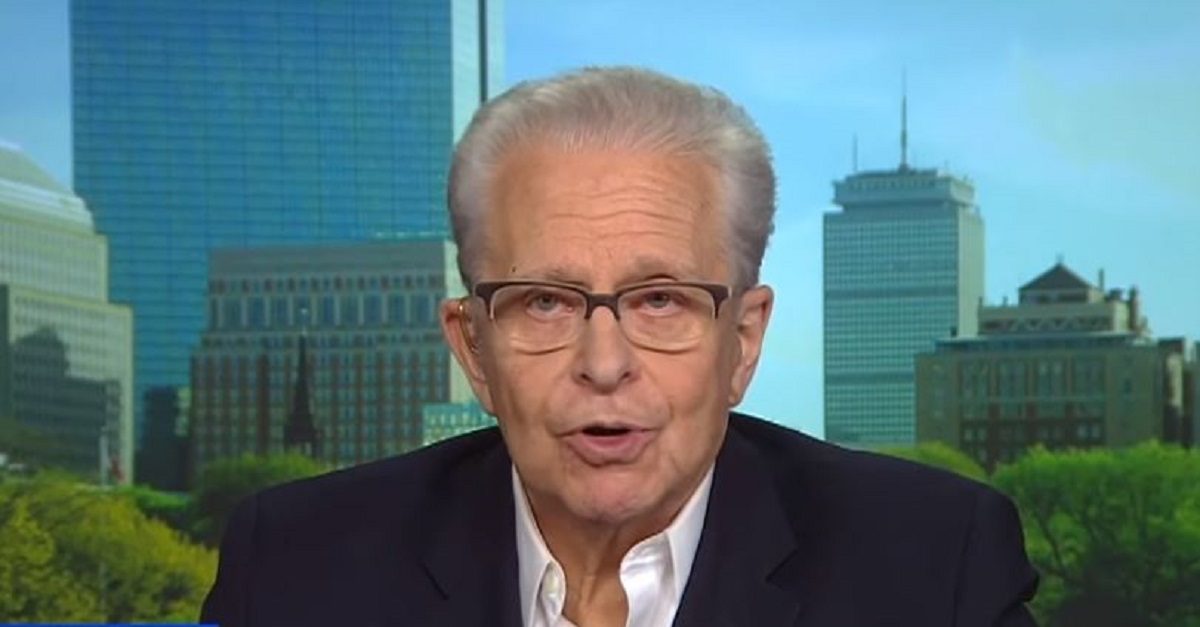 Under a new California law signed into law on Tuesday, President Donald Trump will be ineligible to appear on the state’s presidential primary ballot unless he first discloses his tax returns. The disclosure mandate, which requires all presidential and gubernatorial candidates to submit tax returns for the preceding five years, has been a hotly debated by legal experts and is almost certain to trigger a very public legal battle between state officials and the Trump Administration.

In the wake of Gov. Gavin Newsom (D) signing the bill into law, two of the nation’s most esteemed legal scholars found themselves at odds regarding the constitutionality of the law.

Laurence Tribe, a professor at Harvard Law School since 1968 who is widely considered to be one of the most influential constitutional scholars in American history, immediately took to Twitter to preemptively rebuff arguments that the law unconstitutionally placed additional requirements on persons seeking the presidency.

“California isn’t adding any requirements for the presidency — which it couldn’t do — but just ensuring that its voters are fully informed about all aspirants. This should survive the predictable constitutional challenge,” Tribe wrote.

After seeing Lessig’s tweet, Tribe responded that a state law placing disclosure requirements on potential candidates would not be unconstitutional.

“Plainly unconstitutional? Nope. That’s just wrong. If I know anything about the US Constitution, I know this law passes muster,” Tribe tweeted, adding, “’Passes muster’ doesn’t mean [the law] would necessarily be upheld by this SCOTUS. It means [the law] *should* definitely be upheld because (a) Art II puts state legislatures in the driver’s seat, (b) this involves primaries, and (c) it doesn’t add ex ante requirements to those of age, etc.”

Tribe also referred to a Law.com article, which included an interview with UC Berkeley Law School Dean Erwin Chemerinsky, one of the few legal scholars whose influence on American constitutional law may surpass even that of Tribe’s.

In defending its constitutionality, Chemerinsky said that the law “does not keep any candidate from being on the ballot so long as he or she complies with a simple requirement that is meant to provide California voters crucial information.”

“This is the state acting to make sure that its voters have information that might be very important to them when they cast their ballots as to who they want to be President of the United States,” Chemerinsky added.

When a follower pointed out Tribe’s discordant opinion on the matter to Lessig, he responded to the post, saying, “Yea [Tribe’s position] is completely wrong.”

When asked to detail his position with specific case citations, Lessig responded by citing to U.S. v. Classic, but did not elaborate any further.

In U.S. v. Classic, the Supreme Court empowered Congress to regulate primary elections and political party nomination procedures, reasoning that constitutional voting protections extend to state primary elections even when it “sometimes or never determines the ultimate choice of the representative.” That was in 1941.

In a follow-up email with Law&Crime, Tribe said there were essentially three reasons the California law should be upheld in the face of a challenge.

“The first reason is that Article II of the U.S. Constitution expressly delegates to each state’s legislature the role of deciding how that state’s presidential electors are to be chosen,” Tribe said. “The second reason is that judicial precedent reinforces the power of each state over structuring its own primary elections and access to the primary ballot.”

“The third reason is that, although the Constitution’s list of qualifications for president in terms of citizenship, age, and residency is exhaustive and cannot be enlarged by state or federal statute, requiring a would-be candidate to release income tax information or indeed any other information of potential relevance to the electorate doesn’t add any qualification because it doesn’t filter out, ex ante, any individual or group of candidates the way that, say, requirements of educational attainment or prior experience would do,” he continued. “Mandating disclosure in the interest of transparency and fully informed voter choice is altogether unlike imposing additional prerequisites that would winnow out particular candidates or groups of candidates on the basis of factors beyond their control at the time of the election.”

Lessig took to Medium to explain his point of view, including what he meant by referencing U.S. v. Classic.

“The only question raised by California’s law is whether California can condition a candidate for President’s access to a primary ballot upon producing a tax return,” Lessig wrote. “The answer to that still seems to me to be clearly no.”

“Some (at least in the twittersphere) are convinced to the contrary because they believe primaries are ‘private’ or somehow different from general elections. But where — as in California—there’s no effective way to be on the general election ballot without passing through the primary, that distinction has been erased by United States v. Classic (1941),” he continued. “Some are convinced to the contrary because they believe this is a generally applicable law, applied to all candidates and all parties. It is that, of course, but the cases this authority is drawn from are all cases about the state’s ability to run an election. And while the jurisprudence here is not crystal clear, the nub of this authority is that states can impose requirements designed to make sure the election functions in a reasonable and effective way.”

“So, Storer v. Brown (1974) upheld a ‘sore loser”’statute (restricting an independent run to a candidate who had been in a party within a year of the run); Burdick v. Takushi (1992) upheld a ban on write-in votes; Munro v. Socialist Workers Party (1985) upheld a requirement that candidates receive at least 1% in its blanket primary. Whatever else the tax return requirement is, it is not this,” Lessig concluded.

You can read the rest of Prof. Lessig’s reasoning here.

Editor’s note: this story was updated after publication with additional comment from Prof. Tribe, and to note what Prof. Lessig wrote on Medium.