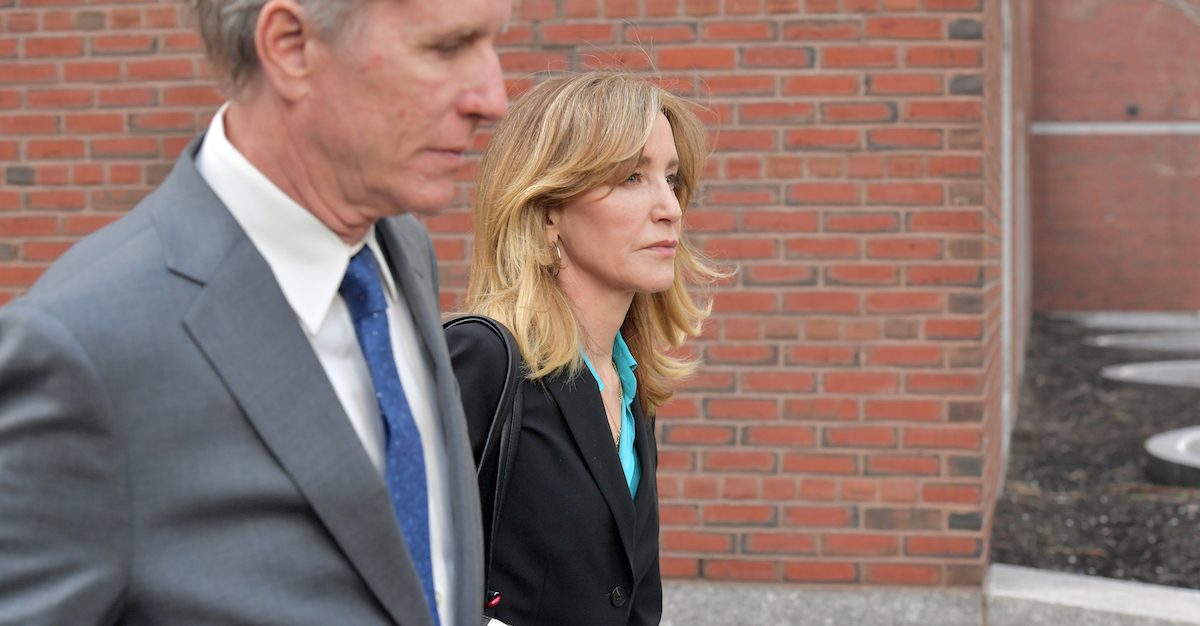 “Operation Varsity Blues” federal prosecutors on Friday recommended that actress Felicity Huffman, 56, be sentenced to a one-month behind bars for her role in the college admissions bribery scandal.

The Oscar-nominated actress pleaded guilty in May to conspiracy to commit mail fraud and honest services mail fraud, admitting to and accepting responsibility for paying William “Rick” Singer $15,000 to have her daughter’s SAT college admission entrance exam answers corrected by the test proctor to improve her score. Huffman and fellow actress Lori Loughlin were among the most recognizable names involved in the scheme that implicated 50 people.

The sentencing memorandum, submitted by U.S. Attorney Eric Rosen, recommended that Huffman spend no less than 30 days in jail in order to properly punish Huffman for conduct characterized as “deliberate and manifestly criminal.” Prosecutors also recommended Huffman be sentenced to one-year of probation and pay a $20,000 fine.

“In the context of this case, neither probation nor home confinement — in a large home in the Hollywood Hills with an infinity pool — would constitute meaningful punishment or deter others from committing similar crimes,” prosecutors wrote, adding that Huffman’s actions “weren’t driven by need or desperation, but by a sense of entitlement, or at least moral cluelessness, facilitated by wealth and insularity.”

Prosecutors previously signaled that they would seek four months of prison time for Huffman.

Lawyers for Huffman implored the court to eschew prison altogether and sentence the Desperate Housewives star to probation, community service, and a fine, in lieu of jailtime.

Huffman also filed her own three-page letter Friday highlighting her remorse, writing that she felt a “deep and abiding shame” for her conduct.

“In my desperation to be a good mother, I talked myself into believing that all I was doing was giving my daughter a fair shot,” Huffman wrote. “I see the irony in that statement now because what I have done is the opposite of fair. I have broken the law, deceived the educational community, betrayed my daughter, and failed my family.”

Huffman is currently scheduled to be sentenced on September 13 in Boston federal court.