Hawley: Tech Companies Need to Prove They Don’t Discriminate if They Don’t Want to Get Sued 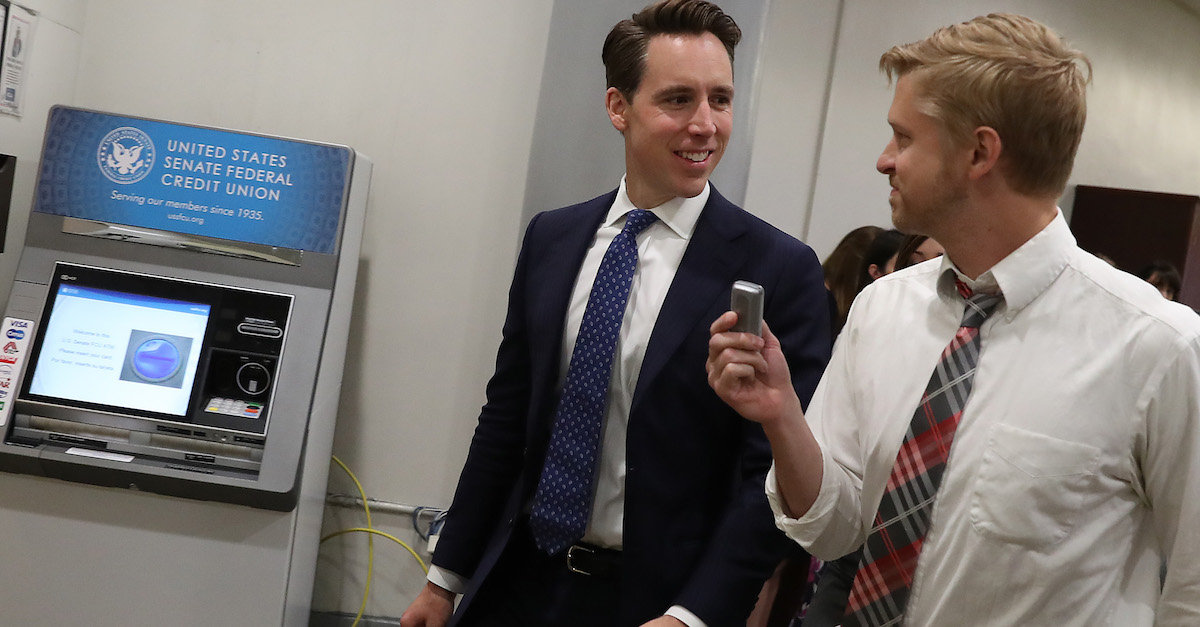 President Donald Trump has long-blasted Facebook, Google and Twitter for being “so biased toward the Dems,” and at least one Republican Senator agrees that the bias against conservatives is so flagrant that tech platforms need to prove they should not be sued. Sen. Josh Hawley (R-Missouri) announced Wednesday that he is introducing legislation to amend Section 230 of the Communications Decency Act (CDA), so that tech companies aren’t immune from lawsuits.

(2) Civil liability No provider or user of an interactive computer service shall be held liable on account of—
(A) any action voluntarily taken in good faith to restrict access to or availability of material that the provider or user considers to be obscene, lewd, lascivious, filthy, excessively violent, harassing, or otherwise objectionable, whether or not such material is constitutionally protected; or
(B) any action taken to enable or make available to information content providers or others the technical means to restrict access to material described in paragraph (1).

What this means is that, under the current framework, tech companies like Facebook and Google aren’t civilly liable for decisions to remove content. They also aren’t considered the publisher or speaker of information posted on their sites by third parties. Hawley would overhaul to law to say tech companies like Facebook and Google would no longer be immune from lawsuits unless they can prove through an audit that they are politically neutral.

“With Section 230, tech companies get a sweetheart deal that no other industry enjoys: complete exemption from traditional publisher liability in exchange for providing a forum free of political censorship,” Hawley said. “Unfortunately, and unsurprisingly, big tech has failed to hold up its end of the bargain.

“There’s a growing list of evidence that shows big tech companies making editorial decisions to censor viewpoints they disagree with. Even worse, the entire process is shrouded in secrecy because these companies refuse to make their protocols public,” he added. “This legislation simply states that if the tech giants want to keep their government-granted immunity, they must bring transparency and accountability to their editorial processes and prove that they don’t discriminate.”

Section 230 has been called “one of the most valuable tools for protecting freedom of expression and innovation on the Internet.”

The Hawley move appears to be a response to so-called “conservative deplatforming” or search engine bias. Tech companies and their advocates, however, have said that this bill would force them to host “reprehensible, but First Amendment protected speech.”

“This bill forces platforms to make an impossible choice: either host reprehensible, but First Amendment protected speech, or lose legal protections that allow them to moderate illegal content like human trafficking and violent extremism,” President of the Internet Association Michael Beckerman told Bloomberg. “That shouldn’t be a tradeoff.” The Internet Association represents Google, Facebook and Twitter.