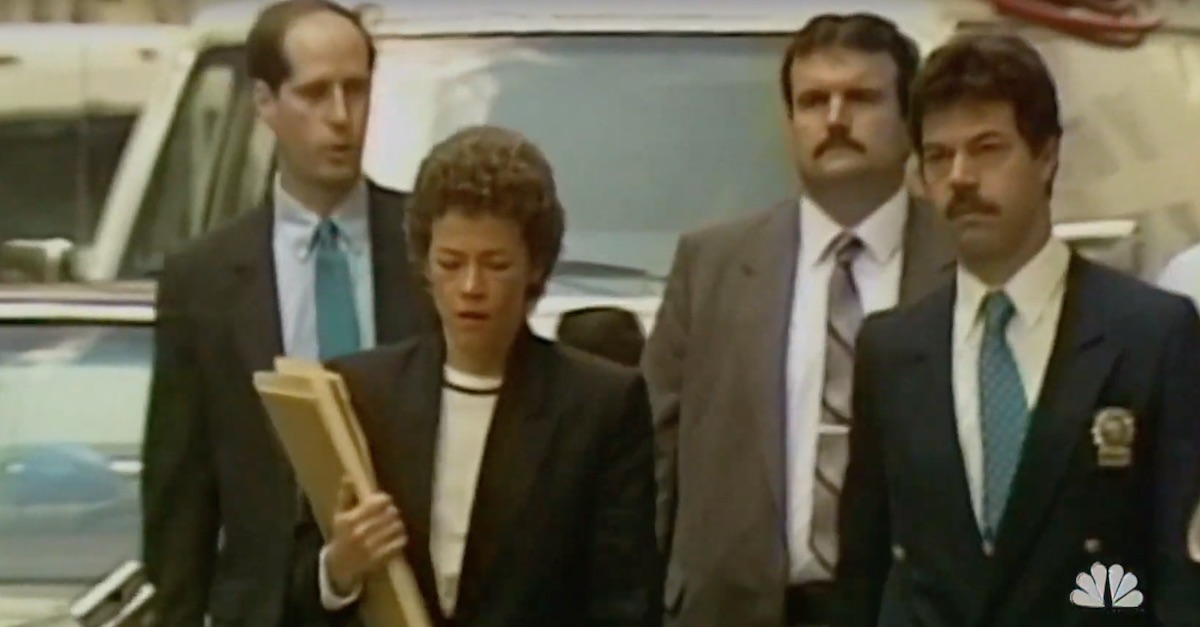 The lead prosecutor in the Central Park jogger case, Elizabeth Lederer, resigned her position as a lecturer at Columbia Law School after she was depicted in the Netflix miniseries When They See Us  aggressively prosecuting the five teenagers–four African Americans and one Hispanic–even though she appeared to have significant doubts about their guilt. A petition demanding her removal was brought six years ago by thousands of students following a PBS documentary about the case, but the law school took no action.

Ms. Lederer’s conduct in the case has been criticized because she seemed hell-bent on getting convictions in this sensational trial despite serious questions whether the videotaped confessions by these scared young kids, without lawyers or parents to protect them, were truthful, or whether they were coerced by the police to implicate themselves and others. Ms. Lederer knew that DNA evidence that was found at the scene came from someone other than the five boys, but argued that it could have come from a sixth accomplice.

The five boys were exonerated in 2002 after another man, Matias Reyes, confessed to the rape; the DNA belonged to him, and he said he acted alone. Reyes also was responsible for several other brutal rapes committed while Ms. Lederer was prosecuting the five boys. The Manhattan District Attorney in 2002 threw out their convictions, agreeing that they were wrongfully prosecuted.

There is absolutely no doubt that the confessions were false and almost certainly attributable to coercive tactics by the police. The film focuses mostly on the confessions, which was the linchpin of the prosecution’s case. But there is another piece of evidence that has received virtually no attention. It wasn’t mentioned in the Netflix series and has not been mentioned in connection with Ms. Lederer’s conduct. Four strands of hair which were found on the clothing of two of the suspects. A forensics expert called by Ms. Lederer testified that the hairs found on these suspects were “consistent with” and “similar to” hairs of the victim. But these phrases–“consistent with;” “similar to”–are jargon used by experts to explain that there may exist some identifying characteristics between the sample and the defendant. But these common characteristics can be so broad that they have very little probative value. Take, for example, an expert in interior design who testifies that the design of the rotunda in Penn Station is consistent with the design of the Oval Office in the White House–both are circular. Or that travel by a bicycle is similar to travel by automobile–both have wheels, brakes, and travel on roadways.

However, in her closing argument to the jury, Ms. Lederer went far beyond the expert’s vaguely relevant testimony. She characterized the expert’s testimony in a dramatically different way. As a highly experienced prosecutor, she definitely knew what she was saying. She argued that hair evidence found on the suspect’s underpants “matched the head hair of the victim” and that a second hair on another defendant’s T-shirt “matched” the victim’s pubic hair. I have emphasized the word “match” because that is a critical term in forensic evidence analysis. And after arguing that the victim’s hair matched the hair on the defendants,  Ms. Lederer then vouched for the reliability of the confessions by arguing that the defendants got those hairs when they were assaulting and raping the victim. As she argued: “It was because he was touching her, because he came in contact with her and with her clothes and when he was on top of her and around her, that’s how he got her hair on his clothing.”

Ms. Lederer surely knew that these assertions were false. As a very experienced prosecutor who tried numerous sexual assault cases, she knew that the general consensus in the scientific community was strongly against using the expression that hair “matches.” She knew that hair evidence is among the weakest form of forensic evidence. Indeed, the prosecution’s expert subsequently stated in an interview that “it was strict practice in the police laboratory to avoid declaring a match.” “No one ever says ‘match.’”

Hair comparisons have produced the worst results in proficiency tests across the country. And hair evidence has been a significant factor in dozens of cases of wrongful convictions that have been reversed following DNA testing. In fact, because hair comparison is so unreliable, courts have excluded hair comparison testimony entirely as too speculative.

In assessing the reliability of the confessions the jury had to have given great weight to the hair evidence, especially given the misleading characterization by Ms. Lederer that the hairs “matched” the defendants. She knew that the reliability of the confessions was questionable. She knew that she needed to somehow corroborate the truthfulness of the confessions. If she could show that physical evidence found at the scene could be scientifically connected to the defendants, then her chances of getting convictions of all of them for gang rape rose dramatically. She also knew that juries typically trust prosecutors to analyze the evidence fairly and that a prosecutor’s judgment carries great weight with a jury.

How significant was Ms. Lederman’s misconduct in contributing to the convictions? She certainly knew what she was doing. And she has to live with the tragic result that five boys and their families lost much of their lives because she played fast and loose with the truth.