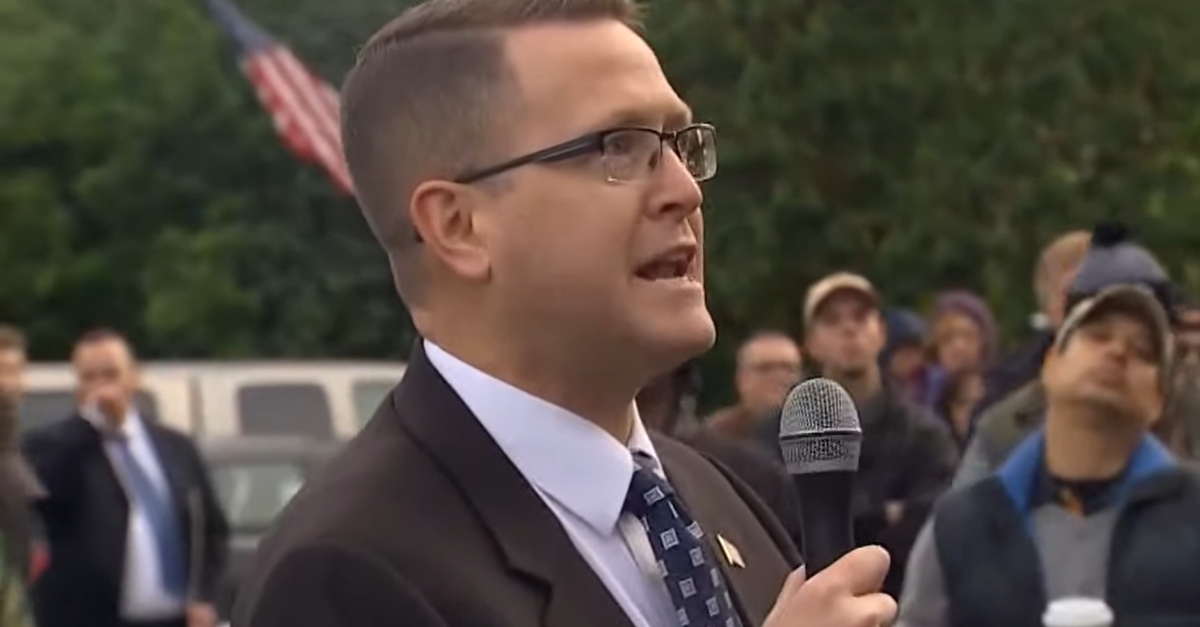 A Republican lawmaker in Washington state participated in three armed standoffs against the United States from 2014 through 2016, said a report written for the Washington State House of Representatives. Some of the details about Rep. Matt Shea were already known, but the results of this investigation led to renewed calls for his resignation.

“Representative Shea on or about January 3, 2016, created a detailed military styled operation plan entitled ‘Operation Cold Reality’ that included roles and responsibilities of [his group the Coalition of Western States] members and militia leadership in support of the armed occupation of the Malheur National Wildlife Refuge in Harney County, Oregon,” the report stated.

Other findings included Shea using intimidation tactics against a political opponent. According to the report, he posted a picture of himself on his Facebook page in front of the opponent’s home, but refused to take it down at the request of that opponent, party affiliates, and law enforcement officials.

“Like we are seeing with our President this is a sham investigation meant to silence those of us who stand up against attempts to disarm and destroy our great country,” he wrote. “I will not back down, I will not give in, I will not resign. Stand strong fellow Patriots.”

The report authors said he declined to be interviewed for the investigation.

Rep. Matt Shea has been suspended from any role in the House Republican Caucus. He should resign. He cannot use House Republican staff, he cannot meet with the caucus, his office will be moved. https://t.co/AATHOHuO31

A number of controversial details in the investigation were previously reported by media outlets. For example, investigators determined Shea wrote a missive called the Biblical Basis for War. This document argued that the U.S. government should be replaced with a theocracy, and that men who oppose this idea should be killed. Shea also supported training minors and young adults for a “Holy war,” said the report.