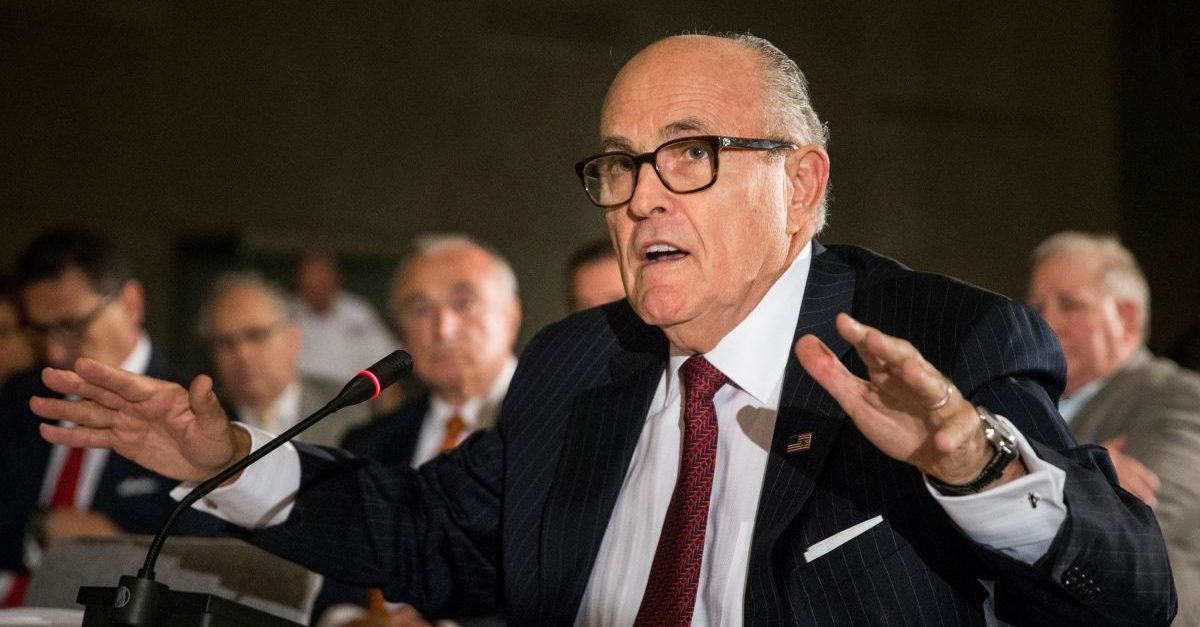 While Rudy Giuliani has spent the past several weeks publicly meeting with a series of disgraced Ukrainian officials in an effort to exculpate President Donald Trump and implicate former Vice President Joe Biden in corrupt wrongdoing, the president’s personal attorney has also been writing a counter-report aimed at discrediting the investigation of former special counsel Robert Mueller.

In drafting his report, Giuliani has embraced the help of a pro-Russian Ukrainian lawmaker notorious for propagating debunked conspiracy theories, according to the Daily Beast. Andriy Derkach, an independent member of Ukraine’s parliament who previously attended the Dzerzhinsky Higher School of the KGB in Moscow, met with Giuliani earlier this month in Ukraine to assist in efforts to build a corruption case against Biden.

This individual who was once dubbed the “Ukrainian Putin.”

According to the report, Derkach provided the former New York City mayor with a 50-page dossier of unfounded allegations and debunked conspiracies, including that it was Ukraine, not Russia, that interfered in the 2016 election:

Derkach’s allegations, though filled with flagrantly inaccurate information, have made the rounds in some of the highest tiers of the U.S. government and are being held up by Trumpworld figures including Rudy Giuliani, according to two U.S. officials and another Westerner familiar with the matter.

What’s more, Giuliani’s is said to be “in the midst of drafting a counter-report meant to discredit former Special Counsel Robert Mueller” that will include at least some of the information provided by Derkach.

Derkach’s motivation? Disseminating documents to Giuliani and others in the hopes that this would reach the top levels of the U.S. government. In one, Derkach alleged that Trump’s decision to cut military aid to Ukraine was a direct result of the country’s interference in U.S. elections.

Giuliani’s counter-report was reportedly a topic of discussion during his visit to the White House last week, though a timeline for its release and distribution remains unclear.