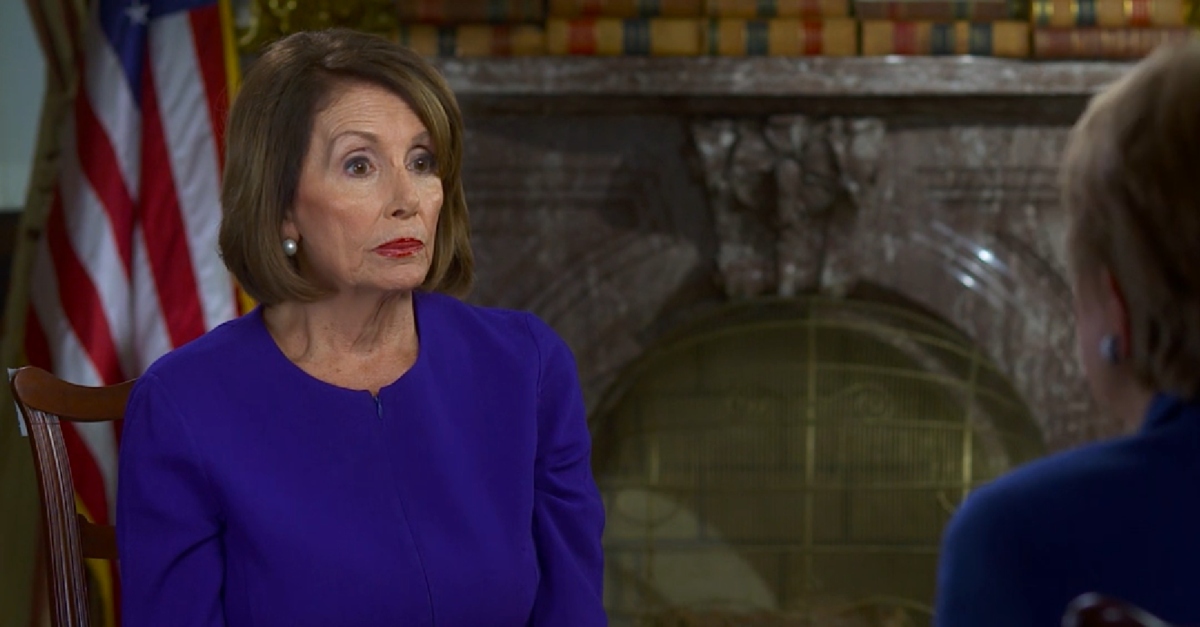 While Speaker of the House Rep. Nancy Pelosi (D-Calif.) reportedly wants to see President Donald Trump “in prison” but not impeached, White House counselor Kellyanne Conway‘s attorney husband George Conway wants Pelosi to know that this is a false dichotomy, as one thing has nothing to do with the other. In reality, this is a “Why not both?” situation.

Conway, commenting Thursday on a Wednesday night report from Politico about Pelosi’s hesitance to hold impeachment proceedings, pointed out that impeachment, could actually grant Pelosi’s “prison” wish quicker. Why? Since there is a DOJ policy that says a sitting president can’t be indicted, Trump needs to be out of office if he is to be indicted. Impeachment, the constitutional remedy for presidential wrongdoing, is how a president is removed from office.

… given DOJ’s policy of not indicting presidents until they leave office, this provision counsels strongly in favor of impeachment. Because if you think Trump should be in jail for his crimes, he’s likely to get there sooner the sooner he leaves office.

The Constitution (Art. I, § 3, cl. 7) addresses this issue—it provides that “the Party convicted [on a bill of impeachment and removed from office by the Senate] shall nevertheless be liable and subject to Indictment, Trial, Judgment and Punishment, according to Law.” And so, given DOJ’s policy of not indicting presidents until they leave office, this provision counsels strongly in favor of impeachment. Because if you think Trump should be in jail for his crimes, he’s likely to get there sooner the sooner he leaves office.

Conway was pretty promptly praised by his legal peers for making an “excellent point.”

Here’s why it’s an excellent point: the Politico story also makes clear that Pelosi prefers to defeat Trump in the upcoming election, rather than going the impeachment route. Let’s say, hypothetically, Trump wins again in 2020. That’s four more years of a sitting president not being indicted — unless he is impeached and removed from office. As things currently stand, it seems, Pelosi would rather gamble on the election than gamble on impeachment.

CNN legal analyst, attorney and impeachment expert Ross Garber reiterated to Law&Crime that the provision Conway pointed to exists to “make clear that impeachment and indictment have nothing to do with one another.”

“Impeachment neither enhances nor detracts from the potential of a president to be indicted (except perhaps with respect to the running of a criminal statute of limitations while the president is in office),” Garber said.

Pelosi has been critiqued before for saying “odd things” about impeachment.