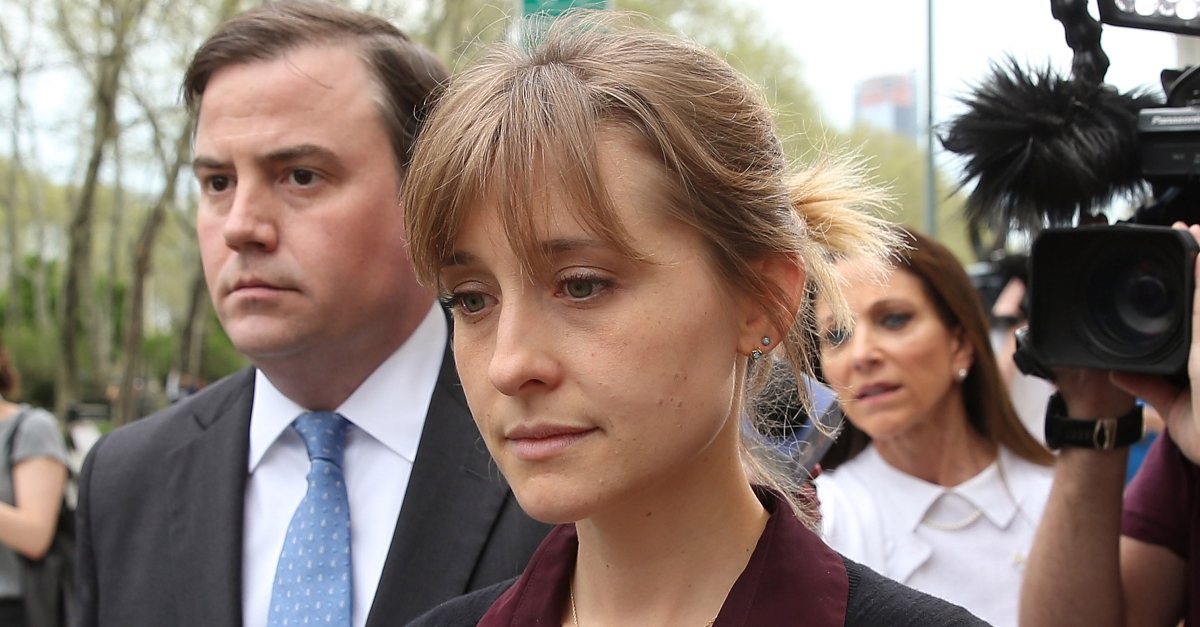 The TV actress who played a pivotal role in systematic sexual abuse has reported to prison more than two weeks ahead of schedule. Allison Mack, 39, best known for her role as Chloe Sullivan on the superhero show Smallville, has reported to the Federal Correctional Institution in Dublin, California, online records show.

Prosecutors have said that Raniere had female accomplices like Mack get collateral on victims, using it against them to coerce sexual activities and even brand them with the leader’s initials. Raniere was ultimately sentenced to 120 years in prison, after supporters like Mack and Seagram’s heiress Clare Bronfman flipped on him.

To some degree, the judge acknowledged the actress was in a complex situation.

“In the language of DOS [Dominus Obsequious Sororium], you were both a slave and a master,” he said. Nonetheless, he told the Smallvile actress she “capitalized” on her celebrity to hold power in NXIVM.

“When it came to DOS and the monstrous crimes he committed in that organization, you were an essential accomplice,” Garaufis told Mack in sentencing, later saying, “Mr. Raniere could not have done that without you.”

In other words, she was both used and a user. Her brother tried to highlight the former in a story shared through the sentencing memorandum.

“In 2016, she came to our house for Thanksgiving dinner claiming that she was on day 7 of a ten day cleanse and ate absolutely nothing,” he said. “She was almost in a daze the whole time. She would often absent herself to have a phone or video call with her ‘people’ in New York. While she acted caring and loving, it was clear that she was in an unhealthy situation that was taking a toll on her.”

“I renounce Keith Reniere and his teachings,” she said.

Judge Garaufis balked at the defense’s request for no prison time, however. Mack would pay for what she did by going behind bars, though abuse survivor Jessica Joan called the three years too lenient.

In a prerecorded statement, another survivor, Tabitha Chapman, wished Mack a “swift recovery” while also saying that the actress subjected her to “cruelty behind imagination.”

Aaron Keller and Adam Klasfeld contributed to this report.