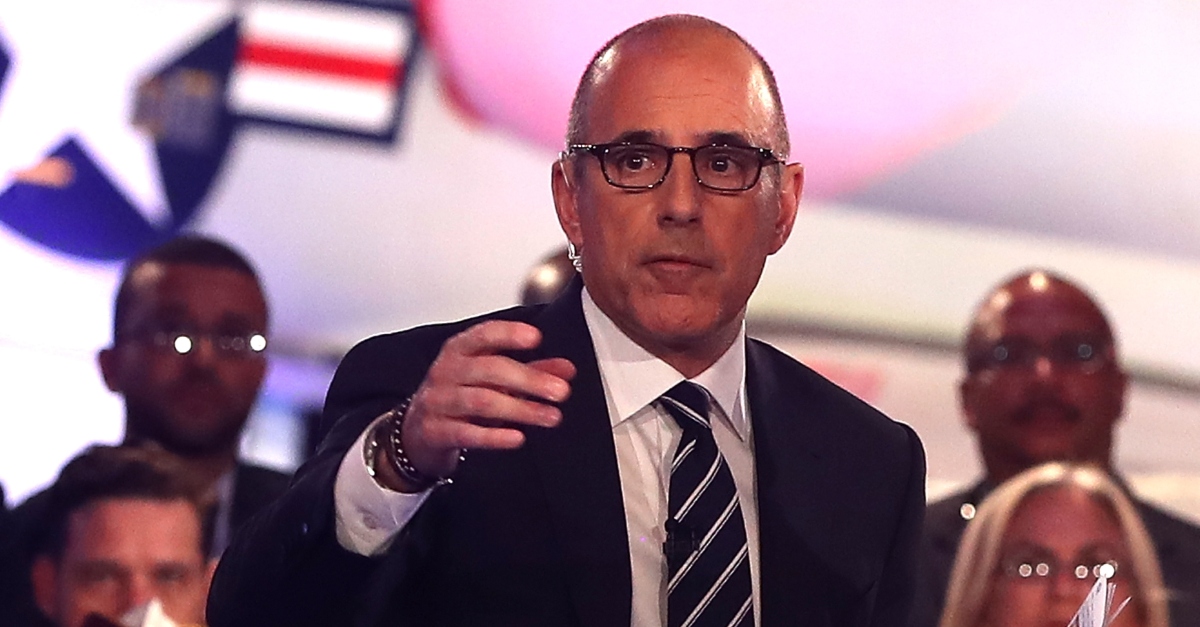 A former production assistant for TODAY on Thursday called out disgraced ex-host Matt Lauer for his open letter response to a rape allegation.

“Mr. Lauer’s attempts to slut-shame and rewrite history will not work,” Addie Zinone wrote in a statement obtained by The Hollywood Reporter. “It is troubling he has no understanding of, or empathy for, the pain he has inflicted with his brazen and predatory abuse of power on young, vulnerable women who had no voice.”

In the book, she acknowledged a fraught history with Lauer, engaging in consensual sexual encounters with him after the fact.

“This is what I blame myself most for,” she said.

Nevils later filed the complaint that led to Lauer’s outster from NBC in 2017. She said she feared the leverage he had over her career.

In a statement, Lauer denied the rape allegation, insisting he was only involved in consensual extramarital affairs. He said the women he was involved with weren’t taking “responsibility.”

“Anyone who knows me will tell you I am a very private person,” he wrote, according to Variety. “I had no desire to write this, but I had no choice. The details I have written about here open deep wounds for my family. But they also lead to the truth. For two years, the women with whom I had extramarital relationships have abandoned shared responsibility, and instead, shielded themselves from blame behind false allegations. They have avoided having to look a boyfriend, husband, or a child in the eye and say, ‘I cheated.’ They have done enormous damage in the process. And I will no longer provide them the shelter of my silence.”

This was not all Lauer had to say, hence Zinone’s latest statement. Unlike Nevils, she never alleged illegal behavior by Lauer, but she did tell her story after Lauer’s 2017 ouster from NBC. Zinone said that she and Lauer had a consensual sexual relationship that was marked by a clear power imbalance (Lauer was a star Zinone was an up-and-coming reporter).

Even though my situation with Matt was consensual, I ultimately felt like a victim because of the power dynamic. He knew that I was leaving, and that there was no better prey than somebody who is going to be gone. He went after the most vulnerable and the least powerful — and those were the production assistants and the interns. He understood that we were going to be so flattered and so enthralled by the idea that the most powerful man at NBC News is taking any interest in us. He felt like he was untouchable. He lacked so much morality and reality, because he had people enabling him. I see the common threads and how he preyed on women, and I was one of them.