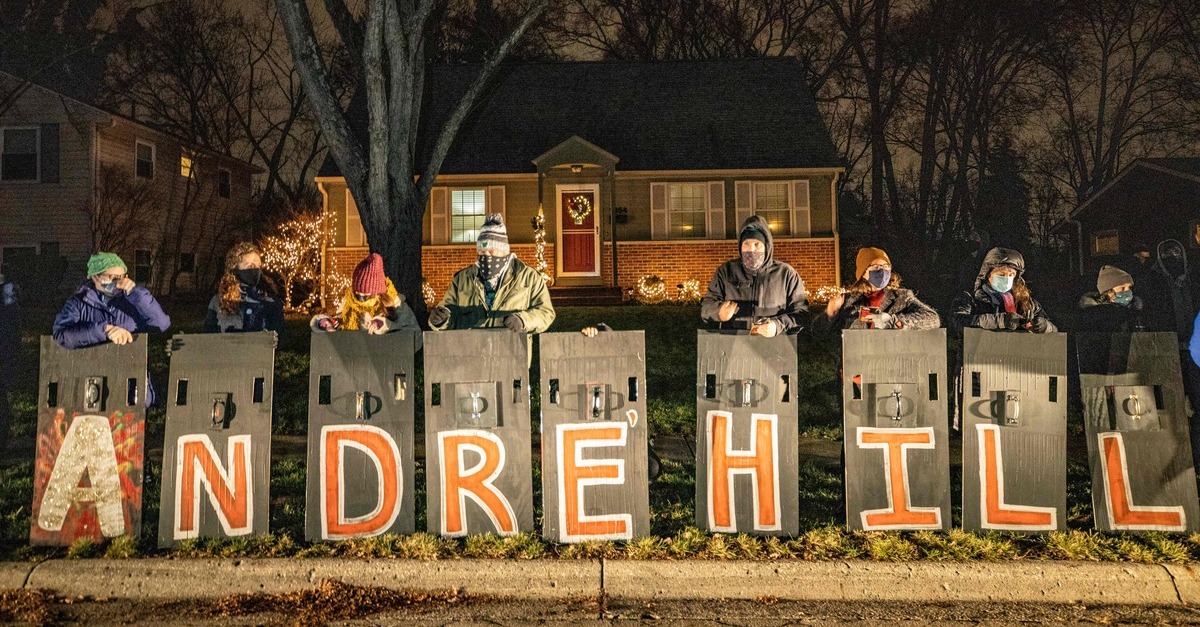 Hill, an unarmed Black man, was fatally shot after Coy and another officer responded to a call from Hill’s neighbor on December 22, 2020; the call had been about a suspicious car in front of the neighbor’s home. When officers arrived on the scene, Hill emerged from a nearby garage holding up a cellphone in his left hand (it was his friend’s garage and Hill was a guest at the residence). Within seconds, Coy, a white police officer with 19 years experience on the force, shot Hill four times. Police failed to administer medical assistance for several minutes, but chose to handcuff Hill while he was bleeding. Hill later died from his injuries.

Though the shooting was captured by Coy’s bodycam video, it only recorded video, and not audio. Coy reportedly did not activate his bodycam until after the shooting, but the camera automatically captured video footage of the prior 60 seconds. In addition to murder charges, Coy now faces felony charges for dereliction of duty based on his failure to promptly activate recording.

Columbus Mayor Andrew Ginther posted support for the indictment Thursday, saying that while the indictment “does not lessen the pain” of Hill’s death, “it is a step toward justice.”

The community was outraged by the killing of Andre Hill, an unarmed Black man, by law enforcement. The indictment does not lessen the pain of his tragic death for Mr. Hill’s loved ones, but it is a step towards justice. I thank the grand jury for their service.

Ohio Attorney General Dave Yost (R), whose office will prosecute Coy, released a statement on Wednesday detailing the charges against Coy. Yost also tweeted in reference to the Coy prosecution that “The rule of law comes down to this: the same rules for everybody.”

The rule of law comes down to this: the same rules for everybody. At this moment in history, maybe our greatest need is not for the making of new laws, but the equal and just application of the laws we have.

Coy’s defense attorney Mark C. Collins said in a statement obtained by Law&Crime on Thursday that the indictment “is not a surprise, as the grand jury only hears what the prosecuting attorney wants them to hear.”

Collins stressed that his client was fully cooperative with investigators, and voluntarily turned himself in as instructed by law enforcement. Collins responded at length to Yost’s statement.

“Come trial, unlike what the Ohio Attorney General said, these aren’t ‘the same rules for everyone.’ The trial jury will be instructed accordingly – that this case is different than any other murder case in our criminal justice system,” Collins said. “Come trial, you will hear our defense that the grand jury did not. The judge will instruct the jury that it must follow the law, as mandated by the case governing the use of deadly force by police officers: Graham v. Connor.”

“That is to say, that this case must be judged on both an objective and subjective standard. The totality of the circumstances are to be taken into consideration along with Officer Coy’s training and experience, and it is to be viewed through the lens of a reasonable police officer; not with the benefit of 20/20 hindsight,” he went on. “Graham v. Connor also provides guidance for when mistakes occur. Pursuant to Graham and its progeny, mistakes are permissible, as long as those mistakes are reasonable.”

Graham v. Connor is a unanimous U.S. Supreme Court case, decided in 1989 and authored by then-Chief Justice William Rehnquist. One of the issues decided was that, in excessive force cases, the officer’s behavior must be judged from the perspective of a reasonable police officer. The analysis must take into account that police officers often make split-second decisions in dangerous situations.

NEWS ALERT: @AttorneyCrump has issued the following statement on the Andre Hill grand jury’s decision to charge officer Adam Coy with murder in the commission of a felony and felonious assault. pic.twitter.com/2J1UTiXHRY

I preached Andre Hill’s funeral in Ohio a couple of months ago, I received this update today.

“Former Columbus police officer Adam Coy has been indicted in the fatal shooting of #AndreHill, according to news partner 10TV.”-https://t.co/SgQmwNsJxO

Collins said Coy will enter a not guilty plea and request a reasonable bond at the arraignment.