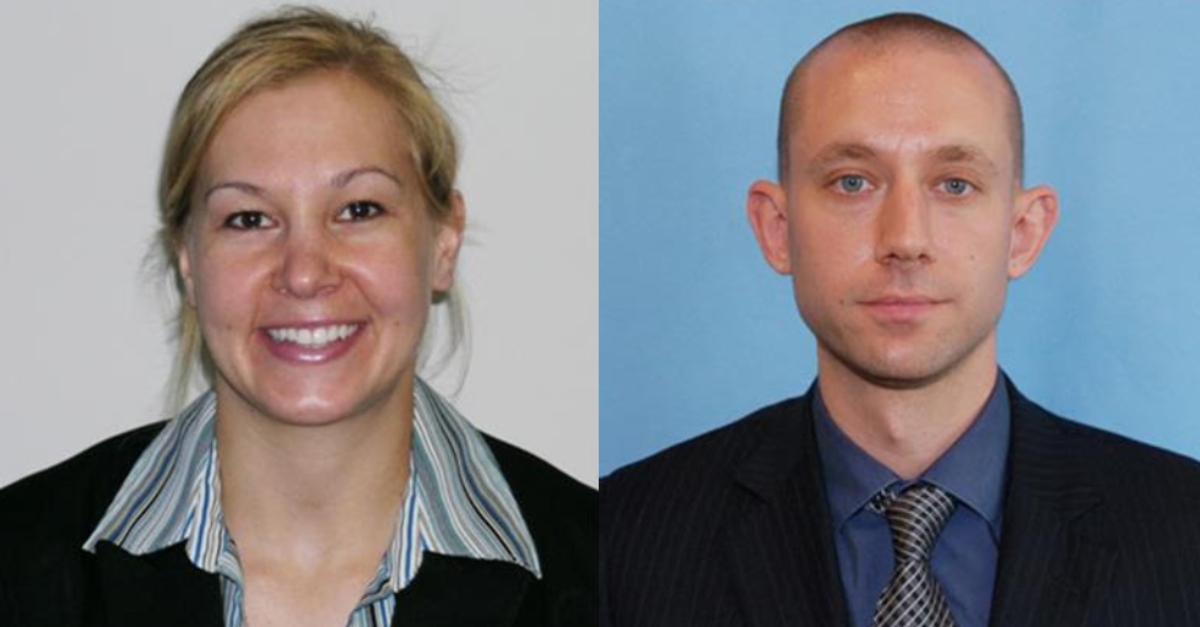 The Federal Bureau of Investigation has identified the two special agents who were killed on Tuesday while serving a warrant in Sunrise, Florida. Laura Schwartzenberger, 43, and Daniel Alfin, 36, were among agents executing a warrant against a man identified as David Lee Huber, 55, a suspect in a violent crimes against children case.

In a statement on Tuesday, FBI Miami Special Agent in Charge George Piro said Schwartzenberger was from Pueblo, Colorado. She joined the FBI in 2005, first working with the office in Albuquerque, New Mexico, then being reassigned to Miami in 2010. She worked cases regarding crimes against children for over seven years. Schwartzenberger is survived by her husband and two children, Piro said.

“Laura is someone that always encouraged everyone,” said Michelle Brown, owner of a CrossFit gym where Schwartzenberger worked out, according to NBC Miami. “Everyone wanted to be Laura’s partner, everyone wanted to be here and work out with her. She was just a gem.”

The gym, CrossFit Vice in Coral Springs, has scheduled a tribute workout for Feb. 13. Their goal is to raise $10,000 for Schwartzenberger’s children. The event is called “Lift Like Laura,” and will feature workouts the late FBI agent loved. A GoFundMe campaign raised more than $31,000 of a $40,000 goal as of Wednesday evening.

Alfin, a native of Manhasset, New York, joined the FBI in 2009, first working at the Albany office, then being assigned to Miami in 2017. He worked cases regarding crimes against children for over six years. Alfin is survived by his wife and their child.

He was a lead investigator in the FBI’s controversial probe into the child pornography website known as Playpen. Alfin had used his computer expertise to find a place in the agency and combat crimes against children.

“He felt that there was a tremendous need for it,” his father David Alfin said of the late agent’s work, according to The South Florida Sun Sentinel. “This guy really was one of the good guys.”

“Dan and Laura left home this morning to carry out the mission they signed up for and loved to do—to keep the American people safe,” Piro said. “They were valuable members of our team. They will forever be heroes. We will always honor their ultimate sacrifice.”