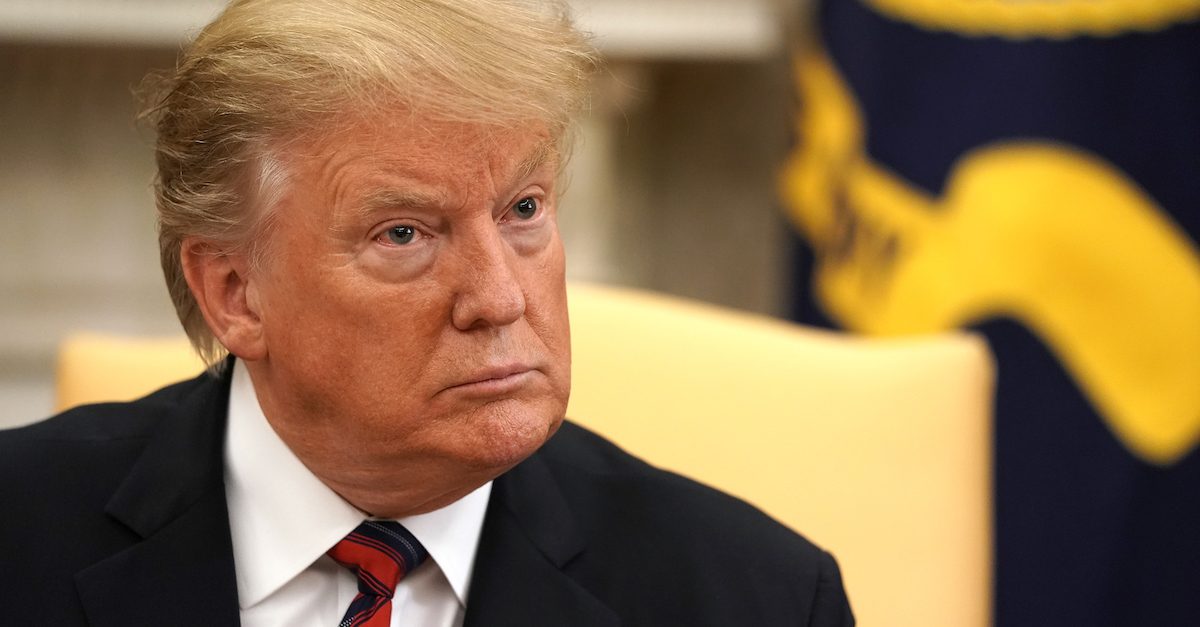 The New York Times released a bombshell report Tuesday, detailing the catastrophic business losses incurred by President Donald Trump during his rise to fame in the late 80s and early 90s; it was based on 10 years of Trump’s confidential tax information.

Hans von Spakovsky, a former DOJ attorney and FEC commissioner during the George W. Bush years, penned a Fox News column on Wednesday, in which he admonishes the Times for publishing the information because “doing so violated Trump’s right under federal law to the confidentiality of his tax returns.”

Spakovsky went so far as to say that the decision to publish Trump’s confidential tax returns could constitute a felony under federal law and leave the Times open to criminal prosecution.

“Could the editors and reporters at the New York Times be prosecuted for publishing this information? Section (a)(3) of the law makes it a felony for any person who receives an illegally disclosed tax return or return information to publish that return or that information. But it’s unknown if the bar on publication by a media organization could survive a First Amendment challenge,” Spakovsky claimed.

It is not entirely clear exactly what Spakovsky is referring to as “unknown,” as a “bar on publication” (a practice known as prior restraint) occurs when a media outlet is preemptively prevented from publishing documents (which always carries a “heavy presumption against constitutional validity”) thereby nullifying any possible disclosure crimes. Law&Crime has reached out to Mr. Spakovsky for clarification.

He goes on to say that, “if such a prosecution were attempted, there is no doubt that a First Amendment challenge would be filed.”

“The courts would then have to answer an important question: Are the interests of the government in an effective tax system and that of citizens in maintaining the confidentiality of their financial information outweighed by the First Amendment right of the press, and by and the public’s interest in obtaining financial information on elected officials?” he asked.

Spakovsky did not offer an opinion on how the court might weigh such conflicting interests, but he seemed quick to countenance that, if presented with the opportunity, a court should be willing to adjudicate the matter.

According to legal experts, Spakovsky’s analysis of the Times‘ criminal liability is not accurate and belies foundational principles of free press protections and decades of Supreme Court precedent.

Ben Gershman, a professor of criminal law at Pace University and former prosecutor with the Manhattan District Attorney’s office, called Spakovsky’s claim “ridiculous,” telling Law&Crime that it “stretches even the wildest conception” of free press protections under the First Amendment.

Gershman pointed out that “regardless of the statute, there is no doubt that the First Amendment protects the Times in this scenario,” saying that “there are reams of Supreme Court cases that directly contradict any claim that the Times can be criminally charged for publishing this information.”

Asked about Spakovsky’s description of how a court would analyze the “important question” presented by such a case (the weighing of each side’s interests), Gershman said that the First Amendment is “basically an absolute protection” for the Times under these circumstances. He adding that Spakovsky’s analysis was “too attenuated from reality” to take seriously.