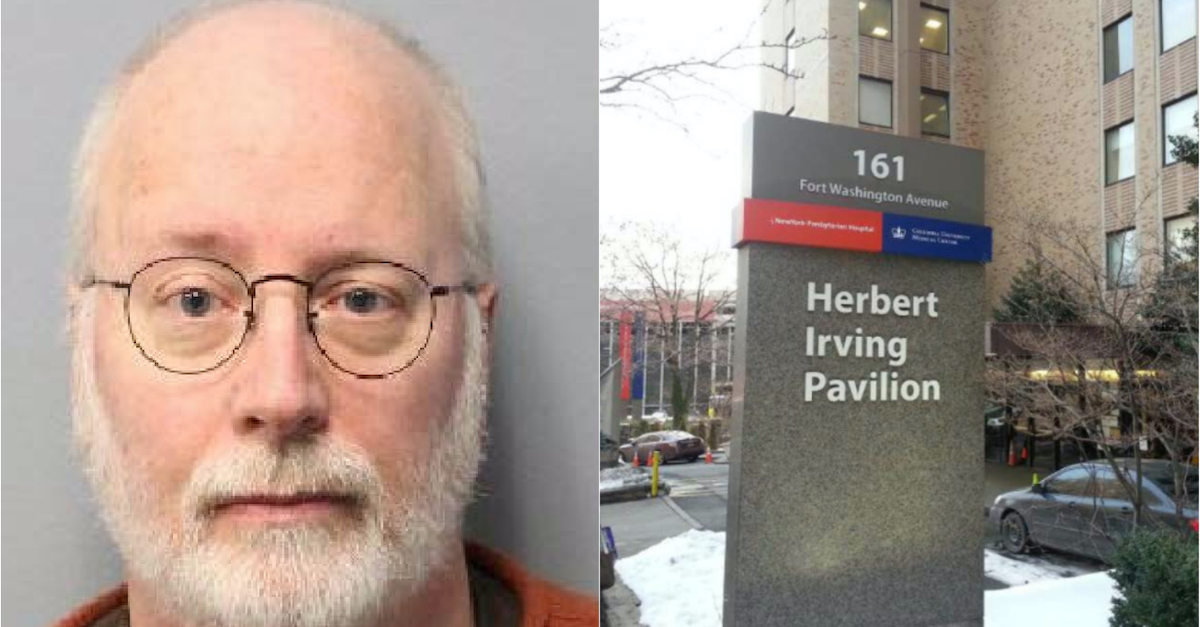 A former Columbia University gynecologist has been found guilty of the serial sexual abuse of patients in his care, including minors and the wife of former Democratic presidential candidate Andrew Yang.

When announcing the case a little more than two years earlier, the prosecutor’s predecessor, ex-U.S. Attorney Audrey Strauss, used the same description for the disgraced doctor.

“For years, he cruelly lured women who sought professional medical care to his offices in order to gratify himself,” Williams said. “Hadden’s victims trusted him as a physician, only to instead become victims of his heinous predilection. We thank and commend the brave women who came forward to tell their stories, many of whom testified at trial, to end his years-long cycle of abuse.”

Prosecutors said that the case was decades in the making, claiming the OB-GYN’s crimes took place between 1993 and 2012.

Hadden delivered one of the minors whom he sexually abused, authorities say.

At the time of his arrest in September 2020, Hadden was 62 years old, and the FBI was still searching for all of his victims.

“The abusive behavior alleged here took place over the course of nearly two decades, which means there could be many victims out there we have not heard from,” FBI Assistant Director William F. Sweeney Jr. remarked at the time.

The Southern District of New York’s case focused on seven victims, but authorities say the true number is far higher. In October 2022, Columbia University Irving Medical Center announced a settlement with 147 past patients of Hadden, which followed a similar resolution with 79 women a year earlier. Yet Hadden avoided prison time for decades, despite pleading guilty in 2016 to sexually assaulting two patients. The settlement created a more than $165 million compensation fund.

That plea deal, entered into with the Manhattan District Attorney’s office, allowed him to avoid imprisonment in return for losing his medical license and forfeiting ever getting another one.

The deal did not, however, preempt federal prosecution, and Hadden’s most recent indictment alleged a pattern of predation. Prosecutors said that Hadden touched victims’ breasts, nipples, buttocks, and genitals — “without a valid medical purpose.”

Multiple victims said Hadden would concoct an excuse to examine them, such as full-body “mole checks,” to give himself an opportunity digitally penetrate or even lick their genitals.

“Dr. Hadden just licked my vagina,” one message from 2012 said. “I’m shaking and freaked out.”

Though released on bond until his sentencing, Hadden is unlikely to duck incarceration much longer. The sexagenarian stands convicted of four counts of enticing and inducing individuals to travel interstate to engage in illegal sexual activity, each of which carries a maximum sentence of 20 years in prison, according to CNN.

His attorney Deirdre D. von Dornum, a federal public defender, did not immediately respond to an email requesting comment.

Columbia University Irving Medical Center says that Hadden has not worked as a doctor there since 2012.