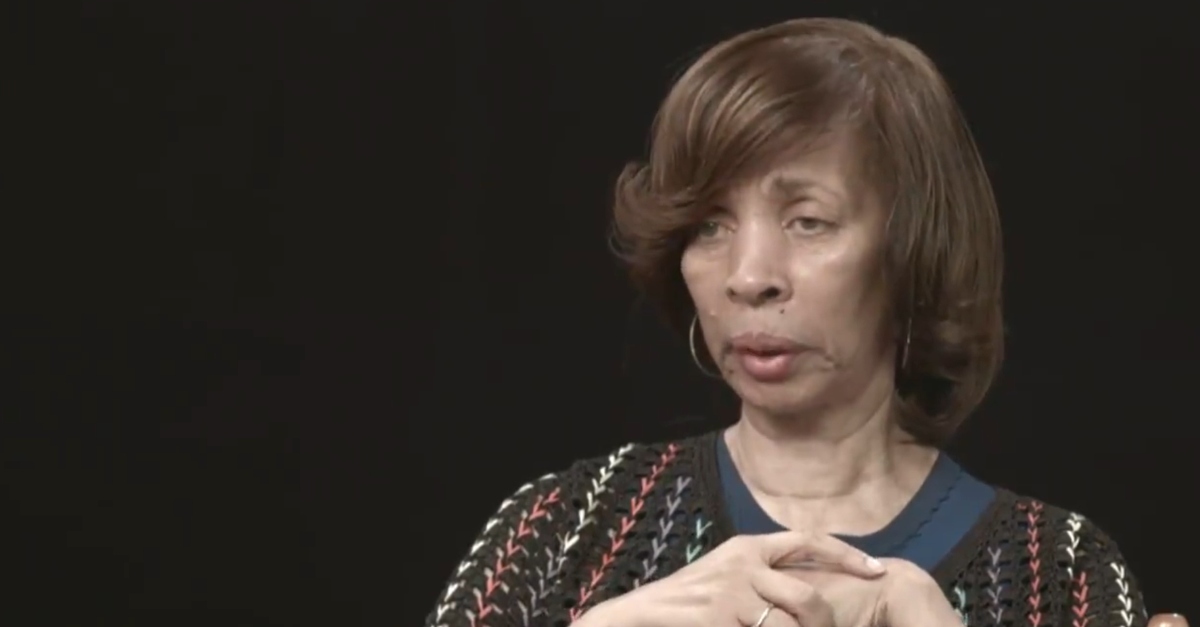 Former Democratic Baltimore Mayor Catherine Elizabeth Pugh was sentenced on Thursday in a Maryland federal court to three years in prison for her tax evasion case.

Prosecutors said she tried to cheat the Internal Revenue Service out of money earned from her “Healthy Holly” book series. It was revealed in a Baltimore Sun report that she had taken money from the University for Maryland Medical System and other organizations even though UMMS was linked to the state government and she served on their board.

Pugh stepped down as mayor last May, and pleaded guilty in her federal case in November. Federal records viewed by Law&Crime show she admitted to tax evasion, conspiracy to defraud the United States, and conspiracy to commit wire fraud, but not the actual wire fraud charges.

“I accept total responsibility….I’m sorry…I don’t know any other words that could be stronger.” Former #Baltimore Mayor Catherine Pugh apologizes on the eve of her sentencing. More from the video tonight on @wjz at 7 & 11… pic.twitter.com/2dIQj8yk3L

“I accept responsibility,” she said in a video sent to the court. “I accept total responsibility. I’ve pleaded guilty. I’m sorry. I don’t know any other words that could be stronger.”

She attempted to come across as contrite, but prosecutors compared her to a mobster.

At Pugh sentencing, Assistant US Attorney Martin Clarke says former mayor “deliberately and cunningly set out to deceive people” and to “rig an election to her advantage and cover it all up”

They argue #Pugh did NOT suffer lapse in judgement, but her actions were “like something out of a mobster movie” in her #HealthyHolly scheme