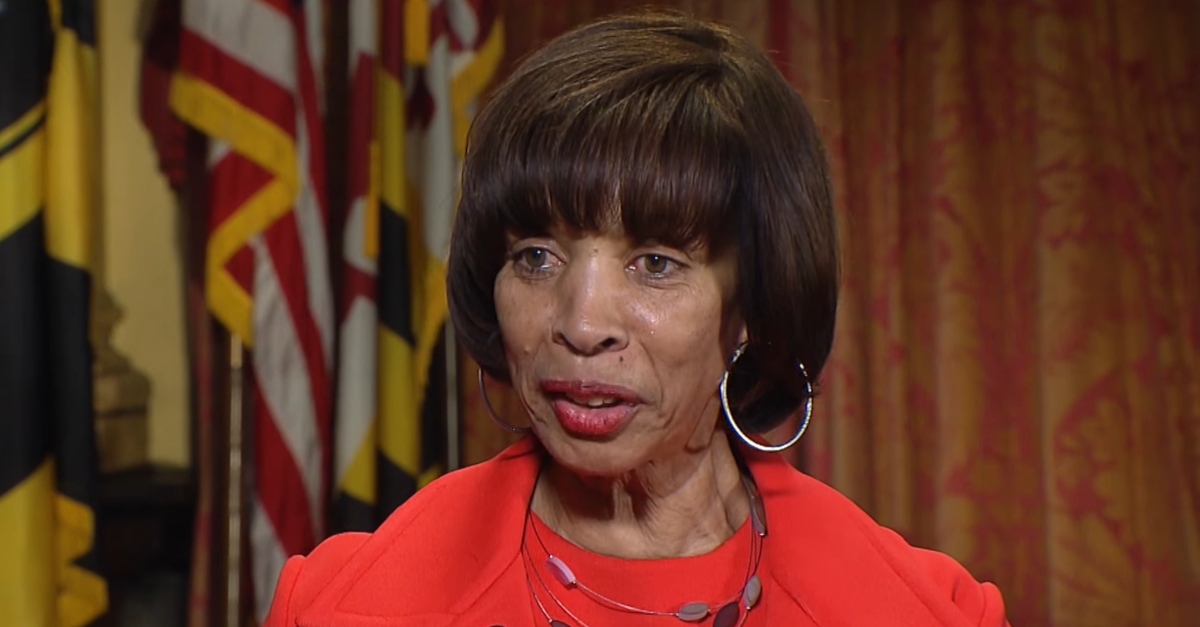 Catherine E. Pugh is out as mayor of Baltimore, Maryland. The Democrat submitted a letter of resignation Thursday, according to The Baltimore Sun. It happens after federal investigators raided her home, and she faced a scandal for accepting $700,000 from government-linked groups for her children’s books.

The Baltimore City Council asked her to last month to quit.

Please see letter from my colleagues and I to @MayorPugh50. We strongly believe that for the sake of Baltimore @MayorPugh50 should resign from office. pic.twitter.com/1oaZZkmh38

Now they get their way. According to the Sun, Pugh submitted her resignation Thursday. Her attorney Steven Silverman also announced this as a press conference, but didn’t take questions.

The controversy stems from the revelation that she accepted money from the University of Maryland Medical System and other organizations for her self-published “Healthy Holly” books. That was a problem because the UMMS was linked to the Maryland state government, and she served on their board.

Pugh took a medical leave of absence on April 1, saying she had to recover from pneumonia. City Council President Jack Young, who had been serving as acting mayor, will now officially serve as Baltimore’s top official.

“Although I understand that this ordeal has caused real pain for many Baltimoreans, I promise that we will emerge from it more committed than ever to building a stronger Baltimore,” he said in a statement.