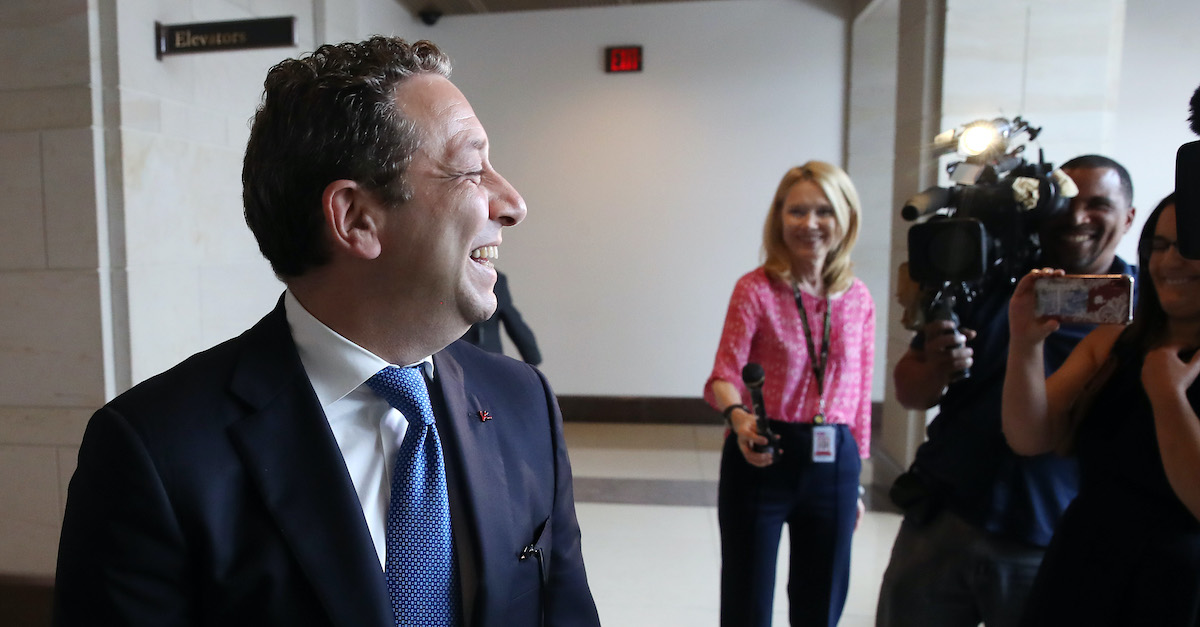 Outgoing President Donald Trump’s former associate Felix Sater tried to settle a lawsuit accusing him of being a ringleader of a conspiracy to launder illicit cash through Trump properties, but there was little to no interest from the alleged victims, court papers revealed on Wednesday.

That statement came courtesy of a declaration from Sater’s lawyer, who claimed that her client—a former senior adviser at the Trump Organization with ties to the Russian mafia—has been trying to make a deal with Kazakhstan’s largest city of Almaty and BTA Bank to put a federal lawsuit to bed.

“Although the Sater defendants, through their counsel, have tried to engage in a settlement dialogue with Plaintiffs’ counsel, all such attempts to initiate such a dialogue have been met with silence from plaintiffs’ counsel,” Sater’s attorney Jill Levi, from the firm Todd & Levi, LLP, wrote in a declaration.

In November, Law&Crime first reported that a federal judge refused to dismiss a lawsuit accusing Sater of helping Almaty mayor’s son Ilyas Khrapunov wash stolen millions in at least five schemes throughout the United States, including through Trump Soho.

“Sater not only met with Ilyas Khrapunov in Trump Tower to discuss laundering the stolen funds, but he also personally arranged meetings between Ilyas and Donald J. Trump to discuss possible investments,” the first amended complaint against Sater states.

The settlement discussions, however, predated the ruling advancing the lawsuit.

“In fact, in October 2020, we provided plaintiffs’ counsel with proposed terms of settlement (in writing) that the Sater defendants had exchanged with Plaintiffs’ representatives and agents,” Levi continued. “Inexplicably, other than acknowledging receipt of the proposal, plaintiffs’ counsel failed to respond to the proposal at all or to offer any substantive response.”

Attorney Matthew Schwartz, who represents Almaty and the bank, claimed that the discussions started after Sater asked to pause discovery on Oct. 21.

“Subsequently, some settlement discussions took place through counsel, although obviously no disposition has been reached,” Schwartz wrote on Dec. 11.

Schwartz asked the court earlier this month to order the disclosure of information about those settlement discussions.

“In an attempt to dispose of this litigation, Felix Sater (according to his own counsel) approached, directly and through intermediaries, representatives of the plaintiffs in this case as well as third parties,” he wrote in a 15-page legal brief supporting a motion to compel. “While it is unclear precisely who has been involved in Sater’s efforts–on either side of his purported settlement negotiations–it is clear that Sater has relayed communications to individuals in Kazakhstan through his own intermediaries, including (again, according to his counsel) a former U.S. Defense Department official now working at Sater’s direction. Sater may have also attempted to reach individuals in Kazakhstan directly.”

Sater’s counsel disputes the talks were ever serious.

“I would hardly characterize these events as ‘settlement discussions,’ as Mr. Schwartz has stated in his declaration,” Levi wrote in her declaration.

In an accompanying legal brief, Levi defended her client’s right to confidentially dispose of the case.

“The Court should not sanction this blatant attempt to hijack the settlement process and intrude upon the settlement bargaining table,” Levi wrote. “Simply stated, there is nothing wrong with Mr. Sater engaging in settlement discussions and in relying on the agreement of the parties participating therein not to use same for any purpose whatsoever in the litigation.”