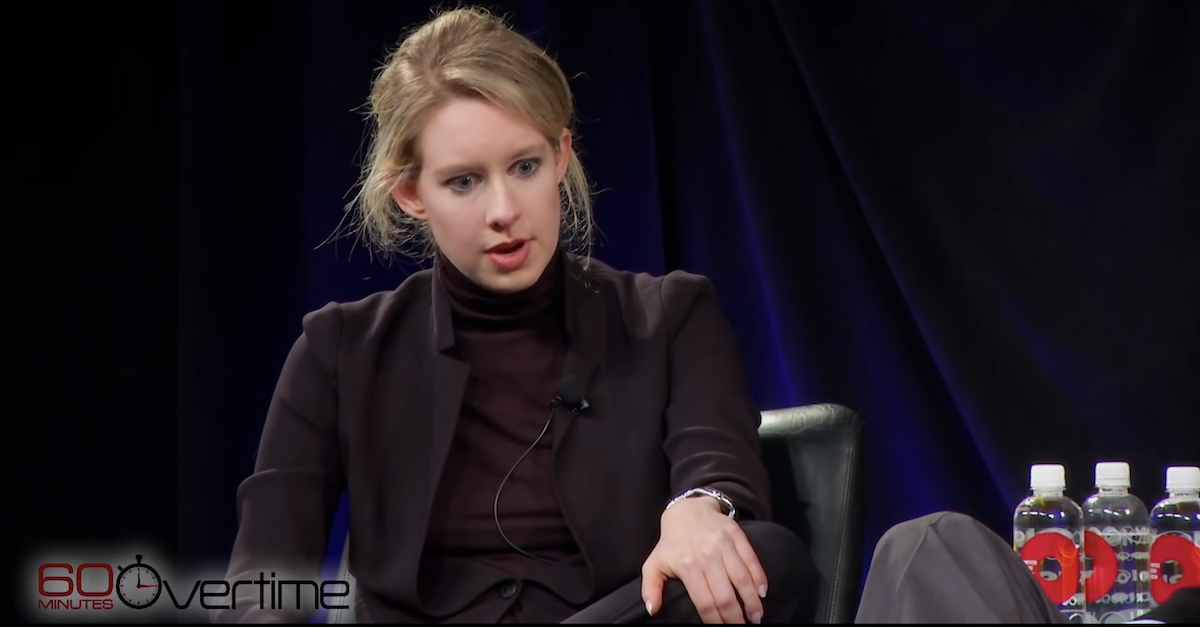 A federal judge on Friday sentenced Theranos founder Elizabeth Holmes to 11 years in federal prison in a four-hour hearing that included Holmes’ tearfully apologizing and saying she “gave everything I had to build our company.”

While prosecutors had asked for 15 years, Holmes’ attorneys asked for home confinement or a minimal term of 18 months in prison, but U.S. District Judge Edward J. Davila sentenced Holmes to 11 years, remarking upon the defendant’s possible “intoxication with fame,” according to Law360 reporter Dorothy Atkins.

Judge Ed Davila suggests it may have been hubris or “intoxication with fame” that led to Holmes’ conduct, and none of the letters in Holmes’ support condone lies and manipulation to fundraise for business ventures.

Davila ordered Holmes to report to prison on April 27.

A federal jury in San Jose convicted Holmes of three counts of wire fraud and one count of conspiracy to commit wire fraud on Jan. 3, following a trial that drew a huge crowd of journalists and onlookers to the courthouse every day. Holmes’ attorneys submitted at least 130 supportive letters from her family and friends, including Sen. Cory Booker (D-N.J.), who wrote that he’s advocating “for a fair and just sentence” in the same spirit he’s brought to his work to reform prisons and federal sentencing laws.

The international attention stemmed from the Hollywood-style intrigue that cloaked Holmes since she became a national media darling for her work with Theranos, a blood-testing startup company that she touted as a scientific revolution.  A Stanford University dropout, Holmes founded the company at age 19, but federal prosecutors said she and her ex-boyfriend, Ramesh “Sunny” Balwani, who was Theranos’ chief operating officer, went on to defraud investors of millions of dollars with false claims about the company’s capabilities.

From the courthouse window I can see that Elizabeth Holmes has arrived. pic.twitter.com/aOEPpdijm0

Before she was indicted in June 2018, Holmes persuaded influential people such as media mogul Rupert Murdoch and Oracle founder Larry Ellison to invest in Theranos. She also won over some of the U.S’s wealthiest families, including the Waltons of the Walmart empire.

A separate jury on July 7 convicted Balwani, whom Holmes has accused of abuse, of two counts of conspiracy and ten counts of wire fraud. He’s to be sentenced Dec. 7.