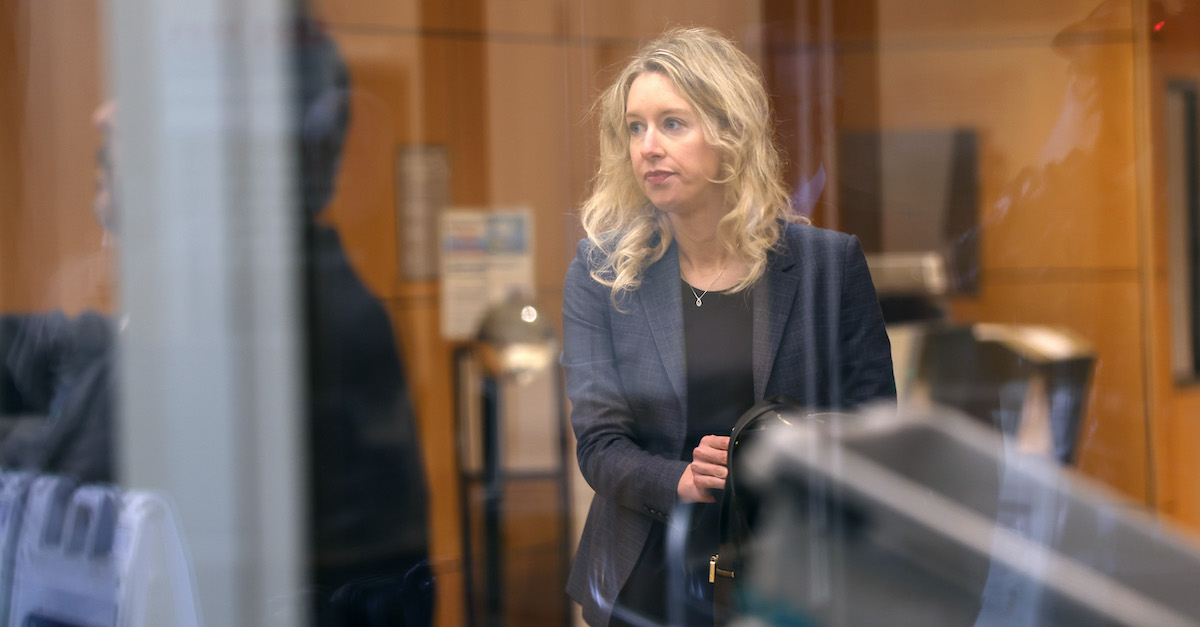 Ranking her fraud among the “most substantial white collar offenses Silicon Valley or any other District has seen,” federal prosecutors asked a judge to sentence disgraced ex-Theranos CEO Elizabeth Holmes to 15 year in prison.

The government released its sentencing memo the day after Holmes’s attorneys requested a non-jail sentence, touted support from Sen. Cory Booker (D-N.J.), and in the government’s view, cast their client as a “victim.”

“She is not,” Assistant U.S. Attorney Robert S. Leach wrote in a blistering, 46-page brief. “Holmes was the CEO and the Chairperson of Theranos. She repeatedly chose lies, hype, and the prospect of billions of dollars over patient safety and fair dealing with investors. Elizabeth Holmes’ crimes were not failing, they were lying—lying in the most serious context, where everyone needed her to tell the truth.”

In addition to a lengthy term of incarceration, prosecutors want Holmes to pay $803,840,309 in restitution for what they called a years-long scheme to cheat dozens of investors out of hundreds of millions of dollars.

“Time and again, she chose deceit over candor,” the sentencing memo states. “She forged her own endorsements. She preyed on hopes of her investors that a young, dynamic entrepreneur had changed healthcare. She leveraged the credibility of her illustrious board. And, through her deceit, she attained spectacular fame, adoration, and billions of dollars of wealth.”

In 2015, Holmes became ranked by Forbes as the youngest and wealthiest self-made billionaire from Theranos. Her company claimed to have developed a revolutionary method to perform blood testing with an amount as small as a finger-prick, and at one point, Theranos rose to a $9 billion valuation at its height.

That was before a series of exposés by the Wall Street Journal’s John Carreyrou, whose investigative work culminated in the book Bad Blood: Secrets and Lies in a Silicon Valley Startup. HBO later turned it into a documentary.

“When a journalist dared to ask questions about Theranos’ actual achievements, she tried to dupe him and then attacked him, along with his sources,” prosecutors noted. “After her fraud was revealed, she lied, obfuscated, and concealed. At trial, she blamed her COO (and longtime boyfriend), her board, her scientists, her business partners, her investors, her marketing firm, her attorneys, the media—everyone, that is, but herself.”

During the trial, Holmes tearfully accused ex-boyfriend and former Theranos chief operating officer Ramesh “Sunny” Balwani of intimate partner abuse, including allegations of psychological abuse and forced sex. Though both Theranos executives were initially charged as co-defendants, Holmes’s allegations led to their cases being tried separately. Police told CNBC that they found no report under Holmes’s name.

At his separate fraud trial, a jury found Balwani guilty on all counts.

Prosecutors emphasize that their deception had real victims.

“She also put patients at risk,” the sentencing memo states. “As money was drying up, she went to market with an unproven and unreliable medical device. When her lead assay developer quit as Theranos launched, she chillingly told the scientist: ‘she has a promise to deliver to the customer, she doesn’t have much of a choice but to go ahead with the launch.'”

“During her fraud scheme, women received wrong tests about their pregnancies, Theranos generated wrong results for cancer tests, and one victim was led to believe she had the virus that causes AIDS,” the sentencing memo says. “Even after Theranos itself concluded that there was a possible patient impact for every single test run for patients on its ‘Edison’ device and voided all Edison tests, Holmes minimized its primary regulator’s findings of immediate jeopardy and condition-level deficiencies as not ‘major.'”

Though prosecutors do not doubt her work ethic and charisma, they say that Holmes was “blinded by ambition.”

“Her reality distortion field put, and will continue to put, people in harm’s way,” they wrote. “She stands before the Court remorseless. She accepts no responsibility.”

The scale of the fraud was so vast, prosecutors say, that the federal guidelines call for a sentence of more than 80 years, effectively a life sentence. By pursuing a decade and a half, prosecutors have sought a term that will allow the 38-year-old to leave prison in her 50s. She is scheduled to be sentenced on Nov. 18.