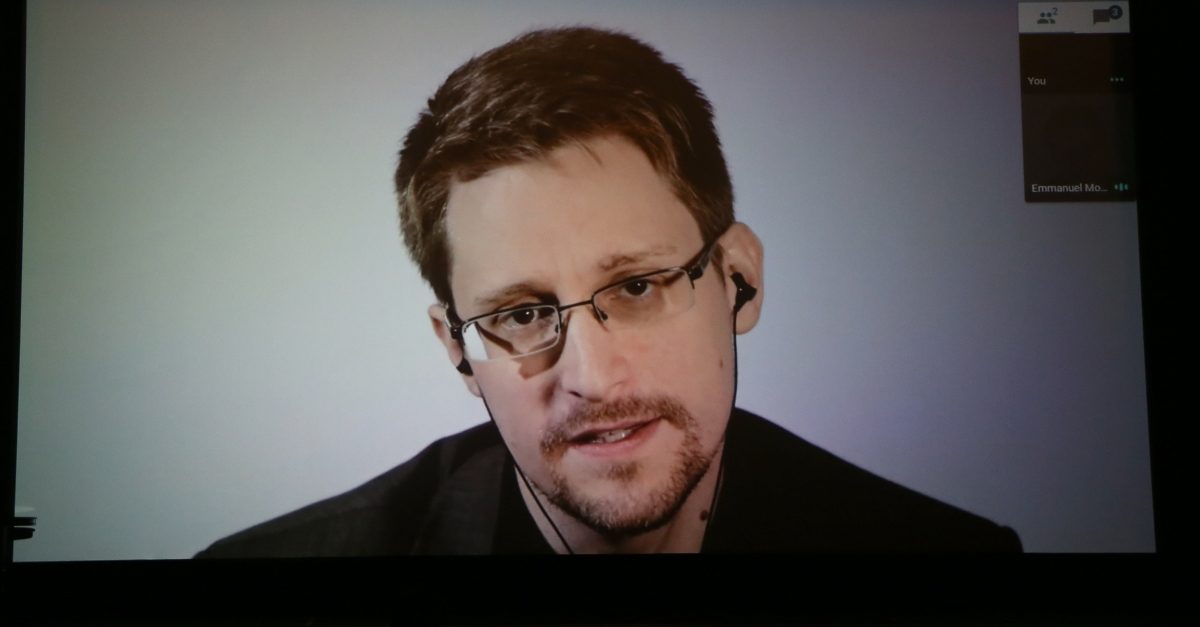 A federal judge on Tuesday ruled that the government is entitled to any profits derived from the sale of Edward Snowden’s recently released book — Permanent Record — holding that the publication was a clear breach of the employment agreements he signed prior to working for the National Security Agency (NSA) and Central Intelligence Agency (CIA).

Before fleeing to Russia, Snowden famously leaked top-secret controversial government documents, revealing the NSA’s expansive domestic surveillance and bulk data collection. Federal prosecutors charged him with two counts of violating the Espionage Act and one count of theft of government property in 2013.

Unable to pursue a criminal prosecution, the Department of Justice filed a lawsuit against Snowden in September claiming that the publication of his memoir, which was not submitted to the government for pre-approval, violated the secrecy agreements Snowden signed as part of his work for various intelligence agencies.

Attorneys representing Snowden argued that he did not submit his memoir for approval because the government indicated that it would refuse to review the materials in good faith and within a reasonable time, and was selectively choosing to enforce his secrecy agreements out of animus for his point of view.

In a 14-page opinion, Judge Liam O’Grady of the United States District Court for the Eastern District of Virginia rejected Snowden’s arguments and sided with the DOJ, ruling in favor of the department’s motion for summary judgment in the case.

“The terms of these Secrecy Agreements are clear, and provide that [Snowden] is in breach of his contracts and the fiduciary duties identified therein if his public disclosures include the type of information and materials the contracts required to be submitted for prepublication review,” O’Grady wrote. “Because there is no genuine dispute of material fact that Snowden publicly disclosed the type of information and materials described above in Permanent Record and his speeches, the Government is entitled to summary judgement.”

The court’s decision was widely expected by national security experts who have been predicting the outcome since the book was announced.

“Everyone warned Snowden this exact thing would happen, but he and his team did it anyway,” national security attorney Bradley P. Moss told Law&Crime. “This court ruling was not surprising in the slightest, as the case law is explicitly clear on what happens when the person refuses to go through prepublication review.”

Attorneys representing Snowden said they disagree with the court’s ruling and will review their options.

“It’s farfetched to believe that the government would have reviewed Mr. Snowden’s book or anything else he submitted in good faith. For that reason, Mr. Snowden preferred to risk his future royalties than to subject his experiences to improper government censorship,” Brett Max Kaufman, one of the attorneys on Snowden’s legal team said in a statement Tuesday.

US v Snowden EDVA Ruling by Law&Crime on Scribd