Will Edward Snowden's Memoir Get Him in Trouble? | Law & Crime 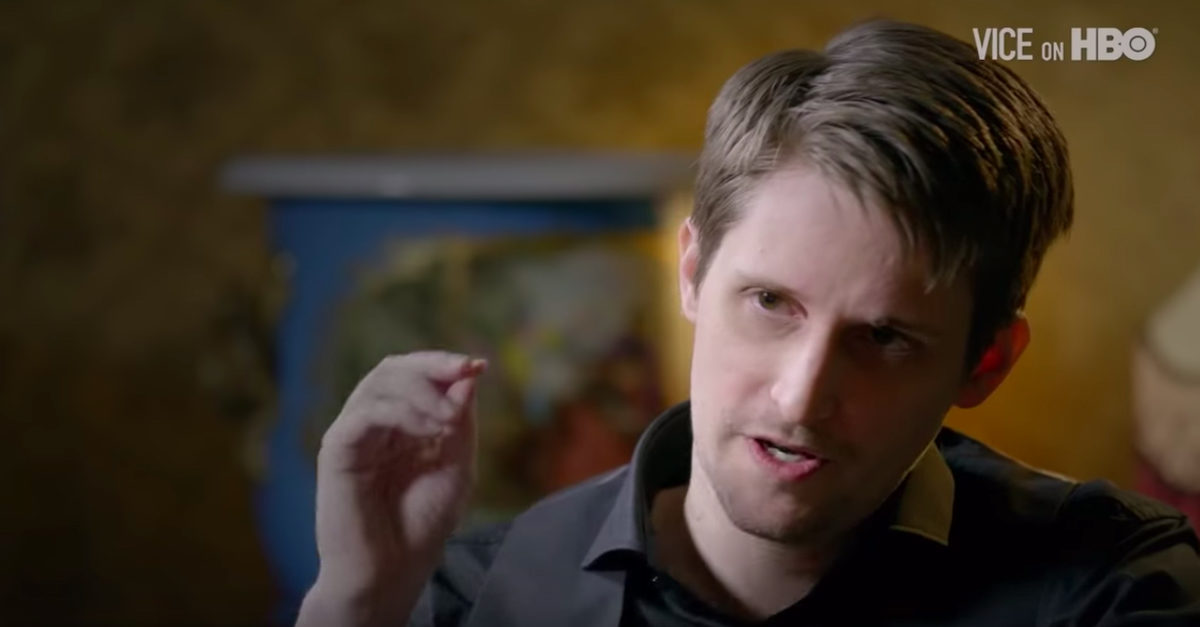 Because Snowden is still subject to any disclosure restrictions set forth in his NSA employment contract, however, the content of his upcoming memoir raises a number of significant legal issues.

Snowden, who currently resides in Moscow, was charged in 2013 with two counts of violating the Espionage Act and one count of theft of government property. While the story of Snowden’s initial disclosure was captured in Laura Poitras’s Academy Award-winning documentary Citizenfour, the publication of a memoir presents a new set of legal obstacles.

National security lawyer Bradley P. Moss, a partner at the law firm Mark S. Zaid, PC, told Law&Crime that despite Snowden having already violated his non-disclosure agreement (NDA), proceeds from the memoir sales could be seized by the government — unless the book is subjected to a screening process prior to publication.

“In general, all former U.S. Government security clearance holders are supposed to submit any published works for pre-publication review, no matter how many years ago it was that they held a clearance. This process is specifically mandatory for individuals – such as Mr. Snowden – who held access to Sensitive Compartmented Information,” Moss said. “Each agency has its own pre-publication review process, but the general concept is that the individual submits the draft manuscript to the agency for review.”

“Once the agency completes the review process, they’ll send the manuscript back with any redactions that are required as implicating currently classified information,” he added.

While the government reserves the right to redact any information deemed to fall within the terms of a person’s NDA, such censorship can still be challenged by suing the government under the First Amendment.

According to Moss, courts have consistently frowned upon any attempts to publish content that may be subject to NDA mandates without giving the government the opportunity to screen the content.

“The courts have repeatedly concluded that if the individual does not go through this specific process where mandated, and the government chooses to pursue either civil litigation or criminal charges, the individual will be found to be in breach of their contractual obligations as a clearance holder,” Moss said.

Prior to publicly announcing the project in January, Macmillan had gone to great lengths to keep the venture under wraps. According to the Associated Press, the book was considered a “covert project” by Macmillan and only identified under code names in internal documents. Financial details for the book have not been released.

Law&Crime reached out to Macmillan to ask whether the memoir has been screened in advance of its release, but we have not received a response at the time of publication.

Moss reiterated that attempting to circumvent the screening process could prove costly.

“If a civil lawsuit is filed, the government typically seeks to seize all monetary proceeds from sales of the book, no matter whether the individual was going to personally take the proceeds as income or donate them to charity,” he said. “If criminal charges are filed, it is for the knowing and deliberate disclosure of classified information without authorization, and is a felony with possible jail time in play.”