Federal Judge Rules Against West Virginia’s ‘Save Women’s Sports Bill’: Transgender Girl Must Be Allowed to Try Out for Girls’ Team 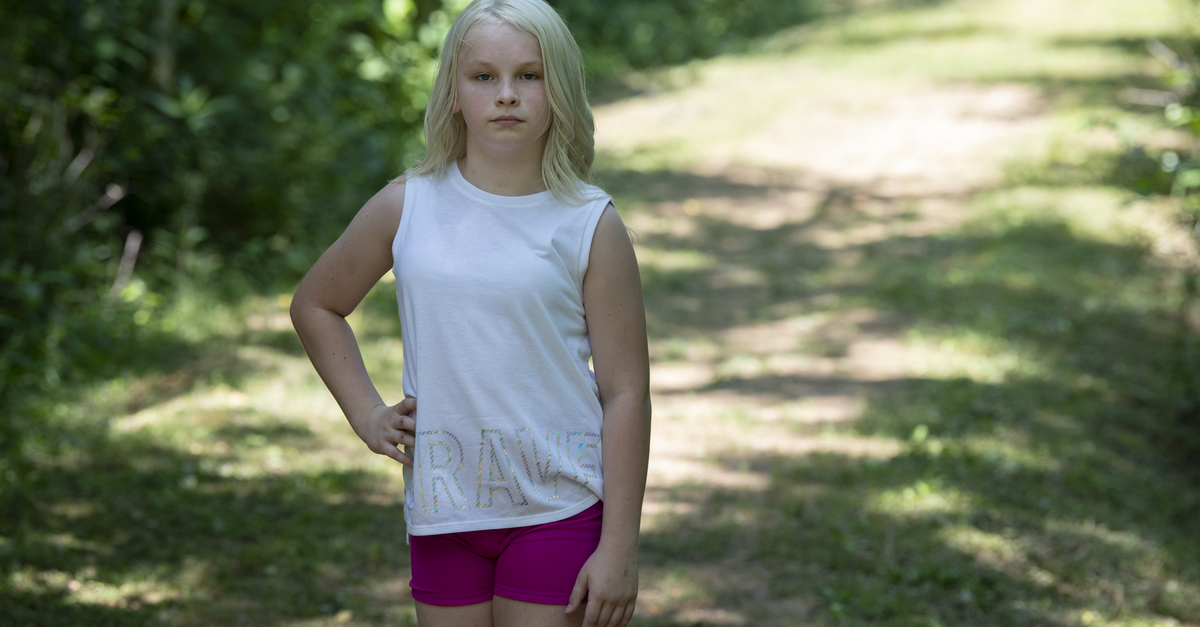 A federal judge ruled Wednesday that 11-year-old Becky Pepper-Jackson, a transgender girl, must be allowed to try out for the girls’ cross-country and track team at her school.

West Virginia recently passed the “Save Women’s Sports Bill,” which prohibits transgender girls from participating on most girls’ sports teams. The ACLU and LGBTQ+ advocacy group Lambda Legal filed a lawsuit on Pepper-Jackson’s behalf in May, challenging the statute.

Our client Becky Pepper-Jackson wants to try out for her middle-school track team and would be banned from doing so under this law.

Becky should have the same chance to try out for a team as any other girl.

Judge Joseph Goodwin, a Bill Clinton appointee of the U.S. District Court for the Southern District of West Virginia, issued a harsh rebuke of House Bill 3293 in his order granting a preliminary injunction; noting that the law was “strategically referred to as the ‘Save Women’s Sports Bill,'” and that West Virginia Governor Jim Justice (R) signed it into law, Goodwin began by offering historical context.

The Fourteenth Amendment, Goodwin explained, was meant to guarantee equal protection under the law for all individuals. The immediate aim of the Amendment had to address the ills caused by slavery and mandate equality among races — on the surface, quite a different goal from protecting transgender student athletes. However, the judge said the struggle for equality — as well as the motivation for its denial — remains the same.

A fear of the unknown and discomfort with the unfamiliar have motivated many of the most malignant harms committed by our country’s governments on their own citizens. Out of fear of those less like them, the powerful have made laws that restricted who could attend what schools, who could work certain jobs, who could marry whom, and even how people can practice their religions. Recognizing that classifying human beings in ways that officially sanction harm is antithetical to democracy, the states ratified the Fourteenth Amendment. It ensures that no state may “deny to any person within its jurisdiction the equal protection of the laws.” Accordingly, the courts are most juberous of any law—state or federal—that treats groups of people differently.

The statute at issue demands that “[a]thletic teams or sports designated for females, women, or girls shall not be open to students of the male sex where selection for such teams is based upon competitive skill or the activity involved is a contact sport.” Further, it conditions participation on “biological sex” (meaning gender at birth) as opposed to gender identity.

Goodwin analyzed Pepper-Jackson’s challenge to the law under the standard framework of equal protection jurisprudence, finding that the law was discriminatory and likely could not withstand a constitutional challenge. Reasoning that Pepper-Jackson has lived as a girl for years — including competing in girls sports — but would now be prohibited from competing as a girl, Goodwin found that “there is an inescapable conclusion that Section 18-2-25d discriminates on the basis of transgender status.” Based on the recent Supreme Court precedent in the Gavin Grimm case, Goodwin applied intermediate scrutiny in his analysis of the statute.

The legal standard of intermediate scrutiny requires that the government show that the classification used is substantially related to an important governmental objective. At the injunction phase, the court needed only analyze the statute as applied to Becky Pepper-Jackson; later in litigation, the general impact of the statute may be reviewed.

Judge Goodwin, however, was clear on his position as to West Virginia’s objective.

“I have been provided with scant evidence that this law addresses any problem at all,” he remarked, “let alone an important problem.”

“Those standing in opposition to this law,” wrote Goodwin, “assert that it was enacted to incite fear and exclude certain persons.”

Addressing a standard argument against transgender participation in sports, Goodwin raised the issue of unfair advantage on the athletic field. Goodwin explained that “testosterone is the reason for any advantage,” but that Pepper-Jackson has been on puberty delaying drugs for over a year. Given that this student “has not undergone and will not undergo endogenous puberty,” there is no risk that allowing her to compete alongside other girls would result in an unfair physical advantage.

The court also conducted a brief Title IX analysis of House Bill 3293. Pepper-Jackson’s school receives federal funding, Pepper-Jackson was excluded “on the basis of sex,” and she would be the only girl in her school forced to play on the boy’s team. “Like the discriminatory policy in Grimm,” reasoned the judge, “this law both stigmatizes and isolates [Becky Pepper-Jackson].”

“The right not to be discriminated against by the government,” wrote Goodwin, “belongs to all of us in equal measure. It is that communal and shared ownership of freedom that makes up the American ideal.” Quoting Langston Hughes, he continued, “The American ideal is one ‘that never has been yet—And yet must be—the land where every man is free.'”

Becky is an amazing kid who deserves the same opportunities as every girl her age. And Becky has a lot of people in her corner in this battle, including @LambdaLegal @aclu and @cooleyLLP. And the support of so many West Virginians!

We’ve said all along this cruel legislation would not survive a legal challenge, and we’re encouraged by the court’s decision today. We hope trans kids throughout West Virginia who felt attacked and wronged by the passage of this legislation are feeling empowered by today’s news.

[image by Raymond Thompson Jr, courtesy of the ACLU]