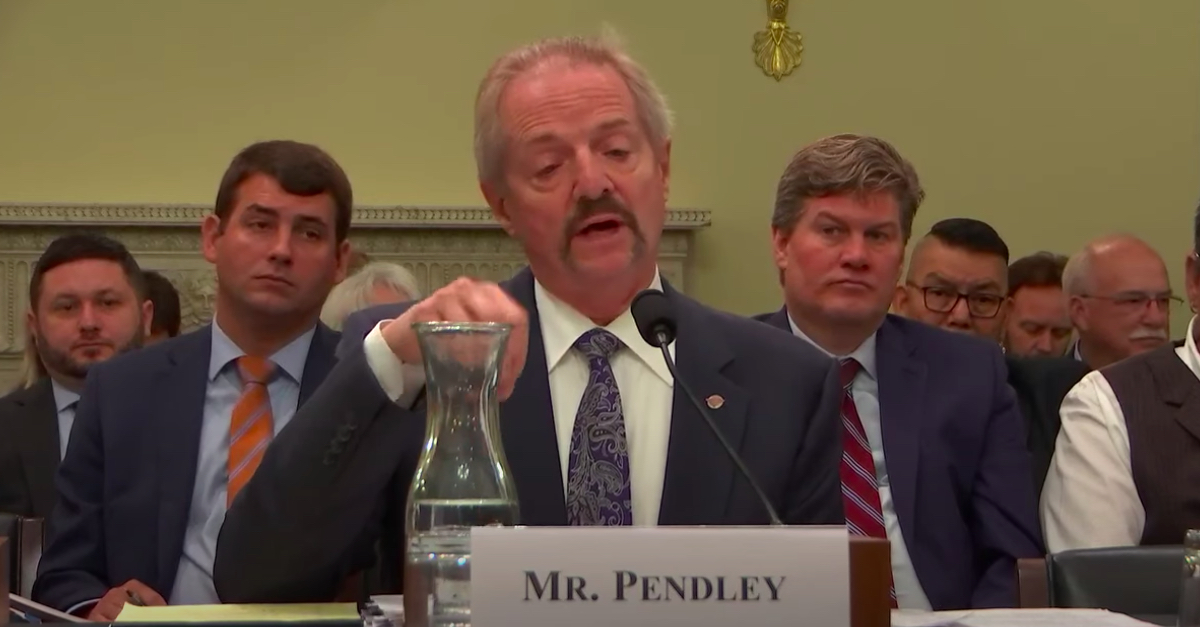 A federal judge on Friday ruled that President Donald Trump’s appointee to temporarily head the U.S. Interior Department Bureau of Land Management (BLM) had been unlawfully leading the agency for more than a year. The judge ordered the appointee to cease exercising any further authority and to immediately step down from the position.

In a 24-page order, Chief District Judge Brian Morris of the U.S. District Court of Montana reasoned that William Perry Pendley had been leading the agency unlawfully for 424 days, in violation of the Appointment Clause of the U.S. Constitution and the Federal Vacancies Reform Act (FVRA).

The lawsuit was initially filed in July by Montana’s Democratic Gov. Steve Bullock and the Montana Department of Natural Resources and Conservation after U.S. Interior Department Secretary David Bernhardt extended Pendley’s tenure as the “temporary” director of BLM.

Morris outright rejected the government’s argument that Pendley could continue serving in his current role because he was just an “official performing the Director’s duties,” and not an “acting” appointee, calling the assertion a “distinction without a difference.”

“Under Federal Defendants’ theory, a President could ignore their constitutional appointment responsibility indefinitely and instead delegate authority directly or through Cabinet Secretaries to unconfirmed appointed officials. Such an arrangement could last for an entire presidential administration. In fact, the case before the Court presents that scenario,” he wrote.

“Such arguments prove evasive and undermine the constitutional system of checks and balances. Federal Defendants’ theory flies in the face of the constitutional design, the clear text of the FVRA that provides the “exclusive” means for temporary appointment, and the history of Executive Branch evasion of the Appointments Clause that led Congress to pass the FVRA in the first place.”

“This case does present, however, a unique method to evade proper FVRA acting appointment procedures. The President cannot shelter unconstitutional ‘temporary’ appointments for the duration of his presidency through a matryoshka doll of delegated authorities,” Morris wrote.

Morris additionally ruled that Bernhardt cannot simply delegate Pendley’s duties to another person of his choosing, stating that whomever takes over as acting head must be appointed by the president and confirmed by the Senate.

“Today’s ruling is a win for the Constitution, the rule of law, and our public lands,” said Gov. Bullock after the order was issued.

Interior Department spokesman Conner Swanson told the Associated Press that the administration plans to immediately appeal the ruling, saying it was “an outrageous decision that is well outside the bounds of the law.”

Pendley Order by Law&Crime on Scribd