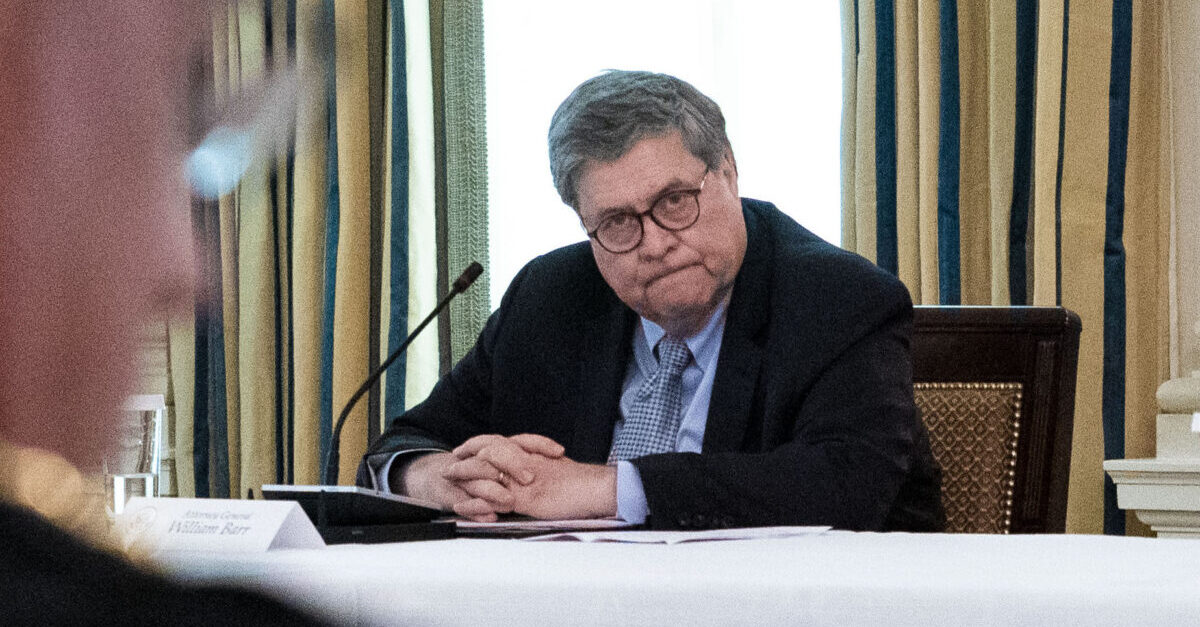 While Bill Barr was rebuked in June by more than 1,250 former employees of the Department of Justice, this week marked the first time a sitting federal prosecutor directly and explicitly called out U.S. Attorney General for having intentionally turned the department into a political tool of the Trump administration.

In a letter published in the Boston Globe on Thursday, Assistant U.S. Attorney for the District of Massachusetts James D. Herbert derided Barr’s second tenure as head of the DOJ, saying that his conduct in office “should concern all citizens.”

“While I am a federal prosecutor, I am writing to express my own views, clearly not those of the department, on a matter that should concern all citizens: the unprecedented politicization of the office of the attorney general,” Herbert wrote. “The attorney general acts as though his job is to serve only the political interests of Donald J. Trump. This is a dangerous abuse of power.”

Herbert said that he was “compelled to speak out” about Barr after hearing the attorney general’s controversial comments at Hillsdale College earlier this month. In his prepared speech, Barr admonished career federal prosecutors, accusing them of opening politically-motivated investigations and comparing them to preschoolers. He also espoused an extraordinarily broad view of his own authority in an apparent effort to justify controversial (and seemingly political) decisions to overrule career prosecutors in high-profile criminal cases involving Trump’s former National Security Advisor Michael Flynn and the president’s longtime confidant Roger Stone.

“From his misleading summary of the Mueller Report, to his selective intervention in cases against political allies of the president, to his accusation that victims such as George Floyd are being used as mere ‘props’ by those calling for racial justice, to his baseless claims about mail-in ballots, William Barr has done the president’s bidding at every turn,” Herbert wrote.

As previously reported by Law&Crime, Barr has continued to push false conspiracy theories about the security of mail-in voting systems which have been consistently debunked by election experts as well as the DOJ.

Herbert concluded his letter by saying Barr’s conduct had brought shame to the department.

“For 30 years I have been proud to say I work for the Department of Justice, but the current attorney general has brought shame on the department he purports to lead,” he wrote.

The authenticity of Herbert’s letter was confirmed Friday by ABC News.

NEW: Sources familiar confirm to @ABC the authenticity of this letter from current AUSA James Herbert publicly speaking out against AG Barr. "The current attorney general has brought shame on the department he purports to lead." w/ @AaronKatersky pic.twitter.com/4jzDtk7Q0r