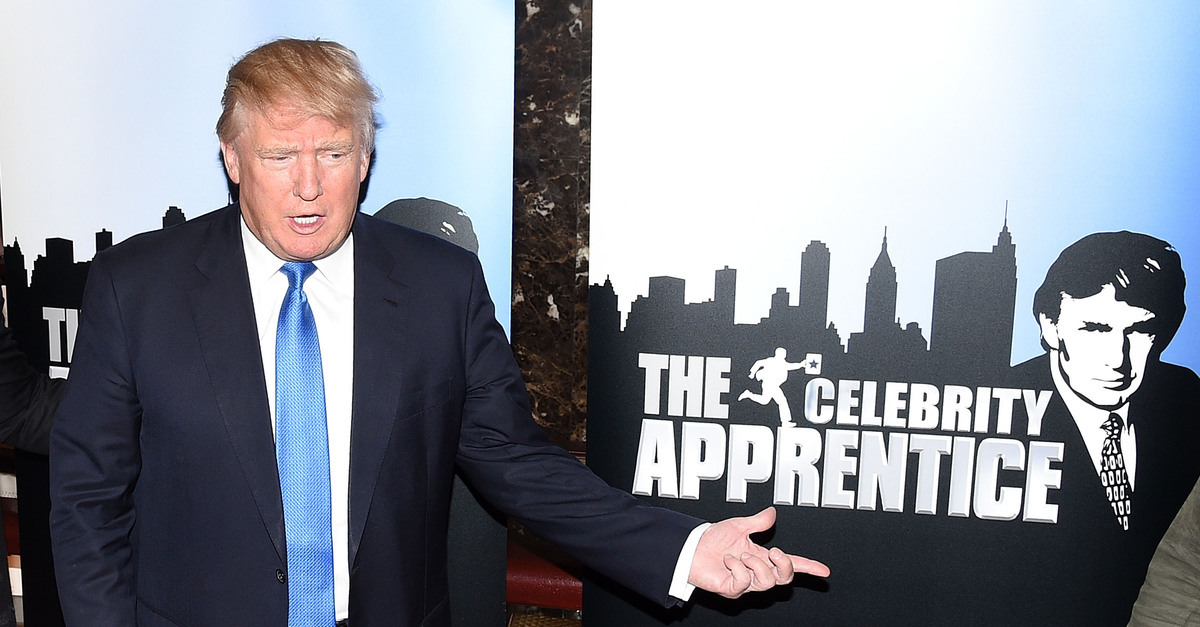 A federal court in Manhattan demanded that Metro-Goldwyn-Mayer Studios Inc. (MGM) release unaired footage from The Celebrity Apprentice, which features President Donald Trump when he was still a game show host on NBC.

During a teleconference in the Southern District of New York (SDNY) on Thursday, U.S. District Judge Lorna G. Schofield determined that cutting room floor scenes from two separate episodes of the submission-themed show were relevant to an ongoing class action lawsuit against the Trump family and the Trump Organization.

“I find that they are highly relevant,” Schofield said of the unaired jetsam, directing attorneys for the plaintiffs in that class action to huddle with MGM’s legal department in order to set up an efficient and mutually acceptable way for the footage to be reviewed.

“It seems appropriate the tapes be made available,” the judge added.

Those plaintiffs, represented by a Jane Doe on behalf of a potential class, claim the 45th president and three of his adult children–Donald Trump Jr., Eric Trump, and Ivanka Trump–were emissaries for a faulty pyramid scheme who made false promises about the potential business income to be derived, leaving them high and dry. All the while, and concealed from those who bought into the scheme, the Trumps were actually being paid to promote the failed venture.

Some of those representations were apparently made during episodes of The Celebrity Apprentice and aired footage from the program is already evidence submitted as part of the long-running legal battle over the multi-tiered marketing company known as ACN Opportunity, LLC.

The plaintiff’s attorney argued that releasing the secret tapes “would shed light on the degree of control [the Trump family] exercised over ACN’s presentation on the show” and would also explain “the extent of defendants’ diligence into ACN [and] the falsity of defendants’ representations,” according to Law360.

MGM’s attorney responded by grousing about the expected cost, saying: “[the] odds that somewhere in this very large haystack there is a needle of evidence that would be somehow helpful to plaintiffs is infinitesimal and wholly speculative.”

Buoying the court’s decision in favor of the plaintiffs was a representation from their legal team that they would bear the costs of searching through MGM’s archives for the unseen footage. Schofield said any apparent burdens are “surmountable.”

Law&Crime previously reported on a separate ruling in the case. On Thursday, Schofield ruled directly against Trump family and Trump Organization requests to have the deceptive trade practices claims against them decided via secret arbitration.

“With last night’s opinion and today’s rulings, the Court has cleared away a number of remaining obstacles created by the defendants and third parties to proper discovery in this case,” she told The Hollywood Reporter. “We look forward to continuing to gather the evidence to deliver justice for our brave clients, and thousands of others like them who were defrauded by the Trumps.”

Notably, these are probably not the same tapes that Hashtag Resistance types have been itching to get their hands on for several years. Those tapes are rumored to contain footage of President Trump making racist comments.