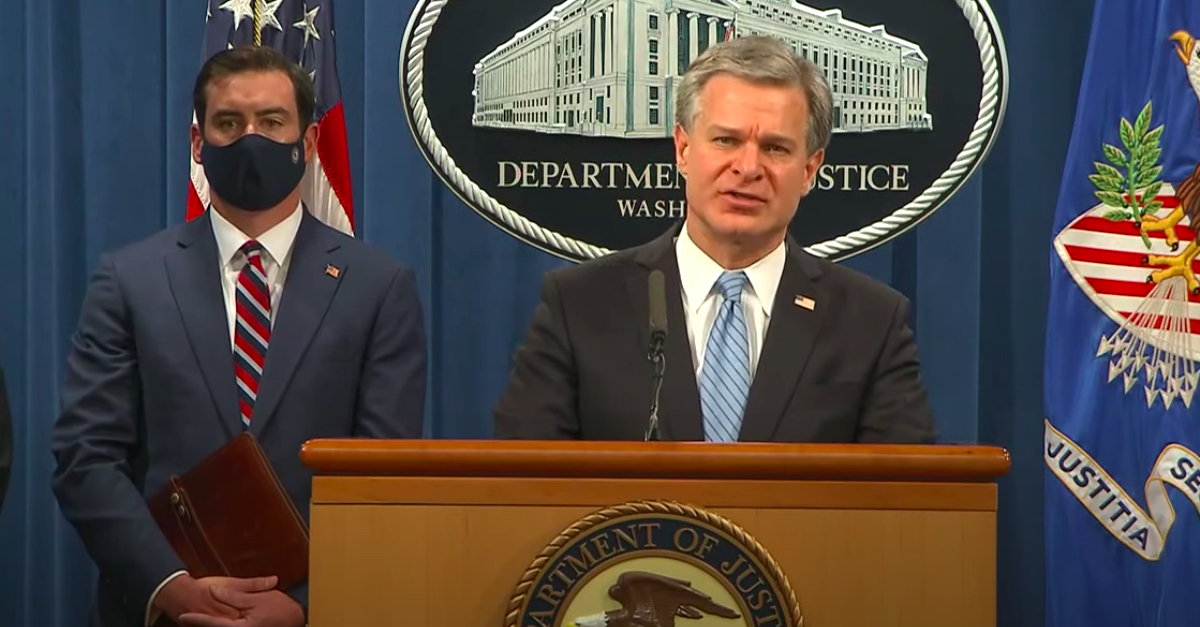 The FBI used photographs of lower-level female employees to pose as bait for potential sex traffickers without proper consent, the Department of Justice (DOJ) Office of Inspector General (OIG) said in a recent report.

None of the women whose photographs were used in these operations were certified undercover employees (UCE) or certified online covert employees (OCE), DOJ IG Michael Horowitz said in the July 30 release titled “Notification of Concerns regarding Use of Photographs of FBI Employees for Online Undercover Operations.”

The investigation came about after one particular FBI special agent was accused of having “engaged in an inappropriate relationship with an FBI support staff employee” who was asked to “provide him with provocative pictures of herself for online [undercover] operations,” according to the report.

That special agent, it turns out, wasn’t alone when it came to the use of pictures of female support staff.

“During the course of our investigation, the OIG learned that [special agents] sometimes used photographs of young female support staff employees to pose as minor children or sex workers to entice sexual predators on various social media websites,” the report explains. “These employees were not certified UCEs or certified OCEs.”

“The OIG believes that this conduct poses potential adverse consequences for non-UCE/OCE employees participating in UC operations, including potentially placing them in danger of becoming the victims of criminal offenses,” Horowitz goes on.

There are also indications that the special agent first targeted by the internal government watchdog made efforts to conceal his tracks.

From the report at length [emphasis added]:

The SA said he was “fishing” on social media sites but not recording which sites he used. The SA did not inform the support staff employees’ supervisors that the employees were involved in UC operations, and the SA advised the support staff employees who provided photographs to not tell anyone, including their supervisors, about the UC operations. Both the SA and the SA’s supervisor told the OIG that they could not produce any documentation regarding how the photographs were obtained or used. Additionally, the FBI had no documentation or information regarding whether the photographs still appear on the websites or how long the photographs appeared on the websites, during which time the photographs could have been—and potentially could still be— downloaded, copied, or further disseminated.

“It was almost defensible until ‘don’t tell anyone,'” attorney and National Security Counselors Executive Director Kel McClanahan said on Twitter.

The DOJ OIG does not note the precise number of FBI special agents who engaged in this behavior nor does the report note when these investigations using such the photographs in question occurred.

The issue of consent in the DOJ OIG’s investigation is somewhat thorny here because the report also determined that “the FBI did not have a policy concerning the use of photographs of non-UCE/OCEs for [undercover] operations” while also noting that DOJ guidelines and internal FBI policy generally prohibit the use of support staff in such roles “unless it is absolutely necessary” and that “[a]bsent extremely exigent circumstances the consent to use an online identity must be obtained in written form.”

While Horowitz faults the initial subject of the investigation because he did not “obtain written consent from the employees,” the report also notes that neither the DOJ nor the FBI “specifically address using photographs of nonUCE/OCEs for UC operations.”

The relatively brief report ends with a series of recommendations that the FBI should put in place “a policy concerning the use of photographs of FBI employees who are not certified undercover employees or certified online covert employees for online undercover operations” and that if and when such a policy is enacted, it should have strict oversight and guidelines “necessary to ensure photographs of FBI employees for online undercover operations are used safely and appropriately.”