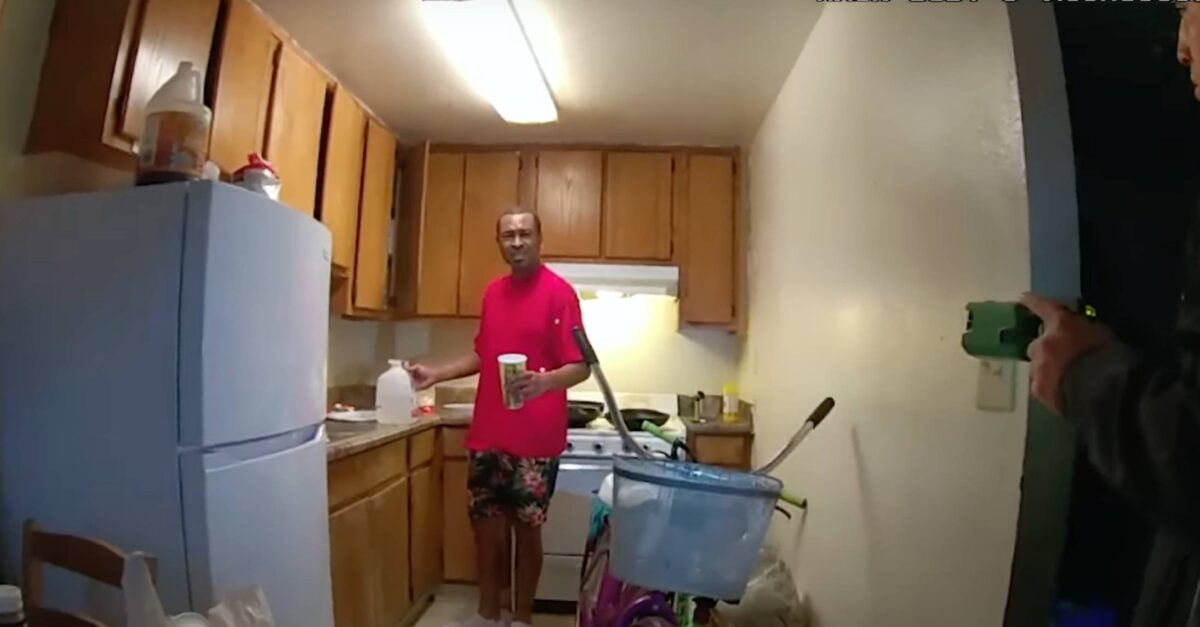 Takar Smith was fatally shot by LAPD officers on Jan. 2 in the Rampart area, near downtown LA.

“We want accountability and we want justice and when we say we want justice we want specific and concrete justice,” said Cliff Smith, of the Coalition for Community Control Over the Police. “We want criminal prosecution of these officers by the District Attorney George Gascon.”

“When I walked into the police station I was seeking help that’s why I didn’t make the 9-1-1 call because I didn’t want to make it seem like it was something bad because it was nothing bad,” she said. “I wanted the police to help me. They really failed me. I never knew by going to the police that they would not help me and they just let me down.”

Takar Smith’s death was one of three that involved fatal uses of force by LAPD officers in the first three days of the new year, including Keenan Anderson, who was a cousin of a Black Lives Matter co-founder.

“This brutality by the Los Angeles police is part of a pattern and practice of abuse of brutality of violence and of terrorism in these communities,” Cliff Smith said.

Moore announced in a news conference Thursday that he had concerns about Smith’s case, a second fatal shooting by officers and a third use of force involving a man who died at a hospital after being Tasered six times during a scuffle with officers following a traffic collision.

He said Smith was shot after officers responded to a restraining order violation in the Rampart area near downtown LA.

Moore said that when officers arrived, Smith opened the door but refused to come out of the apartment and tried to shut the door on the officers. Moore said that Smith became increasingly agitated, uncooperative, and aggressive. At one point, Moore said, he armed himself with a chair.

“During this time officers attempted to de-escalate by repeatedly engaging in a dialogue with Mr. Smith,” Moore said. “Mr. Smith ultimately re-entered the kitchen area and armed himself with a large butcher-style knife.”

Moore said officers used a Taser and pepper spray and that Smith momentarily dropped a knife and fell to the kitchen floor. But police shot him when he rose to his knees and raised a knife above his head, Moore said.

“In my preliminary review of this incident I have concerns relative to the initial actions when the victim first attempted assistance at the Rampart station,” Moore said. “Reports are that the victim went to the Rampart Station in order to gain police assistance in regards to Mr. Smith residing in her apartment and him being a subject of a restraining order.

“Our information led us to this point to believe that she was then referred to call Communications Division and wait for officers at the scene of that apartment,” the police chief added.

Moore said he was also concerned about how his department handled the report of prior mental health issues.

“At no point during this call was our mental evaluation unit called for assistance or support or one of our system-wide mental assessment teams also known as SMART call to the scene to assist in this investigation,” he said.

He said that during the ordeal, officers can be seen in body-worn video trying to verbally de-escalate the encounter.

“However, I also have concerns regarding the final moments leading up to the shooting and we’ll be looking closely at this investigation,” he said. “I cannot and will not pass final judgment on whether officers followed our policies procedures and training until all the facts are in.”