‘He Was Happy for Me’: Oklahoma Man Allegedly Made Bizarre Statements After Beating Dad to Death with Concrete Block 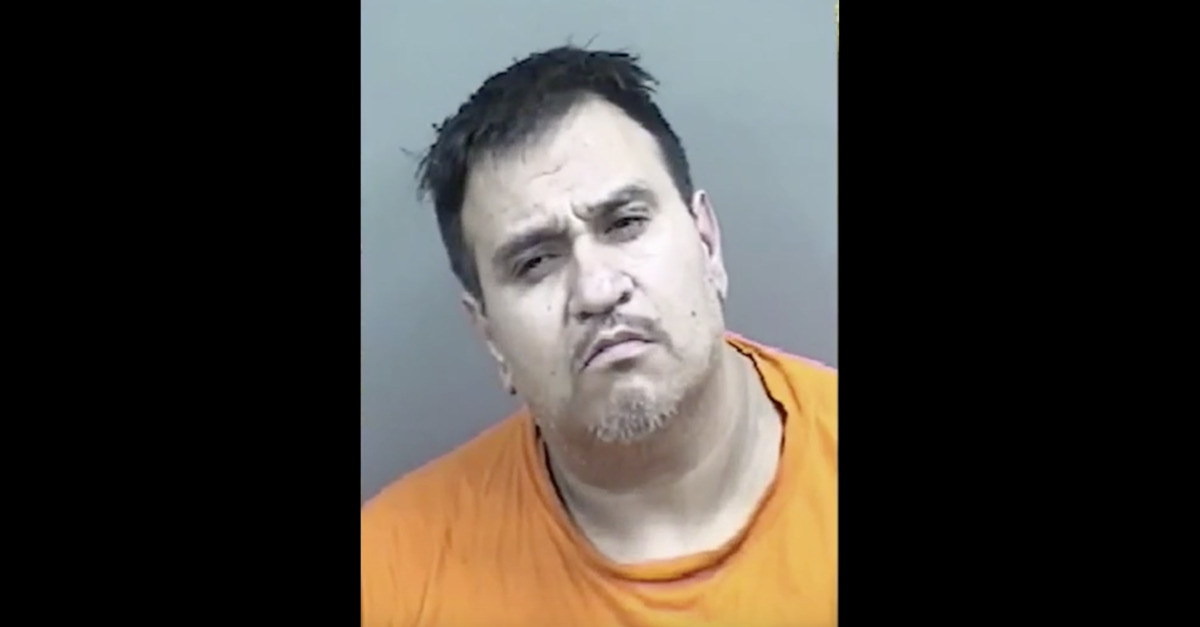 An Oklahoma man has been charged in connection with the brutal death of his father that occurred late last month.

Phillip Ray, 43, stands accused of one count of murder in the second degree over the Oct. 19 killing of 76-year-old Charles Ray, according to police sources cited by Oklahoma City-based CBS affiliate KWTV.

Officers arrived on the evening in question just after 10:15 p.m. after Ray’s wife called 911 and said she found her husband in the backyard unresponsive and covered in blood. Police allegedly found the deceased man lying next to the murder weapon: a concrete block. He was repeatedly beaten in the head, authorities say. The defendant, the victim’s son, was arrested on the spot and eventually charged after a multi-agency investigation.

According to The Express-Star, the victim’s body had “obvious signs of homicide,” citing the Chickasha Police Department.

Police say it was apparent that the younger Ray had just washed blood off of himself but that the blood was still visible on his clothing when he approached officers inside the home.

The son allegedly told responding officers that his father “stared at the moon and did not suffer” as he was leaving the home in handcuffs.

Court records cited by the outlet suggest that the defendant has a history of mental illness and substance abuse–though details about those alleged ailments were not provided.

As he walked away, Ray allegedly mumbled before making himself audible again to police and saying that his father “wasn’t scared, he accepted what he had did” and that “he was happy for me.”

“Me and the roommate come outside, and we saw a bunch of craziness going around,” neighbor Dylan Summers told KWTV just after the slaying last month. “Then they started flagging everything off then the city put up barricades.”

“This is a quiet neighborhood, really wasn’t expecting something like this to happen,” Summers added. “I didn’t really know the son to0 much too well, but I was neighbors with him for three years.”

The neighbor went on to say that the victim was friendly and that the two often talked whenever the elder Ray was out mowing the lawn.

“He was a really great person,” Summers said. “They were really sweet when I met them, when I lived over there at the house.”

“Really it is a tragic, tragic loss,” Summers continued. “Being this close to home you want to know why and how come something this tragic happened to somebody–to such sweet people. It really is a tragic loss. I really do hope for peace for the family and for the wife.”

if convicted as charged, Ray is likely to spend a minimum of 10 years in state prison with a maximum sentence of 45 years. Second-degree murder convictions in the Sooner State are eligible for parole after 85 percent of a given sentence has been served.

The defendant is currently slated for a Nov. 15 court appearance.