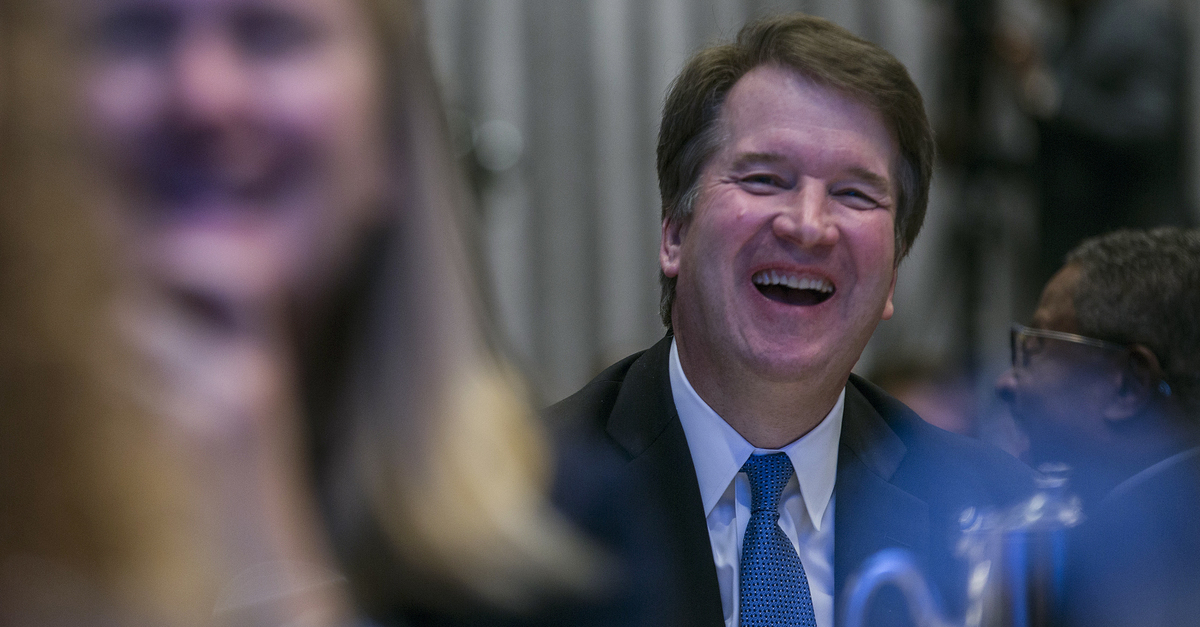 The Department of Justice (DOJ) on Friday filed a motion for summary judgment in response to a Freedom of Information Act (FOIA) lawsuit aimed at the Federal Bureau of Investigation’s (FBI) controversial supplemental background check on Supreme Court Justice Brett Kavanaugh.

Now, that’s a mouthful of alphabet soup. So, here’s a bit a backstory.

In October 2018, BuzzFeed News reporter and FOIA expert Jason Leopold filed FOIA requests for the following FBI documents: (1) “A copy of the final report sent to the White House and the Senate Judiciary Committee on either October 3 or October 4, 2018 on Supreme Court nominee Brett Kavanaugh”; and (2) “All interview notes; investigative notes; FD-302s relating or referring to the FBI investigation into allegations leveled against Mr. Kavanaugh.”

At first, it seemed as if the FBI was keen to wash their hands of the Kavanaugh imbroglio–the agency uncharacteristically acknowledged the request and assigned it for expedited processing on the same day the Kavanaugh document request was filed. Then came the stonewall.

A month passed and the FBI produced zero responsive documents.

According to the FOIA lawsuit filed by Leopold and BuzzFeed in November 2018: “In addition to granting expedited processing, that same day [the FBI] also informed [Leopold and Buzzfeed] unusual circumstances applied to the processing of the [Kavanaugh] Request.”

Nearly one year of legal wrangling followed. On Friday, the FBI moved to have the case dismissed by arguing that they’ve already released enough information and that what they haven’t yet released is covered by one of the several statutory exceptions to FOIA.

“The FBI also withheld 527 pages in full, pursuant to the FOIA exemptions [allowed by law] or because the pages were duplicates of other records processed in this case,” the motion continues.

So, what’s in that unreleased pile of FBI documents? The public may never know for sure. But the filing does give an explanation as to why many of those materials were not disclosed:

Here, both in the supplemental background investigation file and the tip records, the character of the information the FBI protected—which is highly personal and could subject Judge Kavanaugh and others to harassment or embarrassment in their private lives—is unquestionably private. Indeed, the FBI concluded that disclosure of this information “could reasonably be expected to subject Judge Kavanaugh to further derogatory inferences and criticism,” and “cause undue attention and embarrassment to his family.”

Here, the supplemental background investigation was specifically created in response to allegations about alcohol consumption and sexual behavior. Moreover, much of the information requested by Plaintiffs—both in the supplemental background investigation file and the tip records—relates to Judge Kavanaugh’s alleged conduct as a teenager and young adult—decades before his distinguished career in public service began—and does not concern the performance of his public duties. Thus, “whatever sacrifices to his privacy [Judge Kavanaugh] has made by taking public office do not, under these circumstances, extend to information that the FBI might have compiled” regarding his youth.

The DOJ’s motion also contains a 54-page memo with significant details about the FBI’s confessedly “limited inquiry” into allegations of sexual assault against Kavanaugh, alleged binge drinking and his other activities as a high school and college student. The memo helpfully notes:

[T]his case is about the follow-up inquiry that the FBI performed—at the request of the White House Counsel’s Office on behalf of the President—after allegations of misconduct against Judge Kavanaugh emerged on or around September, 2018. Specifically, an authorized official within the White House Counsel’s Office sent a series of e-mails to the FBI on behalf of the President requesting that the FBI conduct limited inquiries, including interviews with specified individuals to ask questions regarding particular topics and allegations detailed in various materials the White House sent to the FBI.

And why were many of those documents withheld? Because President Donald Trump made the decision to ask the White House Counsel’s Office to ask the FBI to initiate the supplementary background investigation into then-nominee Kavanaugh.

“In short, the file was requested on behalf of, and provided to, the President to assist him in a fundamental constitutional matter of presidential decision-making: whether to continue with the nomination of Judge Kavanaugh to the Supreme Court,” the filing argues. “Moreover, disclosure would inhibit the President’s ability to engage in effective communications and decision-making because it would interfere with his ability to seek and obtain candid information regarding judicial nominations, which is precisely the harms that the presidential communications privilege is intended to prevent.”