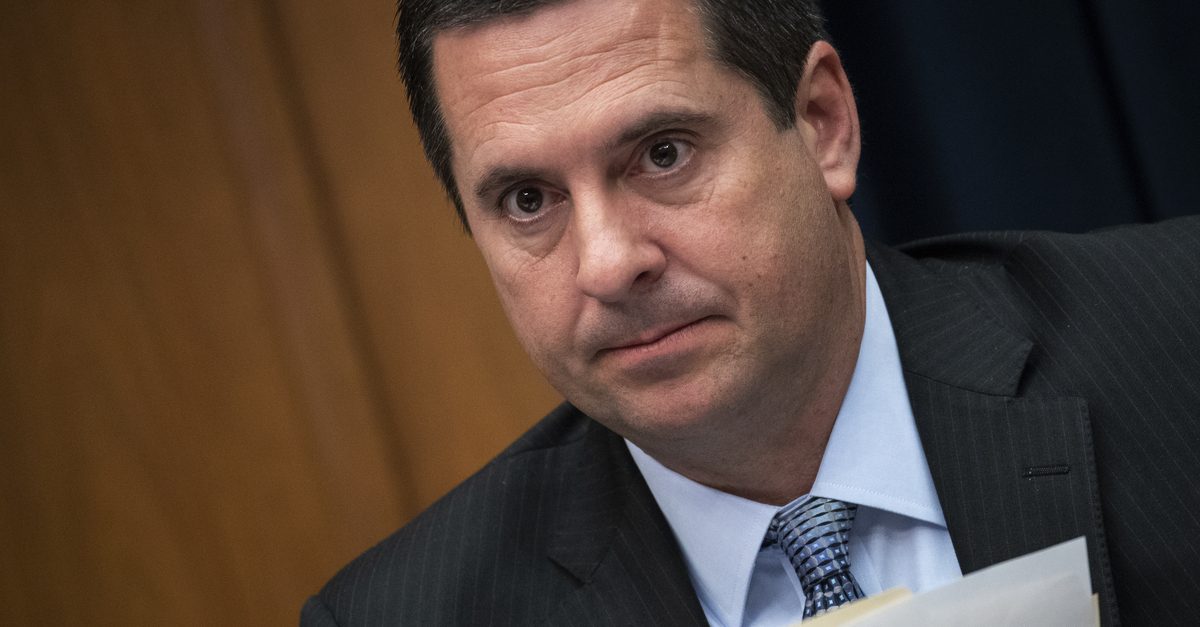 California Republican Congressman Devin Nunes‘s campaign filed a lawsuit Thursday alleging that a group of people who posted on social media that Nunes was a “fake farmer” had unlawfully conspired with dark money groups to damage his campaign. According to the lawsuit, the defendants’ “fake farmer” campaign also made record requests targeting Nunes’ wife Elizabeth Nunes, a public school teacher, which were expensive to produce and resulted in the harassment of innocent teachers and school administrators, as reported by The Fresno Bee. Nunes’ campaign further alleges that the named defendants coordinated with several other political groups, including McClatchy, the Fresno Bee’s parent company, in efforts against the congressman.

Buxman, Nisly, and O’Connell were all plaintiffs in a legal action against Nunes last year in which they claimed Nunes should be precluded from calling himself a “farmer” because he hadn’t received any income from farming in at least 10 years. However, a Sacramento Superior Court Judge ruled that Nunes could not be prevented from saying he was a farmer.

Nunes is no stranger to filing lawsuits against those opposing him on social media. As previously reported by Law&Crime, Nunes filed a lawsuit in March against Twitter, Liz Mair, Mair Strategies, LLC, and Twitter accounts @DevinNunesMom and @DevinCow (Devin Nunes’ Cow), accusing the defendants of facilitating conservative “shadow banning,” among other things.

Despite the increased attention he has driven to the social media users he targets in his lawsuits, Nunes recently told a local television station that he has no plans to change his litigious strategy. In an interview last weekend with CBS affiliate KSEE, Nunes said he expected another three to five lawsuits against those he claimed defamed and slandered his name.

“We have probably another three to five lawsuits that we’ll be filing and it’s all about, as you know, I’ve been maliciously attacked by the media. They’ve tied me to things that are just simply straight up defamation and slander,” he said. “If you go and Google right now, you do a Google search, virtually every story is either not true or it’s based off of a previous story that wasn’t true and so the only way I can clear my name up is through the courts.”

Nunes said he hopes the lawsuit, which are aimed primarily at individual people, he hopes to eventually hold mainstream media outlets accountable for what they say about elected officials.

“Every man and woman has a right to his or her name and just because I am an elected official that doesn’t mean that any mainstream media outlet can say whatever they want about me,” he said. “So, we’re going to hold them accountable and hopefully it will change the way — we’re going through a period of time in this country right now where every day political people are being slandered, almost by the second if you mention Twitter. And the only way we’re going to get that, to rein all that in is if public officials are able to sue for slander and defamation. I think it was a mistake that happened 50 years ago.”  The latter comment is an apparent reference to the March 9, 1964 decision of New York Times v. Sullivan, which required public figures to prove “actual malice” in order to recover a defamation reward.  “Actual malice” is a legal standard which measures an author or speaker’s attitude toward the truth, not whether the author or speaker hates person about whom he or she is speaking.