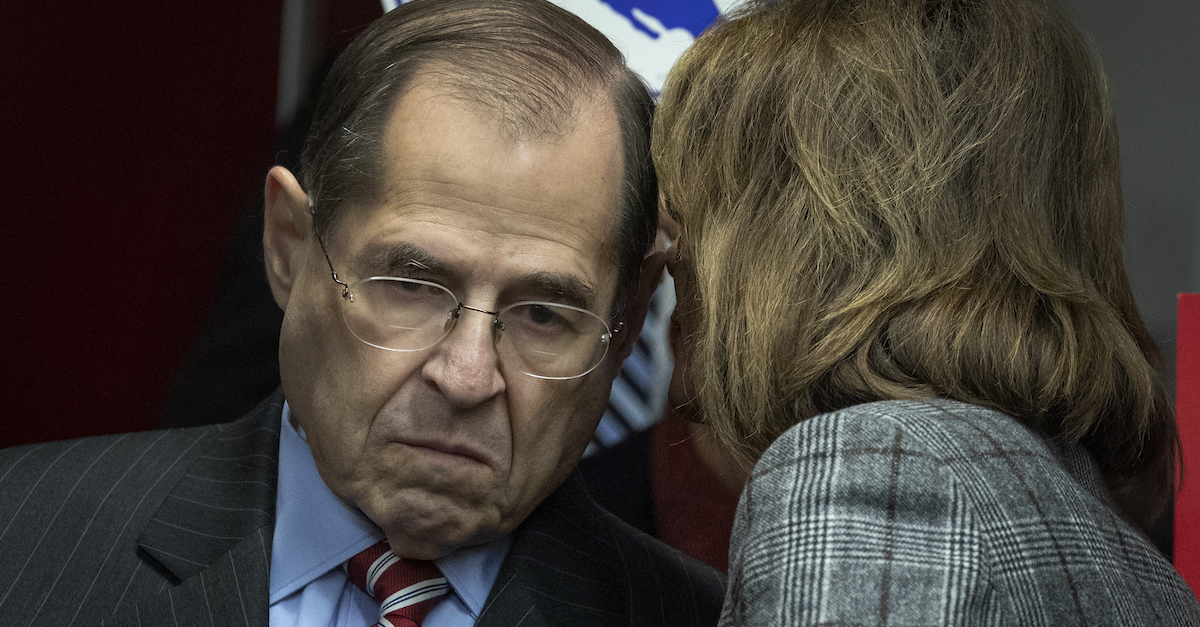 House Democrats’ impeachment inquiry slow-walk may pick up steam “before mid-October,” if Democratic representatives’ latest prognostications prove to be accurate. A Tuesday story in Politico quoted a couple of lawmakers who suggested that the drafting of articles of impeachment will occur sooner rather than later.

In the case of Rep. John Yarmuth (D-Ky.), he’s willing to bet that “actual articles of impeachment” will be drafted by the House Judiciary Committee in around a month’s time.

“I would bet that before mid-October, there will be actual articles of impeachment drafted by the committee. I don’t think there’s much doubt about that,” Yarmuth told Politico. “I think Jerry’s committed to doing that, and I think, a significant majority of the committee is there.”

House Democrats in July, you may recall, asked the U.S. District Court for the District of Columbia unseal grand jury information related to “all portions of Special Counsel Robert S. Mueller III’s Report on the Investigation Into Russian Interference In The 2016 Presidential Election (the Mueller Report) that were redacted pursuant to Federal Rule of Criminal Procedure 6(e).” The filing made clear that Rep. Nadler et al. were investigating whether to recommend articles of impeachment.

“This Court is authorized to disclose these materials pursuant to Rule 6(e)(3)(E) because the Committee seeks to use them ‘preliminarily to or in connection with a judicial proceeding,” it said. “The D.C. Circuit has construed that provision to apply where, as here, this Committee is conducting an investigation to determine whether to recommend articles of impeachment.”

Yarmuth suggested that not a lot has changed since July in terms of leading Democrats being as clear to the public as possible about what’s happening.

“I don’t think the public is really … clear about what’s going on,” Yarmuth said. “Whether that’s an intentional strategy or not, I don’t know. But I think that’s clearly the case.” Nadler, for his part, did say in August that House Democrats are conducting “formal impeachment proceedings” against President Donald Trump.