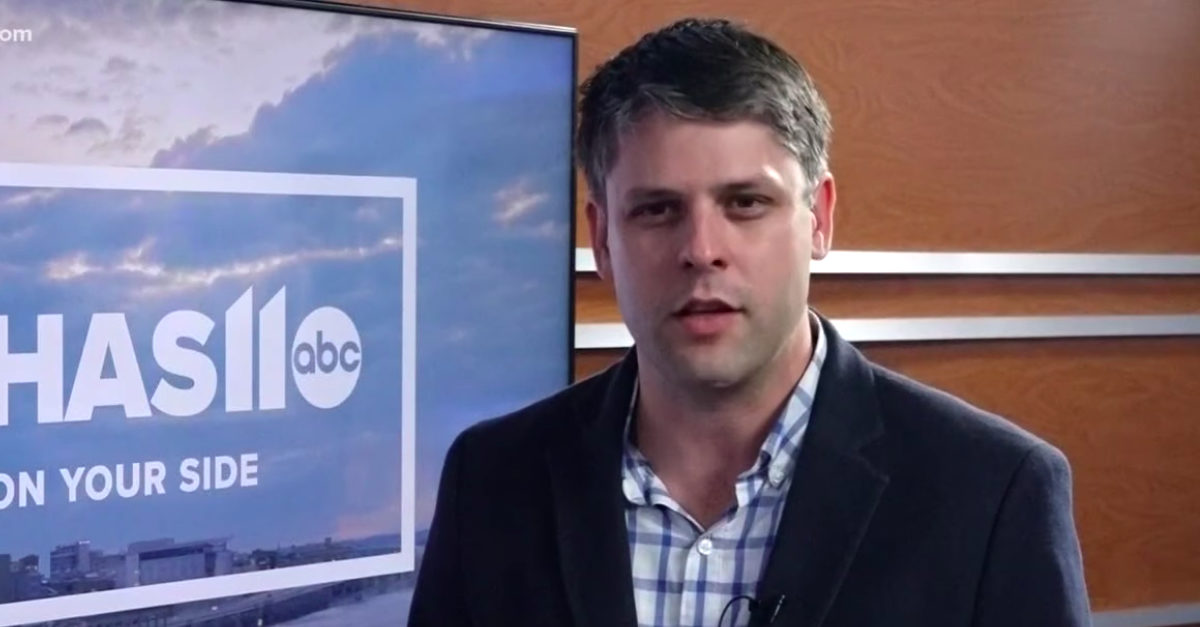 In response to Fischer’s directive, the On Fire Christian Church of Louisville, which had been holding drive-in services for several weeks, filed a lawsuit against the mayor and the city of Louisville. The lawsuit claimed that the mayor’s suggestion unconstitutionally prevented congregants from the free exercise of religion.

U.S. District Judge Justin Walker of the Western District of Kentucky on Saturday issued a scathing opinion, in which he accused Fischer of attempting to criminalize the Christian holiday. Walker suggested that Fischer had committed an act of Orwellian proportions.

“On Holy Thursday, an American mayor criminalized the communal celebration of Easter,” Walker wrote in the opening lines of his opinion, before comparing the mayor’s words to those that would appear in The Onion. “That sentence is one that this Court never expected to see outside the pages of a dystopian novel, or perhaps the pages of The Onion. But two days ago, citing the need for social distancing during the current pandemic, Louisville’s Mayor Greg Fischer ordered Christians not to attend Sunday services, even if they remained in their cars to worship – and even though it’s Easter. The Mayor’s decision is stunning.”

A former clerk to Donald Trump-appointed Supreme Court Justice Brett Kavanaugh during Kavanaugh’s time as a D.C. circuit judge, the extremely conservative Walker has quickly become one of the president’s favorite jurists.

The president initially appointed Walker to the federal bench in June of 2019, where he served less than a year before Trump announced his intent to nominate Walker to serve as Circuit Judge on the United States Court of Appeals for the District of Columbia Circuit, the second-highest ranking court in the nation.

Prior to his confirmation to the district court, Walker was given a “not qualified” rating from the American Bar Association. The ABA said that Walker was too inexperienced to serve on the federal bench.

“You may not agree with my reasons, but my role as a judge is to explain, to teach, and perhaps, at least on occasion, to persuade,” Walker wrote on Saturday.

The judge concluded with an Easter meditation of sorts, capped off by a reference (see the footnote at the end) to A Man for All Seasons, a play that dramatizes the events leading up to Sir (St.) Thomas More’s execution:

The Christians of On Fire, however, owe no one an explanation for why they will gather together this Easter Sunday to celebrate what they believe to be a miracle and a mystery. True, they can attempt to explain it. True, they can try to teach. But to the nonbeliever, the Passion of Jesus – the betrayals, the torture, the state-sponsored murder of God’s only Son, and the empty tomb on the third day – makes no sense at all. And even to the believer, or at least to some of them, it can be incomprehensible as well.

But for the men and women of On Fire, Christ’s sacrifice isn’t about the logic of this world. Nor is their Easter Sunday celebration. The reason they will be there for each other and their Lord is the reason they believe He was and is there for us. For them, for all believers, “it isn’t a matter of reason; finally, it’s a matter of love.”

More’s execution famously happened after he refused to take the Oath of Supremacy, which would have recognized King Henry VIII as the head of the Church in England. It’s not hard to see why an opinion defending religious liberty would have referenced this.

See below for the full opinion: