Court Says Woman in Same Sex Relationship Must Give Up Alimony 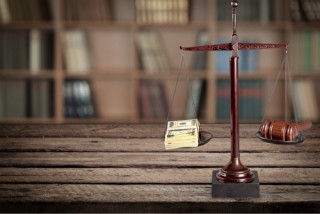 When Michael Luttrell and Samantha Cucco married in 1992, they signed an agreement that if they divorced, Luttrell would provide support payments to Cucco until one of them died, or Cucco remarried or cohabited with someone else. Cucco, now in a relationship with another woman she is living with, says that doesn’t count as “cohabiting,” and the debate over how that word relates to same-sex couples went to the highest court in Virginia.

and Virginia case law defines “cohabiting” as living ” in the same house as married persons live together, or in the manner of husband and wife,” and also as “a man and woman liv[ing] continuously, or with some permanency, mutually assuming duties and obligations” similar to marriage. Because the cases using those definitions referred to male-female relationships, the lower courts ruled that they didn’t apply to Cucco’s situation and held that Luttrell had to continue making support payments.

The Virginia Court of Appeals felt differently, saying that the statute was intentionally gender-neutral, because an early draft of the law specified cohabitation between a man and a woman, and that language had been removed. The court also said that applying different standards to same-sex and opposite-sex relationships could not have been the law’s intention.

The ACLU of Virginia represented Mr. Luttrell in the case. In a statement, Gail Deady, a legal fellow at the ACLU, said, “The court made the correct ruling in this case, which is to recognize that all laws regarding marriage must be applied equally regardless of the gender of the individuals involved.”