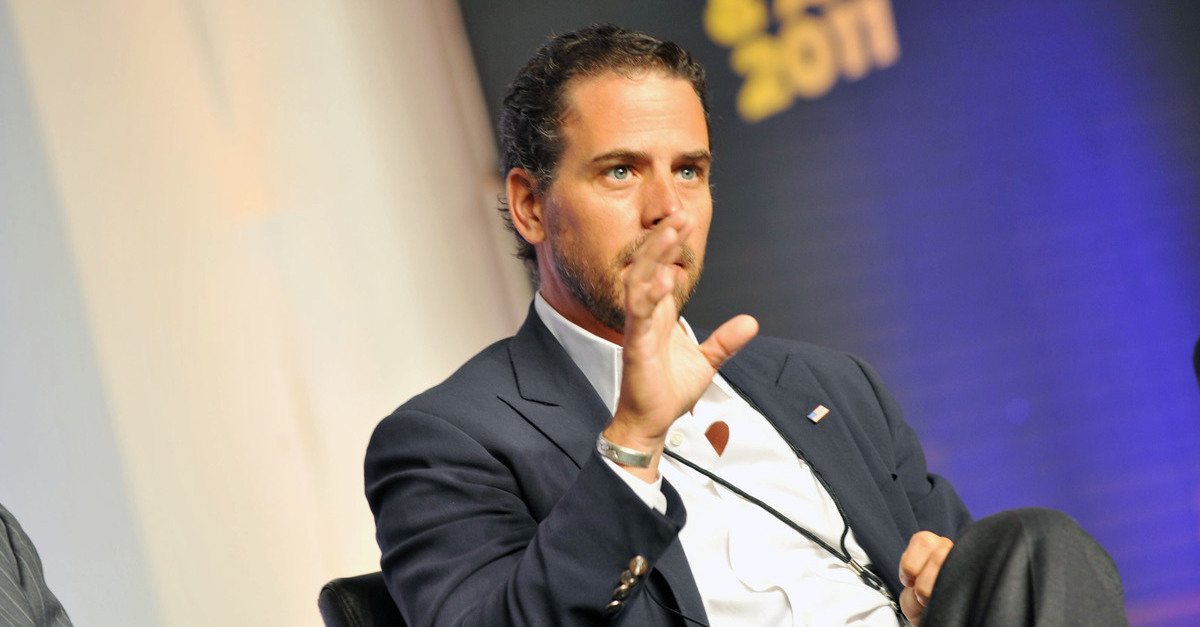 A Wednesday court filing alleges that Hunter Biden, the son of would-be Democratic Party 2020 standard-bearer Joe Biden, is the father of a child in Arkansas. And the mother wants child support–a monetary obligation which Biden apparently refuses to pay.

That filing cites the results of a DNA test which claims to have established, “with scientific certainty,” that the younger Biden is, in fact, the sire of the baby born to Lunden Alexis Roberts.

According to the Arkansas Democrat-Gazette, the shocking motion was submitted with Independence County court officials on Wednesday morning.

The filing claims Biden “is not expected to challenge the results of the DNA test or the testing process.”

Not a headline you see everyday. A DNA test revealed Hunter Biden fathered a baby with another woman while he was dating his brother's widow. https://t.co/NIUA9nghnU

Law&Crime obtained a copy of the motion to seal with incorporated brief. That filing contains several interesting claims:

That it is anticipated that this Court will enter an order of paternity finding the defendant to be the natural and legal father of the child who has, to date, only been identified in pleadings to the Court as Baby Doe.

That a paternity order will identify Baby Doe by the child’s full name and date of birth.

That Baby Doe’s paternal grandfather, Joe Biden, is seeking the nomination of the Democratic Party for President of the United States of America (he has already filed for the March 2020 Arkansas primary). He is considered by some to be the person most likely to win his party’s nomination and challenge President Trump on the ballot in 2020.

“[M]embers of the Biden family either are protected or eligible to be protected by the United States Secret Service as a direct result of Joe Biden’s political status,” the court document continues. “…Baby Doe’s paternity could put the child and those close to the child at risk of harm for the same reasons the Biden family is protected by the United States Secret Service.”

The paternity case against the former vice president’s son has been pending in Arkansas since being filed in May of this year.

In an email, Roberts’s attorney Clinton W. Lancaster directed Law&Crime to the following statement he gave to conservative publication The Western Journal:

There is a Biden in Arkansas. Ms. Roberts wants Mr. Biden to support his child. … We want people to do the right thing.

Lancaster also told the right-wing outlet that he was present during almost the entirety of the DNA testing procedure.

A separate filing by Roberts alleges that she’s incurred attorney’s fees and costs in excess of $11,000 due to Biden’s “refusal to continue to support his child and the course of the litigation in [the paternity] case.”

Lancaster said that a hearing to establish temporary child support obligations will occur this December.

Law&Crime reached out to Biden’s attorney, former Arkansas Attorney General Dustin McDaniel, for comment on this story, but no response was forthcoming at the time of publication. Read the full filings below.

Many immediately noted that the filing dropped on one of the more damaging days of impeachment inquiry testimony for President Donald Trump. U.S. Ambassador Gordon Sondland confirmed there was a quid pro quo that involved Ukrainian President Volodymyr Zelensky publicly announcing an investigation into Burisma, a Ukrainian gas company on which Hunter Biden was a board member. A memo of the July 25 call that sparked a whistleblower complaint and the impeachment inquiry shows that Trump discussed his desire for investigations into his political opponent Joe Biden and Hunter Biden.

Joe Biden also just so happens to be participating in a Democratic debate on Wednesday.