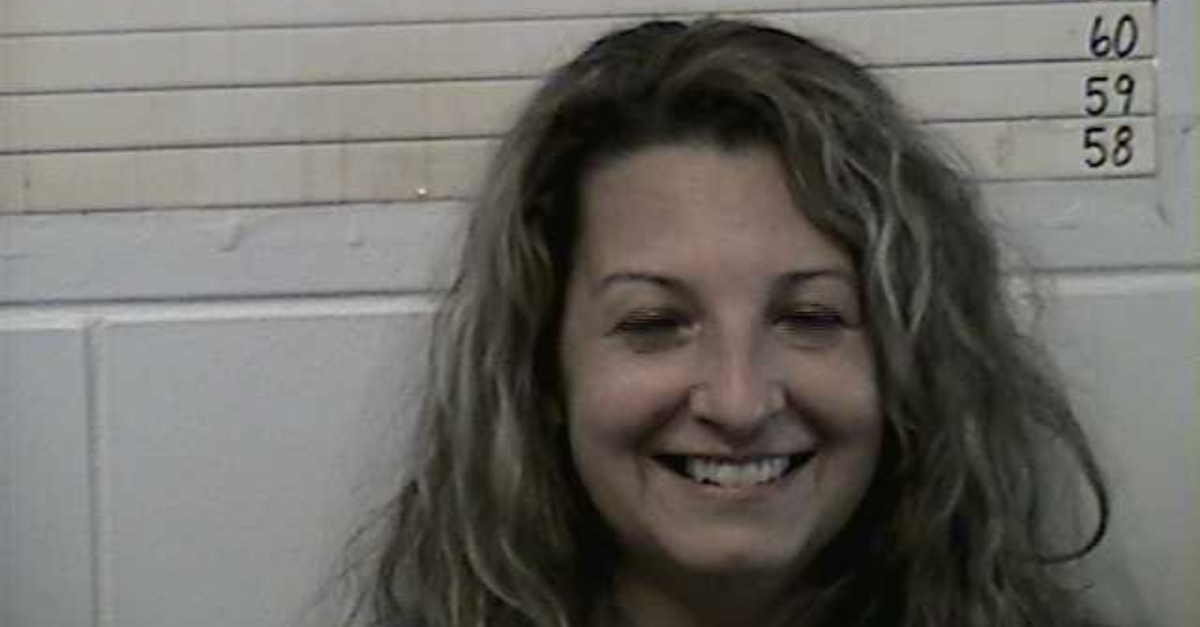 Meet Shanda Johnson-Williams, 48. This is the mugshot Oklahoma authorities released after she was arrested for allegedly murdering her husband Jamie Williams, also 48.

The defendant was booked into the Choctaw County Jail on Tuesday, records show. There’s no bond listed. Bond will be set after the defendant is arraigned, according to the Oklahoma State Bureau of Investigation.

Authorities said Johnson-Williams was arrested as part of their joint investigation with the Choctaw County Sheriff’s office.

Jamie Williams was found unresponsive at his home in Ft. Towson on Sunday, authorities said. He was dead when paramedics arrived, according to the official statement. Investigators said they considered this a suspicious death. What do they mean by suspicious? A medical examiner eventually determined Williams died from a stab wound.

Officials say they arrested Shanda Johnson-Williams at a Ft. Towson residence. She was charged with first-degree murder.

The alleged motive behind this incident and the alleged circumstances leading up to it remain unclear.

There’s no attorney of record for the defendant as Wednesday. A Choctaw County clerk told Law&Crime they don’t have previous criminal records for Johnson-Williams.