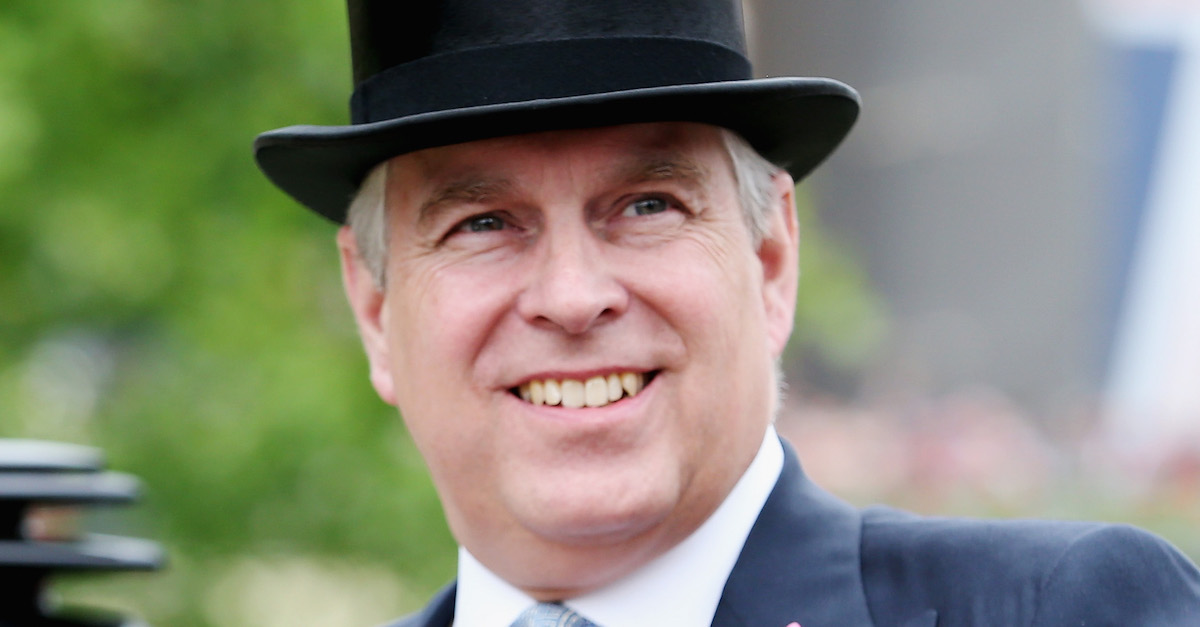 Just days ago, Britain’s Prince Andrew discussed his role in the Jeffrey Epstein scandal during a BBC interview that was compared to a “car crash.” On Wednesday, the Duke of York released a statement saying he would take a “step back from public duties for the foreseeable future,” with Queen Elizabeth’s permission.

It has become clear to me over the last few days that the circumstances relating to my former association with Jeffrey Epstein has become a major disruption to my family’s work and the valuable work going on in the many organizations and charities that I am proud to support.

Therefore, I have asked Her Majesty if I may step back from public duties for the foreseeable future, and she has given her permission.

I continue to unequivocally regret my ill-judged association with Jeffrey Epstein. His suicide has left many unanswered questions, particularly for his victims, and I deeply sympathize with everyone who has been affected and wants some form of closure. I can only hope that, in time, they will be able to rebuild their lives. Of course, I am willing to help any appropriate law enforcement agency with their investigations, if required.

Epstein, as Prince Andrew alluded to, officially died by suicide in prison weeks after he was arrested on child sex-trafficking charges in July 2019.

During the BBC interview, Prince Andrew was asked why it was that he decided to stay at Epstein’s home after Epstein’s first arrest and imprisonment in 2008 on charges of soliciting a minor for prostitution.

“It was a convenient place to stay,” he said.

“I mean I’ve gone through this in my mind so many times,” he continued. “At the end of the day, with a benefit of all the hindsight that one can have, it was definitely the wrong thing to do. But at the time I felt it was the honorable and right thing to do and I admit fully that my judgment was probably colored by my tendency to be too honorable but that’s just the way it is.”

There is even an image of Epstein and the royal taking a stroll in Central Park back in 2010.

The Duke of York was also asked about the specific allegations leveled against him by Virginia Roberts Giuffre.

“She says she met you in 2001,” BBC Newsnight‘s Emily Mailtis noted, “She says she dined with you, danced with you at Tramp Nightclub in London. She went on to have sex with you in a house in Belgravia belonging to Ghislaine Maxwell, your friend. Your response?”

The eighth in line of succession to the British crown was later asked again whether he recalled ever meeting Giuffre.

“No,” he said. He also put forth a now-infamous perspiration-based defense.

There is a photo of the two of them together, and Maxwell is in it. His lawyers have claimed in the past that the photo may be a fake.

Giuffre has consistently maintained she was only 17 when she was offered to the Queen’s son at a London townhouse by Epstein and Maxwell–Epstein’s alleged recruiter, groomer and even a pilot of the so-called “Lolita Express” airplane, which was allegedly used by the duo and several high-powered men to ferry and sex traffic dozens of underage girls to Epstein’s private island, Little Saint James.

As Law&Crime previously reported, the Federal Bureau of Investigation is currently working with Scotland Yard on an investigation into the prince’s contacts and relationship with Epstein.