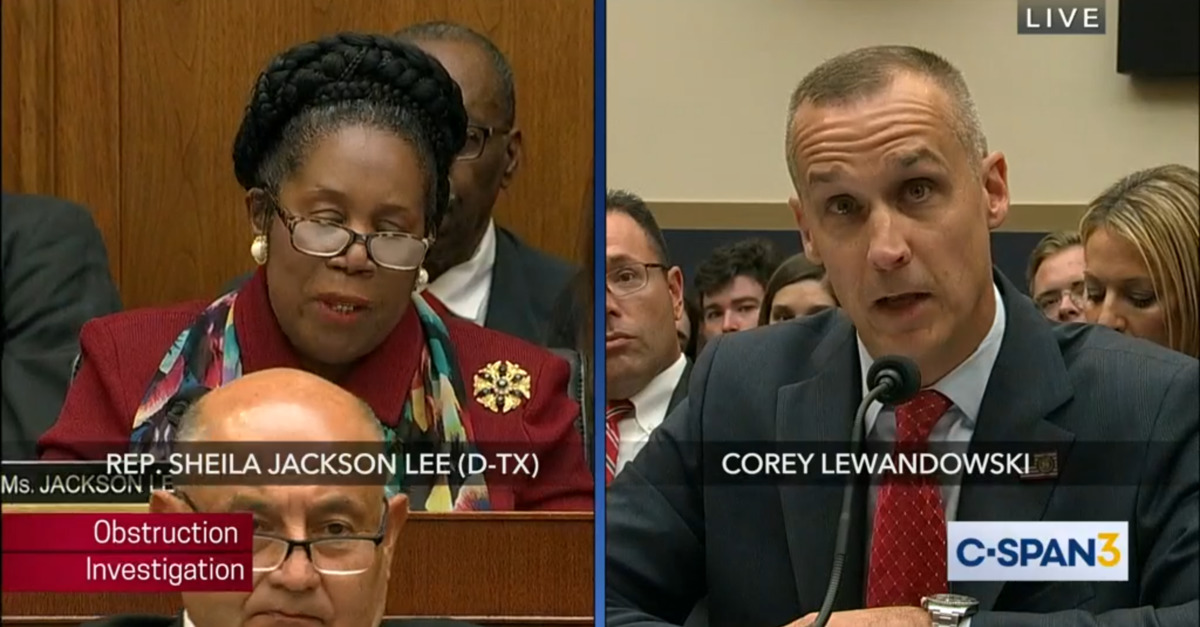 The tone of the mid-afternoon inquiry was set early by Committee Chair Jerrold Nadler (D-NY) who promised that House Democrats “will not be daunted by the cover-up,” while also griping about instructions from the White House to stay silent on various matters.

In a response letter sent to White House counsel Pat Cipollone on Tuesday morning, Nadler previewed his complaints about how the president’s legal team has “directed” Lewandowski “not to answer any questions about his communications with President Trump that would go beyond what has already been disclosed” in the final report issued by former special counsel Robert Mueller.

For all of Nadler’s complaints, however, the Democratic chair declined to threaten Lewandowski with any form of legal sanction for ignoring his subpoena by complying with the legally suspect privilege claim and ultimately said he would consider the White House’s claim.

But for whatever that privilege claim was worth in legal terms, Lewandowski apparently got the message and played his part.

During Nadler’s initial questioning session, Lewandowski repeatedly asked for direct citations to the Mueller report and then alerted his interrogators that he didn’t actually have a copy of the report in front of him. This performance ran down some time–each member of the committee has five minutes to question the witness–until House Democrats eventually realized they were being stonewalled.

The clock stopped and started over and over again during Nadler’s attempt to take charge of his own hearing. Multiple parliamentary procedure requests–and concomitant demands for roll call votes by House Republicans–took the hearings off the rails for awhile as Democrats struggled to play catch-up with their witness.

When Nadler finally managed to get his questions out, Lewandowski repeatedly answered with some iteration of the following:

I am trying to adhere to the White House request that I answer questions that appear in Mueller Report only.

After a long wind-up, Lee made reference to President Trump’s infamous request for Lewandowski to tell former attorney general Jeff Sessions to fire Mueller. After making note of that episode documented in the Mueller report, Lee then asked Lewandowski whether Trump told him that former White House counsel Don McGahn had refused to relay the firing request to Sessions.

“The White House has directed me that I not disclose any conversation the substance of any conversations with the president,” Lewandowski replied. Repeat attempts from Rep. Lee to get answers from the witness were similarly unsuccessful.

As the Texas Democrat finished up her time, Nadler directed Lewandowski to answer Lee’s final question.

In response Lewandowski said: “Could you repeat the question? I didn’t hear it. It was just a rant.”

The president’s once and future body man was a bit more conciliatory and forthright when questioned by the GOP.

“The Patriots,” Lewandowski said as Collins congratulated him on the season so far, “Tom’s the best.”

Nadler later remarked he was happy with Lewandowski’s answer about football.