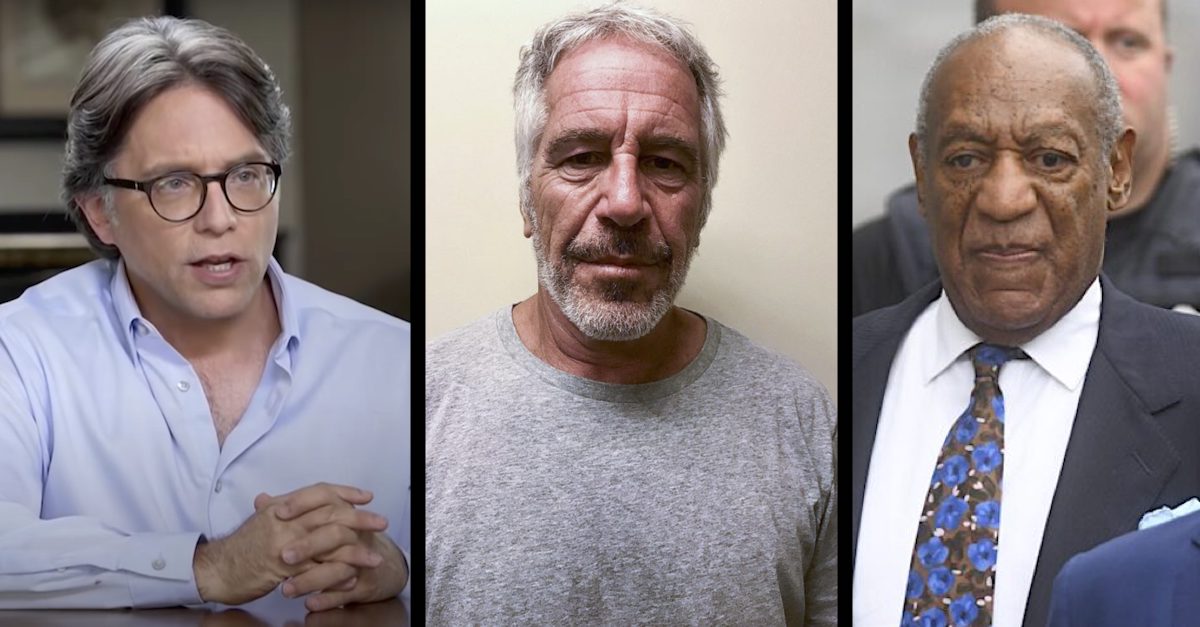 An attorney who once represented the now-dead pedophile Jeffrey Epstein signed up on Friday to represent the man convicted and sentenced to 120 years in prison for leading an alleged sex cult.

“I am admitted or otherwise authorized to practice in this court, and I appear in this case as counsel,” Fernich wrote in a document filed in the Eastern District of New York — citing Raniere as his client.

When asked by Law&Crime about the extent and the goals of the representation, Fernich said he was joining current counsel on the matter.

“Mr. Raniere has retained Jeff Lichtman and I to handle all aspects of his district court and appellate litigation,” Fernich said.

Presumably, that could include motions for a new trial and other appellate issues, though Fernich did not go into specifics.

Raniere was revealed to have been known as “Master,” “Grandmaster,” and “Vanguard” within NXIVM, which officially described itself as a self-help organization.  Raniere unsuccessfully attempted to proclaim his innocence throughout his trial and at his subsequent sentencing proceeding after conviction.  His defense attorneys during his trial — who did not include Fernich — called zero witnesses on his behalf, but rather claimed that the “distasteful” Raniere maintained a “disgusting lifestyle[]” that was not “criminal.”

That tactic — thus far — has done nothing to help Raniere’s case.

In a statement to CNN, Lichtman said Raniere made him aware of “significant new facts which call into serious question some of the most prejudicial evidence entered against [Raniere] at the trial.”  He cautioned those watching the case “to appreciate that everyone accused of a crime deserves justice and a fair trial, regardless of who they are and what they’ve been charged with.”

Lichtman previously represented drug kingpin Joaquin “El Chapo” Guzman and ex-mobster John A. “Junior” Gotti, who was convicted and imprisoned but later four times acquitted of criminal charges.  Fernich was also on both the “El Chapo” defense team and the Gotti defense team.

Fernich was vocal about Epstein, the pedophile who took his life in a New York jail in 2019, and lodged both strong and numerous complaints about the circumstances which led to his then-client’s death.

As the New York Post and Fox News both reported on August 10, 2019, Fernich blamed “overzealous prosecutors,” “pandering politicians,” “compliant judges,” “greedy plaintiff’s lawyers,” and a “hysterical press corps” for what happened to Epstein.

The defense lawyer said all of the above “seem[ed] to have a share of Mr. Epstein’s blood on their hands” and specifically called out prosecutors “bent on locking up a presumptively innocent man” who he said posed “no real danger or flight risk,” the Post said.  He further slammed the politicians “who wrote the restrictive bail laws that empower” prosecutors to keep defendants locked up prior to trial, according to the report.

Fernich also called out Epstein’s jailers for “recklessly” putting his client in harm’s way and “heedlessly placing his life at risk and failing to protect him,” the report says.  And the press, Fernich said, was “clamoring to recharge Mr. Epstein with dated crimes for which he’d long since paid his debt to society under an arm’s length plea deal — just because he had the misfortune to be a wealthy man in the #metoo era whose former prosecutor happened to take a job with President Trump.”

“Greedy plaintiff’s lawyers . . . instigated and exploited the media frenzy to line their own pockets,” Fernich continued in that 2019 bout of criticism. “Breathless reporters [were] excavating every corner of Mr. Epstein’s life to pile on, tear him down and kick him at his lowest — while still presumed innocent, before he’d had his day in court.”

Fernich’s full statement at the time is contained within the Fox News report.

Attorneys Marc A. Agnifilo of New York, Teny Rose Geragos of New York, and Danielle Renee Smith of Albany were, but no longer are, affiliated with Raniere’s case, according to court records.

[image of Raniere via Investigation Discovery screengrab/YouTube; image of Epstein via the New York State Division of Criminal Justice; image of Cosby via Mark Makela/Getty Images]