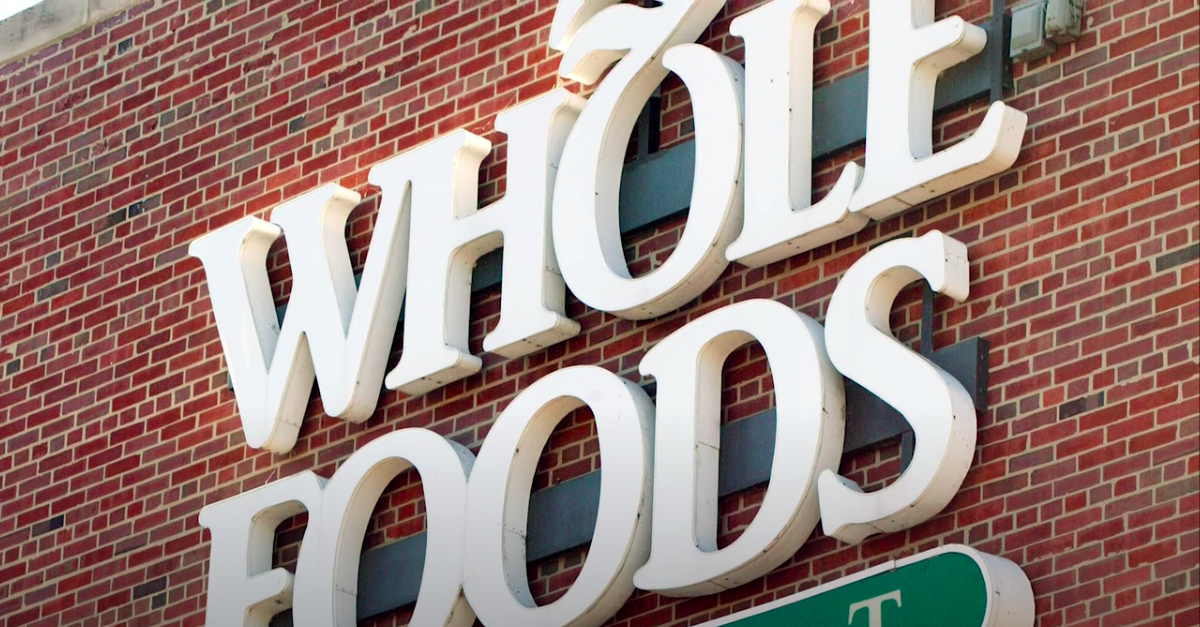 When life gives you lemons, you make lemonade. When a multinational supermarket chain allegedly represents one of its products is made with real lemons but instead allegedly gives you lemon “taste” derived from a non-lemon source, you file a federal lawsuit accusing the company of deceptively labeling said product.

That’s what happened to Whole Foods this week, when a proposed class action lawsuit was filed in the U.S. District Court for the Southern District of New York (SDNY) accusing the grocer of “false, deceptive, and misleading” labeling of its “Lemon Raspberry Italian Sparkling Mineral Water.”

According to the class action complaint filed by attorney Spencer Sheehan on behalf of plaintiff Kevin Kelly and other purchasers, the sparkling water’s “Lemon Raspberry” verbiage, when coupled with accompanying pictures of fresh lemons and fresh raspberries, is specious because the sparkling water “lacks an appreciable amount of these ingredients.” (You may remember Sheehan as the attorney who filed suit against King’s Hawaiian on Christmas Day for not actually making the product in Hawaii).

“Contrary to the representations, the Product does not contain an appreciable amount of lemon and raspberry ingredients, nor is its flavor only and/or predominantly from lemons and raspberries,” the lawsuit alleges. “The front label statement, ‘With Organic Flavors,’ fails to disclose that these organic flavors consist of non-lemon and non-raspberry flavors and that the Product lacks real lemon and raspberry.”

The ingredient listing — which says the product contains “carbonated mineral water” and “organic natural flavors (raspberry, lemon)” — also fails to cure the alleged misrepresentation because the sparkling water’s flavor mainly comes from “fruits other than lemons and raspberries,” the lawsuit claims.  From court document, at length:

First, while it purports to tell consumers that the “Organic Natural Flavors” may contain some raspberry and lemon flavor, it fails to tell them it mainly consists of flavors from fruits other than lemons and raspberries.

“[Organic] Natural Flavor” is the term used where multiple extractives from real fruit ingredients, along with additives and solvents, are combined in a laboratory.

Second, consumers will not understand why the parenthetical lists only “Raspberry” and “Lemon,” and will reasonably expect these ingredients in the Product.

Because lemon oil and raspberry oil or raspberry extract are not separately identified ingredients, it means that any real lemon or raspberry flavoring is at most a de minimis or a trace amount and is part of the “Organic Natural Flavor.” ingredient.

According to flavor expert Bob Holmes, “If you were getting all the flavor depth of the lemon [or raspberry] itself, the label would likely read ‘lemon juice’ or ‘lemon oil,’ not ‘natural lemon flavor.’”

The Product’s “Organic Natural Flavor” instead consists of flavor compounds which imitate the taste provided by lemons and raspberries.

These compounds are cheaper than using real lemons and raspberries, and more concentrated, so less of these ingredients needs to be used.

“The Product lacks a characteristic lemon and raspberry taste,” the lawsuit goes on to claim.

The complaint also alleges that if the sparkling water were to be tested in a lab, the results would support the notion that real raspberries were not used to flavor the beverage. Instead, they results would allegedly show (under this prediction) that one of “at least 30 compounds” that give raspberry oil or raspberry extract there flavor.

“Lab analysis [would reveal] a relative abundance of raspberry ketone compared to the other key odor-active compounds, which indicates a de minimis amount of real raspberry,” the suit alleges. “The Product lacks an authentic raspberry taste because though it may contain raspberry ketones, it lacks the complementary flavor compounds.”

Consumers may additionally value the nutritional value provided by having real lemons and raspberries in a product, the suit claimed, noting that lemons are high in vitamin C and raspberries contain omega-3 fatty acids.

Again, from the lawsuit document:

Defendant’s omission and failure to disclose the relative absence of lemon and raspberry ingredients is deceptive and misleading to consumers.

Reasonable consumers must and do rely on defendant to honestly describe the components of the Product.

Defendant misrepresented the Products through affirmative statements, half-truths, and omissions.

Defendant sold more of the Product and at a higher price than it would have in absence of this misconduct, resulting in additional profits at the expense of consumers.

Had plaintiff and the proposed class members known the truth, they would not have bought the Product or would have paid less for it.

In a statement to Law&Crime, Sheehan said the current pandemic has made consumer health considerations a top priority in selecting food products.

“Especially now when consumers are seeking ingredients with tangible benefits for their well-being, it’s not fair to deprive them of the full nutritional value they expect from a product,” he said.

The suit is seeking an order directing Whole Foods to correct its label, restitution for members of the class, and monetary damages of an unknown amount. It alleges violations of New York State’s Consumer Protection Statutes, breaches of various warranties, negligent misrepresentation, fraud, and unjust enrichment.

Whole Foods said the company does not comment on pending litigation.